Quality Inn & Suites, Garden of the Gods
Lowest prices for your stay
Lock in the lowest price from these sites
US$116
US$103
Reserve now, pay at stay
View deal
QualityUS$103
Expedia.comUS$103
PricelineUS$103
FindHotelUS$103
Hotels.comUS$103
Lol.travelUS$116
View all 18 deals
Prices are the average nightly price provided by our partners and may not include all taxes and fees. Taxes and fees that are shown are estimates only. Please see our partners for more details.
ellag583
Colorado Springs, Colorado
1

Review of Quality Inn & Suites, Garden of the Gods
Reviewed March 26, 2021 via mobile

The receptionist was unnecessarily disrespectful to myself and girls from my college soccer team. She threatened to kick us out of the lobby because our chatting “bothered her”. The way she spoke to us was unacceptable and it was no way to speak to guests.
The hotel and rooms also smelt very strongly of cigarettes.

See all 590 reviews
Nearby Hotels 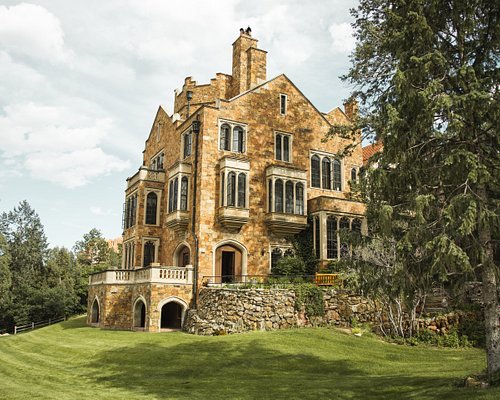 Expedia.com
View deal
Free cancellation
Reserve now, pay at stay
Hotels.com
US$175
Orbitz.com
US$175
Travelocity
US$175
View all 8 deals from US$175
178 reviews
4.5 km from Quality Inn & Suites, Garden of the Gods

Taking safety measures
We compared the lowest prices from 8 websites 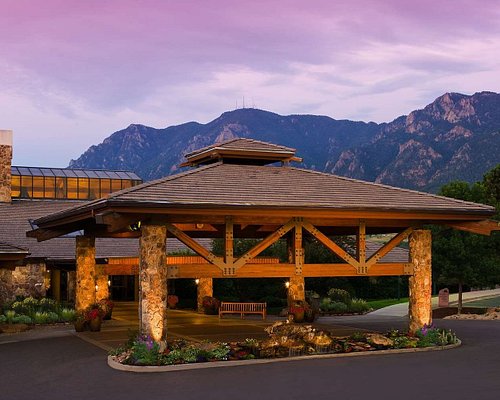 Taking safety measures
We compared the lowest prices from 20 websites
Top Rated
Breakfast included
Best Western Plus Peak Vista Inn & Suites
US$179
US$158
Booking.com
View deal
Reserve now, pay at stay
BestWestern.com
US$158
Expedia.com
US$158
getaroom.com
US$179
View all 19 deals from US$158
2,211 reviews
4.8 km from Quality Inn & Suites, Garden of the Gods

Taking safety measures
We compared the lowest prices from 19 websites
Hotel Elegante Conference & Event Center
US$168
Booking.com
View deal
Free cancellation
Expedia.com
US$160
Trip.com
US$97
FindHotel
US$105
View all 18 deals from US$97
1,126 reviews
11.4 km from Quality Inn & Suites, Garden of the Gods

EmbassySuites.com
View deal
Free cancellation
Reserve now, pay at stay
FindHotel
US$194
Destinia.com
US$88
Hotels.com
US$194
View all 19 deals from US$88
556 reviews
4.9 km from Quality Inn & Suites, Garden of the Gods

We are in the process of traveling south to Phoenix and wanted to stay near the Garden of the Gods so when we hit the road, we could visit and then hop back on I25.
Went to check in and the guy at the counter was all business, got us checked in and pointed us to the entrance.
Odd layout, have to go to the back corner of a building to access the hotel rooms instead of a normal main entrance.
The room was great! Clean, nice comfy bed, bathroom was great as well, spotless and clean.
My issues:
As someone who has driven a number of miles in the last year and half cross crossing the USA hauling cars and equipment, I like hotels with lights bright enough to give a sun tan.
Now here at this location...one lot was pitch black no lights on the east side.
The west side, towards the south end of the lot was also blacked out.
Closer to the west side it was somewhat lit up.
Overall, frankly the Parking lot is barely lit at night and sketchy.
We had a run in with two car loads of guys just camped out in the lot, that were extremely twitchy, nervous and one guy spooked my wife bad enough to warrant calling the non emergency police line.
At 130am, wasn’t looking like they were up to any good. Tried calling the front desk and no answer after a couple tries, so I called the non emergency police number.

We had already checked in, otherwise I’d had realistically considered a different hotel based on these issues.
Again the room itself is great but outside...just a random experience and a concern at least for us.

This review is the subjective opinion of a TripAdvisor member and not of TripAdvisor LLC
Nicolelynette
Rogers, Arkansas
10723
Reviewed October 15, 2020 via mobile
BAD HOTEL

I didn’t have high expectations for this place but this was ridiculous. The first room we went into had hair all over the bathroom floor and had hair in the beds. The chair they also had in there was disgusting!!!

They put us in a second room which was nice but same problem hair in the beds!!!

I am in the process of a refund but forewarning stay away!!

Thank you for taking the time to write a review. We appreciate all feedback. We apologize for the situation as we did have a human error where we checked you into a room that had not been serviced yet. My staff apologized and rectified the situation. We did not hear about further issues from you after relocating you into a new room. Please reach out directly so we can get more information

Report response as inappropriateThank you. We appreciate your input.
This response is the subjective opinion of the management representative and not of TripAdvisor LLC
chuck k
Madison, Wisconsin
19466
Reviewed September 5, 2020
Choice Hotels WIll Cheat you If You Cancel

We book a non cancellable room here and due to the fires, our trip got cancelled. No problem, fair is fair and we paid for the non show. Then we found out that Choice Hotels refused to give us points for the stay which, of course, cost us the regular price. The hotel even got the benefit of not having to clean the room! Yet they cheat me out of the points? We'll take our business elsewhere. In this COVID ear, it's bad enough you may have to cancel but to get cheated to boot!!!! No more for me!

I am sorry this happened to you. We would suggest you reach back out to Choice Customer care and ask to speak to a supervisor. Please reach out to the property if we can be of any assistance.

Report response as inappropriateThank you. We appreciate your input.
This response is the subjective opinion of the management representative and not of TripAdvisor LLC
EggNut
Lee's Summit, Missouri
141
Reviewed August 11, 2020 via mobile
Extra charges!!!

Booked two rooms for our family, and I was told one price online, and paid it ahead. When we got there, they sucked $100 more out of our account for “incidentals,” NOT tax, and said it would be refunded later. We are still $100 shy of our trip money and it is now 5 days later and our trip was stressful without those funds. AVOID!
Plus side: beds were comfy.

Thank you for taking the time to write this review and I apologize if the incidental hold added extra stress to your trip.

I did want to inform you that this was not a charge but an authorization mandated by the credit card company to ensure that you have funds available for any extras that come up. This could include making long distance calls on the phone, ordering pay per view movies or having items dry cleaned.

This is just a "hold" placed on your card and it is released as soon as you check out on our end however it can take typically 7-10 business days for the hold to be released by your credit card company. In some cases it can take longer depending on your finiancial institution. This is an industry standard across hotels throughout the world in conjunction with the major credit card companies.

I apologize for the confusion and you believing you were charged extra. I would be glad to help you if you would reach out to see if there is anything I can do in conjunction with the credit card company to get this released to you

Report response as inappropriateThank you. We appreciate your input.
This response is the subjective opinion of the management representative and not of TripAdvisor LLC
Michael B
2822
Reviewed July 25, 2020 via mobile
Move on down the road!

Recently stayed here. Wow the place has really run down since I last visited! Had a room where BOTH bedspreads AND linen were dirty and stained. Also toilet didn't function properly! Move on down the road, there are two other LaQuinta Inns just south of this one. It's worth the extra few bucks!!

Trip type: Travelled with family
Ask Michael B about Quality Inn & Suites, Garden of the Gods
Thank Michael B

Thank you for taking a moment to review your stay with us. I am saddened to hear about the lack of of cleanliness of your room. I will personally work with our team to make sure this no longer gets overlooked. We hope you give us another chance so you may receive the stay you deserve. If you'd like to speak with us further regarding your stay, please don't hesitate to contact us by leaving a private message.

Report response as inappropriateThank you. We appreciate your input.
This response is the subjective opinion of the management representative and not of TripAdvisor LLC
View more reviews
PreviousNext
12…99