US$59
View deal
Expedia.comUS$59
Hotels.comUS$59
TravelocityUS$59
CheapTicketsUS$59
Orbitz.comUS$59
TripadvisorUS$59
View all 12 deals
Prices are the average nightly price provided by our partners and may not include all taxes and fees. Taxes and fees that are shown are estimates only. Please see our partners for more details.
ScottH311
Brunswick, Maine
6719

Keep driving you can’t be that that tired

This was the only place available under $200. Had to dodge the substance abusers in the parking lot. Had two offers for company before I made the front door. The front desk is behind bulletproof glass and rightfully so. The sign says no extra guests after 10pm. And absolutely no refunds. The noise was incredible all night long but the fire alarm at 4 am was the kicker. I left, the manager said it was a false alarm but I saw no fire truck and decided to leave.

Trip type: Travelled on business
See all 13 reviews
Nearby Hotels 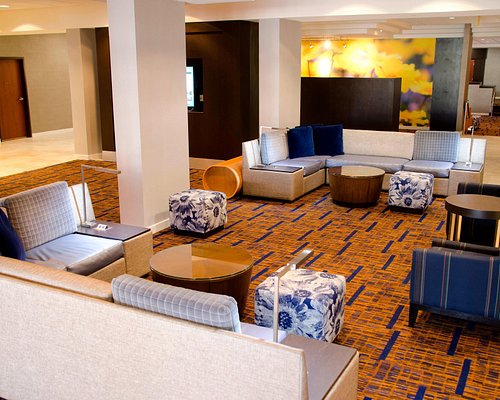 Courtyard by Marriott Waterbury Downtown
US$110
US$85
Booking.com
View deal
Free cancellation
Reserve now, pay at stay
Priceline
US$85
Courtyard
US$85
StayForLong
US$110
View all 19 deals from US$85
378 reviews
0.9 km from Waterbury Big Apple Motel

Everything that could be wrong about this place is. Crackheads and prostitutes outside, burnt holes in the sheets and feces under the mattress. Litter box smell when you first enter your room. Rude lobby staff. The tv channels were snowy. Absolutely nasty and dangerous needs a health department check!

This review is the subjective opinion of a TripAdvisor member and not of TripAdvisor LLC
Sebjit69
1
Reviewed June 24, 2019
Lifesavers

Happened to find this place during a family road trip. After having no luck finding a hotel with reasonable prices we almost gave up looking. Then after stopping in Waterbury to get gas we found this motel. The staff at the front desk were very helpful and friendly. The location is right in the center of Waterbury which makes it easier to get to and to find food. Rooms were almost spotless and the prices were great. I would definitely recommend this motel to anybody who is passing through the area and needs a place to stay without worrying about getting their money’s worth.

This review is the subjective opinion of a TripAdvisor member and not of TripAdvisor LLC
Umarusa22
1
Reviewed June 24, 2019
Cheap and Quick!

Paid $80 for a room that was surprisingly spacious and the check in process was like 2 minutes! The free wifi was fast. The shower was hot just like I wanted and there were plenty of towels. Would definitely stay again!

This review is the subjective opinion of a TripAdvisor member and not of TripAdvisor LLC
joetm684
1
Reviewed December 23, 2018
I thought my stay here was awesome and i did have my doubts

I Live in waterbury so i know the area , but the rate was in my price range I stayed two nites due to no power at my home. I thought the staff was awesome. The room small but it was only me very clean room. I am a smoker and i did get a smoking room which i prob wont due again even though im a smoker at first the cig smell bothered me but thats my fault i smoke. in ending very nice motel great service from front desk. thank you

This review is the subjective opinion of a TripAdvisor member and not of TripAdvisor LLC
skyhorse313
Akron, Ohio
11
Reviewed October 6, 2018 via mobile
Worst travel experience we ever had

We are traveling and are hours from our home state so we booked the big Apple motel, we get there and are several people waiting, the lobby is small unclean and there are intoxicated people everywhere, Beside the point but we told them we had reserved a room but before even asking our name for the reservation they said they have no rooms and are fully booked then expect us to leave, then we asked what happened to the non-refundable charge and they told us to call Priceline to get information because they can’t help us. So we call Priceline and they say that the motel told them that we have already been given a room and an upgrade, which did not happen. the original room was 85+ tax and they said we have been upgraded to 125+ tax, which beforehand had not been discussed and we had been told there were no rooms so we left shortly after to continue our travels. We had nearly gotten scammed by this motel, We will never go to the Big Apple motel again.