Comfort Suites
Lowest prices for your stay
Lock in the lowest price from these sites
US$113
US$101
View deal
Expedia.comUS$101
Comfort SuitesUS$101
PricelineUS$101
Hotels.comUS$101
TripadvisorUS$101
ZenHotels.comUS$113
View all 18 deals
Prices are the average nightly price provided by our partners and may not include all taxes and fees. Taxes and fees that are shown are estimates only. Please see our partners for more details.
Karen M
Nikiski, Alaska
16848

The room was beautiful and the bed great. The negative was because of a clerk who was unfriendly. She insisted that my husband check us in because his name is on the Choice card. I explained that he couldn’t walk far. She insisted. I went and got him. I check us in normally with no problem. After we got off the elevator we discovered our room was the very farthest one. After I told her that my husband had trouble walking. The morning clerk, checking out, was great.More

Your review and rating of our hotel mean a lot to us, and we thank you for taking the time to share this experience. I am happy to see the high rating and to read the pros of your experience, yet I regret to hear that you weren't thoroughly impressed with our staff. We do not tolerate such kind of behavior from any of our staff and management. Our team is working hard to make sure our guests are comfortable and are receiving the best service. t. I am sorry that we failed to do this during your most recent stay. We do hope that you'll return to see how we are continuously improving to impress our guests more with each visit.

Report response as inappropriateThank you. We appreciate your input.
This response is the subjective opinion of the management representative and not of TripAdvisor LLC
See all 102 reviews
Nearby Hotels 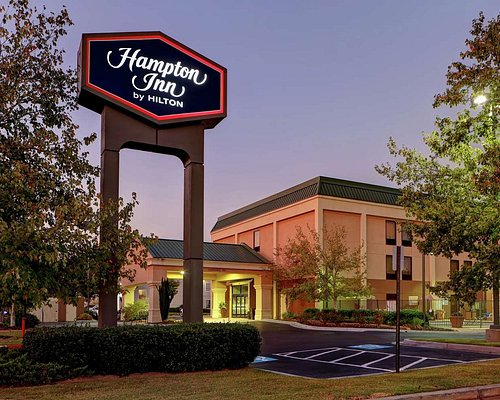 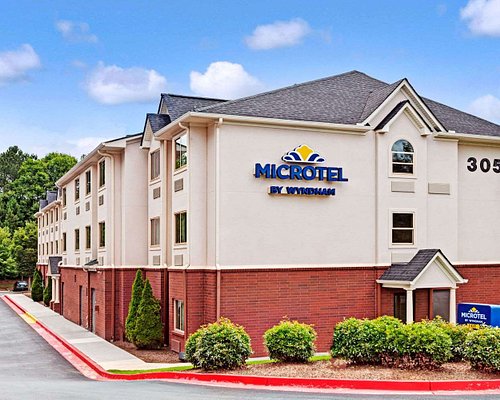 Top Rated
Breakfast included
Microtel Inn & Suites by Wyndham Woodstock/Atlanta North
US$95
US$85
Tripadvisor
View deal
Pay up to 12X
Booking.com
Hotels.com
ZenHotels.com
US$95
View all 20 deals from US$85
605 reviews
1.3 km from Comfort Suites
We compared the lowest prices from 20 websites

Breakfast included
Hampton Inn Atlanta/Woodstock
US$80
US$70
Tripadvisor
View deal
Pay up to 12X
Booking.com
Hampton.com
US$80
Travelocity
View all 18 deals from US$70
485 reviews
0.1 km from Comfort Suites

We have stayed at this property several times previously and have always been satisfied. Our experience this time has been very disappointing and despite several attempts to talk to the manager, we have never received a call.
We stayed for 12 nights and had 2 days with no housekeeping services and had to move our room due to excessive noise.
We will use different accommodations in the future for our stays.

I am so sorry that our housekeeping staff unable to clean your room at that time and thank you for bringing this matter to our attention so that we can make sure no future guestexperiences the same inconvenience. We greatly appreciate your loyalty and we sincerely apologize for the problems that you encountered while with us. I hope you will change your mind about seeking out new accommodations in the area and that you'll give us another chance to change your perception of our hotel.

Report response as inappropriateThank you. We appreciate your input.
This response is the subjective opinion of the management representative and not of TripAdvisor LLC
kobaa727
1
Reviewed May 1, 2020 via mobile
Breakfast

Been staying at this hotel for over six months. The last two months there has been no breakfast at all. That’s 7$ a day, five days a week, 140$ per month I’ve spent on breakfast because they use the corona virus as an excuse to be cheap.

Your review and rating of our hotel mean a lot to us, and we thank you for taking the time to
share this experience. I hope you will accept our sincerest apologies for the service that you did not receive regarding
the necessity of correcting such issues as quickly as possible. I do hope you'll return and let us show you a far better experience.

Report response as inappropriateThank you. We appreciate your input.
This response is the subjective opinion of the management representative and not of TripAdvisor LLC
Tina B
Statesboro
41
Reviewed December 9, 2019
Terrible experience

Stayed there w/25 ball team girls. Also had 5 sets of parents/families. The night shift desk clerk was very rude to everyone, including the adults. Walking around in bedroom slippers, could not assist in getting towels until the next morning, and did not know how to manage 8 different room keys! We contacted the manager, he gave us what we wanted to hear. He also stated that he had problems with her also and was going to fire her because of so many complaints. Our team returned 3 weeks later for another tournament. Guess who was desk clerk? Same rude problems!

Ask Tina B about Comfort Suites
Thank Tina B

Thank you for bringing to our attention your experience with our staff and comments regarding your stay in our hotel. We apologize if our staff has been rude to you or that they were not treating you as best as they can. Please give us time to investigate the matter of your concern so we can do appropriate actions. We hope you'll return someday to see how we have addressed and improved upon the issues that you have expressed, thanks to your valuable feedback.

Report response as inappropriateThank you. We appreciate your input.
This response is the subjective opinion of the management representative and not of TripAdvisor LLC
iamtravelinpam
Atlanta, Georgia
38104
Reviewed October 1, 2019
Simply not fair

My first question is the pool open, my second, is it clean, yes to both. I then explained I just want to use the pool because my trip to Florida got cancelled and I was bummed and I really need to exercise because of my foot injury. I even said they could give me a room that hadn't been cleaned because I wouldn't be using the room but I would be coming back the next morning and requested a late check out so I could swim the next day. I actually spent 12,000 hard earned points for this. Was disappointed because the pool was not clean but I swam an hour or two until the sun went behind the building and went home. When I arrived early the next morning, the pool was being inspected so I hung around the lobby and talked to Helen, a very nice lady, made an ubereats run while killing time, but when I returned I was told the pool was closed because it didn't pass inspection. You don't know how disappointing this was considering I had only wanted to use the pool. But when I asked if I could return the next morning just to swim the manager, maybe Roy? refused.. even fudged about the times when customer service called him. 12,000 points and an empty pool, no one even using it. I was obviously just wanting to swim and exercise, wasn't hurting anyone, and that was the condition when I made my reservation. On top of the fact I am a gold member, entitled to late checkouts. Didn't use the room, what would it have hurt Roy? What happened to the America where a business cared about their customers and would have made at least a little effort to make it right, instead he wouldn't even answer the phone because he knew it was me. No class and totally unfair.

Thank you for sharing your experience, and I am very sorry for the inconveniences that you
encountered during your stay. I assure you that the pool is cleaned on a regular basis, including weekly special treatment and I want to apologize for the temporarily dirt in which you found it. I hope that you will consider staying with us again so that we can have another chance to provide you with a superior experience.

Report response as inappropriateThank you. We appreciate your input.
This response is the subjective opinion of the management representative and not of TripAdvisor LLC
WaterBoyzz
Fredericksburg, Virginia
5613
Reviewed September 24, 2019
OK but not great.

Stayed for a week.

The breakfast was ok. The exact same thing every day.

Room was very spacious. More than most that I've stayed in. The facility seems to have been updated recently based on some of the reviews. Staff was friendly. It is not the Ritz but my checkbook approved.

Thank you for your kind words! I'm glad that our services, hospitality, and accommodations exceeded your expectations and hope that you experience the same comfortable stay during your next visit! We look forward to welcoming you back during your next stay in the area.