DO NOT STAY HERE!!! - Review of Best Western O'Fallon Hotel

Probably my worst hotel experience. I will never attempt to stay at the Best Western/O'Fallon Illinois again. We had incorrect rooms, was given two other rooms, but both had major issues. Messy beds, dirty floors, broken elevator buttons, clothes hanging in our closet, smelled like smoke, light bulbs missing above mirror, etc. There was even another family checking into the room across from us who complained about a dirty room, toothpaste on mirror and that it smelled like marijuana. They left as well. The young lady at the front desk felt terrible and said that we could leave because there were no other rooms available and that we would not be charged. When I returned from our trip I realized we were charged for two rooms and more than quoted in our reservation. When I called the hotel I was given the run-around that I'd have to call back and talk to the manager. Still have not reached a resolution. We ended up staying at the Drury Inn.. fantastic hotel!More

Show less
Room tip: rooms at any other hotel are better
See all 363 reviews
Nearby Hotels 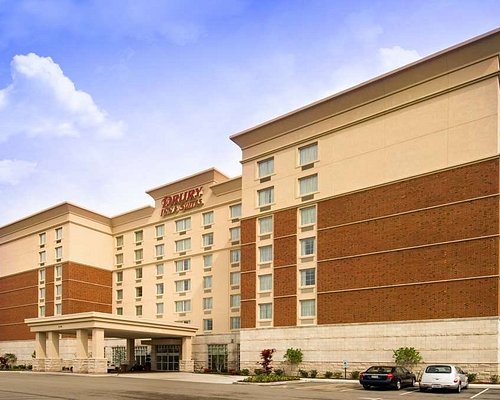 Unfriendly staff.
Staff not masked and unvaccinated.
Will not be staying here again.
What else is there to say but Tripadvisor requires 200 characters so this is just filler to meet the two hundred character requirement.

Review collected in partnership with Best Western
This business uses tools provided by Tripadvisor (or one of its official Review Collection Partners) to encourage and collect guest reviews, including this one.
Ask May20212021 about Best Western O'Fallon Hotel
Thank May20212021

This review is the subjective opinion of a TripAdvisor member and not of TripAdvisor LLC
lindabU5137CV
Norfolk, United States
306
Reviewed May 10, 2021
No room even with reservation.

A confirmed reservation was made at this hotel by our family member. Upon arrival, at 11:30 on a Friday night, we were informed there had been a pipe burst at 3:00 and they did not have a room. No phone call, text or email was ever received after the pipe burst. At 11:30 at night we were forced to try to find a room. Not a huge deal except we had a 3 month old and a 20 month old. Seriously, we understand the pipe burst - but not contacting us was unacceptable! The guy at the front desk did not offer any help finding a hotel or any apology for not contacting us.

Management here need to be more worried about customer service.

This review is the subjective opinion of a TripAdvisor member and not of TripAdvisor LLC
Peter M
brevard nc, United States
2
Reviewed May 3, 2021
Never again in Ofallon IL

Room was not clean. Sheets looked as is they had been slept in, though they smelled fresh. Piece of candy wrapper between sheets. Candy on floor beside bed. Floor in front of sink very dirty. Long blond hair in sink (mine is gray and short). Dried feces on inside side of toilet. Clogged toilet in the lobby.

Review collected in partnership with Best Western
This business uses tools provided by Tripadvisor (or one of its official Review Collection Partners) to encourage and collect guest reviews, including this one.
Ask Peter M about Best Western O'Fallon Hotel
Thank Peter M

This review is the subjective opinion of a TripAdvisor member and not of TripAdvisor LLC
tiffanyabby26
1
Reviewed May 3, 2021
Horrible

Front desk staff was very unprofessional and rude. Hotel was very very dirty and smelled of weed. Was made to wait until 4 pm to check in and my room hadn’t been cleaned yet and was still dirty after housekeeping left.

Review collected in partnership with Best Western
This business uses tools provided by Tripadvisor (or one of its official Review Collection Partners) to encourage and collect guest reviews, including this one.
Ask tiffanyabby26 about Best Western O'Fallon Hotel
Thank tiffanyabby26

This review is the subjective opinion of a TripAdvisor member and not of TripAdvisor LLC
bxmt54
Central Florida, Florida
2328
Reviewed April 26, 2021
Don’t go there!

On line reservation was not available when we arrived...was told no rooms were available and reservation had been cancelled. After waiting awhile, a room was offered but needed to be made up. I made reservation using 16,000 points for stay but was charged $92.65 on credit card. Attempted at check out to get that resolved but am not sure it was resolved or not. NO coffee available in the lobby in the morning...argument between staff on who was going to make it. No cups in room to use in room coffeemaker. We were given a brown bag to go consisting of a sausage biscuit and muffin. No bath mat for
tub or hand rail to use getting in and out of shower. No management on sight...desk personnel had to contact them by phone. No ice water available in lobby. Checkin agent was LaNita, check out was Darrell.

Review collected in partnership with Best Western
This business uses tools provided by Tripadvisor (or one of its official Review Collection Partners) to encourage and collect guest reviews, including this one.
Ask bxmt54 about Best Western O'Fallon Hotel
Thank bxmt54