Worst customer service EVER!!!! - Review of Quality Inn O'Fallon I-64

US$89
US$86
View deal
PricelineUS$89
Hotels.comUS$89
TravelocityUS$89
View all 12 deals
Prices are the average nightly price provided by our partners and may not include all taxes and fees. Taxes and fees that are shown are estimates only. Please see our partners for more details.
Kellifortner777
1

We checked in at 4pm gave our confirmation number to be told that the hotel was overbooked and they had to give our room away!!! Can they really do this? I was FUMING. I said what are you going to do to make this right, he said oh, there's nothing we can do. Another person then called me back to let me know again there was nothing they could do. She said her manager would call me and of course he didn't. They need to be reported!!! Can you imagine traveling and having your room given away????

Trip type: Travelled as a couple
See all 153 reviews
Nearby Hotels 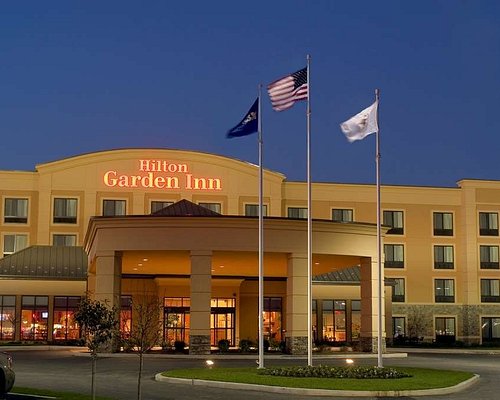 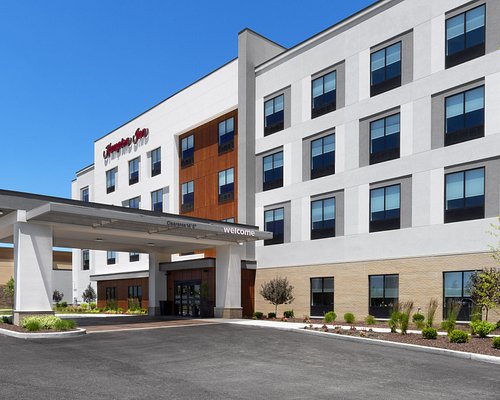 We spent one night here picking the Quality Inn over the Drury Inn just down the Interstate a mile or so as the Drury was ridiculously priced - more than double the cost. We usually pick the Drury in this location as prices are usually more competitive but not this time (February 7, 2020). Anyway, the Quality Inn is ok, convenient to I-64 with what appeared to be a lot of retail in the area. We arrived after 10 pm, so there was no need for us to do anything but turn in.

The bed was comfortable, same with the pillows. WiFi worked well. I have two complaints. The first is that the coffee in the morning was very weak. We did notice a typical breakfast fare for this type of facility: juice, bagels/bread, waffles, eggs, cereal, etc. The second complaint was that about 5 am, people in rooms around us (we could not tell the exact location or how many rooms were involved) began moving around, using water, etc. There was a noticeable banging in the wall when the water was running. Sort of a bang, followed by a few seconds of silence, followed by another bang, etc. This continued for what appeared to be 5-10 minutes while the other guests were apparently getting ready to leave.

We would probably pick another hotel in O'Fallon, IL in the future.

This review is the subjective opinion of a TripAdvisor member and not of TripAdvisor LLC
Sharon U
186
Reviewed January 28, 2020
Best Customer service ever

I booked this hotel for a group of out of town friends. Victor at the front desk was a joy to work with from the very beginning to the end. I have never had such good service anywhere I have been. Would recomed to anyone. Hotel priced well below all the other ones nearby.

This review is the subjective opinion of a TripAdvisor member and not of TripAdvisor LLC
Evan E
Saint Louis, Missouri
197275
Reviewed January 4, 2020
great pool somewhat

the front desk was not friendly or helpful at all. The rooms were okay except that the tv didnot have a lot of channels like maybe 40 if that. they had a pool with a hot tub that had bubbles. this hotel is older than most.

This review is the subjective opinion of a TripAdvisor member and not of TripAdvisor LLC
Rosemary M
Cresco, Iowa
8811
Reviewed December 28, 2019
Only good for a short stay

Front desk was rude when we checked in. It had snowed a week before and it “hadn’t gotten warm enough” to melt the snow under the portico or in most of the parking area. What a lame excuse. Clean room but most of hotel needed updating. Difficult to even find entrance to motel. Typical motel breakfast fare. This Quality Inn did not meet standards from others I have stayed at.

This review is the subjective opinion of a TripAdvisor member and not of TripAdvisor LLC
Becky M
2
Reviewed October 26, 2019
Kind,Friendly,Great Service!

After terrible customer service at a previously booked Hotel, we came to the Ofallen 64 Quality Inn tired and desperate.
The hotel staff welcomed us with open arms and found us a room immediately. Our room was immaculate and so comfortable.
We come yearly to Ofallen for sports tournaments and will definitely be returning here!