Sheraton Metairie - New Orleans Hotel
Lowest prices for your stay
US$109
View deal
Free cancellation until 21-05-21
Reserve now, pay at stay
US$109
US$93
View deal
SAVE US$16

Sheraton.comUS$93
FindHotelUS$109
PricelineUS$93
View all 19 deals
Prices are the average nightly price provided by our partners and may not include all taxes and fees. Taxes and fees that are shown are estimates only. Please see our partners for more details.
tonyf308
41

Excellent Jacuzzi tub, spacious room, great restaurant with awesome New Orleans cuisine selections. Knowledgeable bar staff, nice pool area for what was supposed to be a rainy day ended up being a relaxing spot next to the gym. 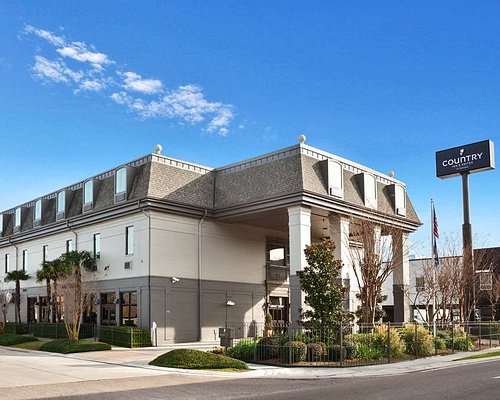 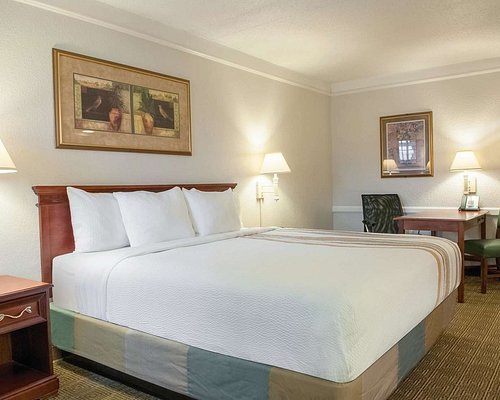 Breakfast included
La Quinta Inn by Wyndham New Orleans Veterans / Metairie
US$78
US$55
Booking.com
View deal
FindHotel
US$61
Tripadvisor
US$55
ZenHotels.com
US$78
View all 19 deals from US$55
561 reviews
5.2 km from Sheraton Metairie - New Orleans Hotel
We compared the lowest prices from 19 websites

This is not a hotel we would visit again.

Upon check-in we could hear the toilet leaking and filling up every 15 minutes or so. We called the front-desk and they sent up someone who replaced the flapper. Unfortunately, this did not fix the issue and we continued to hear it fill up throughout the night. After 3 hours, we realized the room was not cooling, so once again we had to call to get that fixed. Other issues were the carpet was dirty and had several stains, and the bed was very hard and uncomfortable.

The one bright spot was the maintenance man that they sent up. He was very friendly and did his best to resolve the issues. He even brought us two vouchers for a complimentary breakfast.

Thankfully we didn't have to pay for that breakfast, because it was horrible. Had I paid the $30 for the two of us that it normally would have cost, I would have been very unhappy. I've had many continental breakfasts that were better than what was served here.

I was really expecting a much better experience with it being a Sheraton.

This review is the subjective opinion of a TripAdvisor member and not of TripAdvisor LLC
Ratboy859
Lowell, North Carolina
22756
Reviewed June 17, 2018
Decent Place to Stay - Not Over The Top

The room needed an upgrade. The wall sockets were worn out and I had to jiggle my cords (computer, phone and watch) to ensure that they were charging. Overall, my room was large, but not well laid out. It wasted space and didn't make sense. Overall, the view was pleasant, but it felt 3rd rate as a Holiday Inn.

This review is the subjective opinion of a TripAdvisor member and not of TripAdvisor LLC
10PattyS10
Louisiana, United States
1411
Reviewed June 7, 2018 via mobile
Don’t go there!!!

We were so disappointed to be here!! The carpet was nasty looking, the beds were hard, the AC didn’t cool the room until 4am, the toilet seat was about to fall and of all things the mini fridge was on the floor!! We really wanted to stay at a 4 star hotel but this one is certainly not one in our eyes!! Lesson learned!!!

Thank you for choosing to stay at the Sheraton Metairie - New Orleans Hotel and providing your honest feedback on the Guest Satisfaction Survey.

Providing the highest level of hospitality is our number one priority and we sincerely apologize for falling short of meeting your expectations. As a teachable moment, we have shared your feedback with the appropriate hotel team to ensure the necessary guidelines are in place to prevent this guest issue from occurring in the future.

Once again, thank you for your valued feedback and we hope to serve you again whenever your travels bring you back to Metairie.

Report response as inappropriateThank you. We appreciate your input.
This response is the subjective opinion of the management representative and not of TripAdvisor LLC
Drew K
Port Orange, Florida
2852
Reviewed May 21, 2018
Sheraton Metairie New Orleans Great Hotel

The Sheraton Metairie New Orleans is an excellent place to stay. It was within 10 minutes drive of the places my wife and I wanted to see, all available via major roads. The stay included a very nice buffet breakfast, and for those on the Club Floor, food and drinks were available all day.

This review is the subjective opinion of a TripAdvisor member and not of TripAdvisor LLC
acoswano
Highlands Ranch, Colorado
10440
Reviewed May 9, 2018
Stop before the Cruise

This fulfilled all my requirements for a calm, restful hotel, clean and friendly and helpful. When I needed to borrow a stapler they readily offered theirs from the front desk. Coffee was hot and fresh in the morning. The room was clean. Parking was easy to get to.

I would recommend this hotel as it is a quick Uber or Lyft ride to the French Quarter or the trolley station.

Room tip: This is not a hotel where there is a view. You are there to sleep.
Ask acoswano about Sheraton Metairie - New Orleans Hotel
1  Thank acoswano