Mount Blue Motel
Lowest prices for your stay
Lock in the lowest price from these sites
US$100
View deal
TripadvisorUS$100
Hotels.com
Priceline
Expedia.comUS$100
eDreamsUS$100
ZenHotels.com
View all 15 deals
Prices are the average nightly price provided by our partners and may not include all taxes and fees. Taxes and fees that are shown are estimates only. Please see our partners for more details.
Momofmessworcester
367

We were visiting the area for family celebration and just needed a place to sleep- no frills - and this was perfect ! Drive up, park right outside the room. We had a Queen bed room and the price was great. A/c fridge and microwave, tv though we did not have time to use it. It was clean and efficient and easy. Continental breakfast included; free use of ice machine in the office. No pool or fitness ctr etc but again, we were just looking for a clean nice place to sleep. Would recommend to any budget traveler ! Thank you to the nice staff !

Trip type: Travelled with family
See all 68 reviews
Nearby Hotels

Colonial Valley Motel
US$100
Booking.com
View deal
Tripadvisor
US$100
Hotels.com
Priceline
View all 16 deals from US$100
58 reviews
1.1 km from Mount Blue Motel
We compared the lowest prices from 16 websites Breakfast included
Comfort Inn & Suites
US$172
US$152
Booking.com
View deal
Reserve now, pay at stay
Tripadvisor
US$152
Hotels.com
Lol.travel
US$172
View all 18 deals from US$152
386 reviews
2.4 km from Mount Blue Motel
We compared the lowest prices from 18 websites 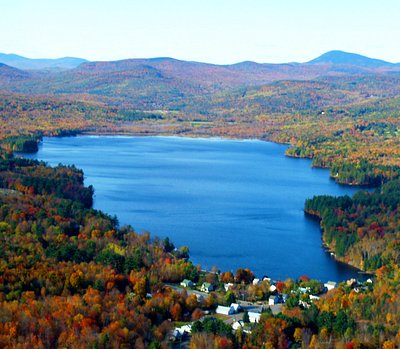 We called and spoke with Lauren about noon on August 4th. She said they had a room and took my name address and credit card information. We did not get a confirmation number, so I immediately called back to get the number. The voice mail said “Hey, hey, hey, it’s Lauren. Leave a message. I left a message to call me back with my home phone number. About ten minutes later, I called back and got “Hey, hey, hey, it’s Lauren again. I left a messag with my cell phone number because we were leaving for our 4 1/2 hour trip to the hotel. I did not receive a call on my cell phone. (When I got home I did have a message to call them. The message was received at 12:59)

When we got to the hotel, there was a lady in the lobby complaining because they did not have her reservation. I was nervous. When we got to the counter, they did not have a reservation for us. The girl called the manager to try to see what to do. The girl also found the note with my name address and credit card information. After several minutes, the girl said the manager was trying to see what she could do for us. The only thing the manager did was try getting out of helping us. She said Lauren called us twice and she did not. In the end they could do nothing for us because Lauren wrote the credit card number down wrong or I read it wrong. But they knew we were coming. The girl at the counter called their sister hotel, Colonial Valley Motel because she saw that someone had checked out. The person at Colonial Valley did not know if the room was available. The girl at our hotel called the guest and confirmed they were coming back that night. The girl called another hotel for us to see if they had a room and we went there.

I called the hotel the next week and asked to have the manager call me. The manager had another staff person call me and never called me. I feel bad for the staff because the manager refuses to speak with guests and has the staff speak with them when they cannot make decisions. They have to keep calling the manager and relaying messages.

I would not trust that they will hold a room for you and there are very few other choices in the area.

This review is the subjective opinion of a TripAdvisor member and not of TripAdvisor LLC
117brendav
Beaufort, South Carolina
316
Reviewed December 27, 2017
OK for 1 night

I stayed here on a Fall trip as there are limited resources for lodging in the area. You get what you pay for. Room is non-smoking,however there was a stale smell to it. Also ashtrays outside smell strongly of stale cigarettes. If you have any sensitivities to smells even one night here may be too much for you. Motel is close to road, you will get alot of road noise!

This review is the subjective opinion of a TripAdvisor member and not of TripAdvisor LLC
Lynda M
74
Reviewed October 26, 2017
not impressed

Arrived at 7 pm after an 11 hour day to find a note on the door that they would be back at 8 pm. Call. Fine if you have a cell phone. We didn't. When we returned we carried our luggage rather a long way to find the room was a single double bed, instead of the 2 queens and a pull out that we had booked. Changed rooms. Then when I sat down on the edge of the bed, it collapsed. The mattress/box spring was 5 inches off the frame. We struggled it back on ourselves. Only 1 paper coffee cup in the room, which was booked for three people. No hair dryer. The carpet was badly stained it couldn't have been cleaned in decades, and woodwork was scarred and chipped. The grouting in the tub was gross. The breakfast was inedible packaged pastries, cold cereal and bagels that we only took one bite and threw away. It was reasonably clean, but I think very overpriced for what they provided (or rather didn't provide!).

This review is the subjective opinion of a TripAdvisor member and not of TripAdvisor LLC
Susan B
2
Reviewed October 16, 2017
Very close to UMF Campus

The hotel had no extra bells and whistles but it was clean and the bed was super comfortable. The shower was small but the water was hot and plentiful. We did not have the Continental Breakfast but it was included with the price of the room which was very reasonable. Our room had a coffee maker and flat screen TV.

Room tip: There are more rooms behind the main hotel which cuts down on street noise.
Ask Susan B about Mount Blue Motel
Thank Susan B

This review is the subjective opinion of a TripAdvisor member and not of TripAdvisor LLC
BluegooseTraveler
New York Mills, Minnesota
443124
Reviewed October 14, 2017
Tiny Room And No heat!

My wife and I stayed here during our travels. It was late when we got to the motel and we were surprised that they still had rooms. We checked in and went to the room. When we opened the door we were faced with a blast of cold air. The air conditioner had been left on at 54 degrees. We turned off the a/c and tried to turn on the heater. The heater didn't operate at all. I went back to office to ask about the heat and I was told that they don't turn on the system until mid October. I told her about the a/c problem and she said the remedy will be additional blankets. She gave me 2 more blankets and said good luck. This is an expensive motel for a tiny room and no heat.

I am so sorry that you were told the heat could not be turned on. I will speak to our new staff about this. I would like to offer you a free night stay for all your trouble. I would hope that we could have the chance to show you how much of a great stay you could have. And I will ensure that the heat is working. Again I am so very sorry.