Good for a quickie and that's about it!!!! - Review of Pittsfield Motor Inn

Pittsfield Motor Inn
Lowest prices for your stay
Lock in the lowest price from these sites
US$85
US$72
View deal
PricelineUS$85
eDreamsUS$72
TripadvisorUS$72
ZenHotels.com
Agoda.com
StayForLong
Prices are the average nightly price provided by our partners and may not include all taxes and fees. Taxes and fees that are shown are estimates only. Please see our partners for more details.
Mr_Mrs_B_2021
1

Good for a quickie and that's about it!!!!

So I ended up confirming a room that had a King sized bed a few weeks ago. I arrived and walked into a room that had 2 full sized beds. I was pretty upset because I had made this reservation with hopes to get away and enjoy a few days with my partner. Also there was paper towels, no toilet paper, in the bathroom so I had to go to the store and buy toilet paper.

See all 28 reviews
Nearby Hotels

Canaan Motel
US$95
US$88
Booking.com
View deal
Free cancellation
Reserve now, pay at stay
Priceline
US$88
Hotels.com
US$95
Expedia.com
US$95
View all 12 deals from US$88
61 reviews
13.8 km from Pittsfield Motor Inn
We compared the lowest prices from 12 websites 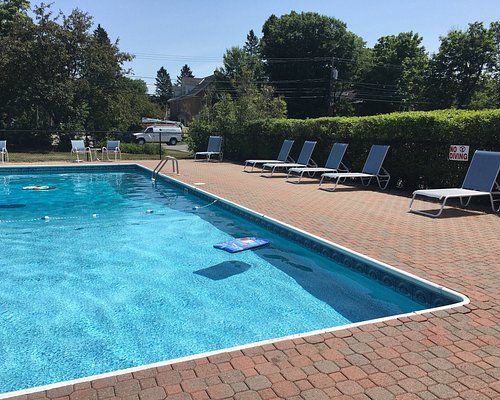 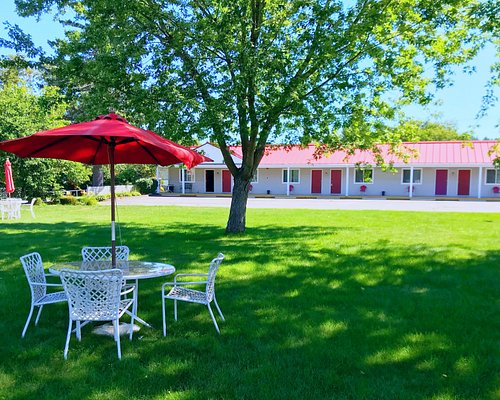 This would be an acceptable, outdated, musty motor court budget motel if it weren't for the fact that the rooms have doors which open on the interior hallway which can not be locked. I have never seen anything like that. There was actually a hand lettered sign on my door which read, "Do not block, fire exit". The one thing I thought even the dumpiest motel would have is lockable doors. The front door lock was none too secure either.

Additionally, the clerk insisted that the (normal) $15 fee for my dog be paid in cash. Just FYI to the owners.

This review is the subjective opinion of a TripAdvisor member and not of TripAdvisor LLC
Compass781268
Ruskin, Florida
55
Reviewed February 27, 2019 via mobile
RISKY BUSINESS

Stayed here for six months. Owner and manager are atrocious. Building appears dangerously damaged and in disrepair. More like a slum than a motel. Parking lot left untreated in winter. DANGEROUS ICY SIDEWALKS AND PARKING LOTS. I fell twice on the ice and I am careful!!! Reasonable rates and almost no bugs.

This review is the subjective opinion of a TripAdvisor member and not of TripAdvisor LLC
ChristineN1258
13
Reviewed August 18, 2018
One night stay

No no no!!, This motel was terrible!!!! I would have felt cleaner sleeping in my car. The heater was falling off the wall, it was dirty, the air conditioner was held up with pressed board, the box spring was stained, the bathtub wouldn’t drain and the toilet wouldn’t flush. Save your money and drive on or sleep in your car.

Room tip: I wish I had taken pictures but this motel, most terrible
Trip type: Travelled as a couple
Ask ChristineN1258 about Pittsfield Motor Inn
3  Thank ChristineN1258

This review is the subjective opinion of a TripAdvisor member and not of TripAdvisor LLC
KarenAnn94
Winchendon, Massachusetts
11823
Reviewed August 8, 2018 via mobile
Friendly staff/average room

The staff is friendly and they just renovated the whole building. It’s a work in progress. Fortunately, the price was the cheapest I could find in this area. I would recommend this motel if you are limited on funds. I would stay here again. Also they charge another 9% tax at the motel checkin on top of the 9% booking fee you pay for on the booking site.

This review is the subjective opinion of a TripAdvisor member and not of TripAdvisor LLC
joannav622
Minot, Maine
116
Reviewed May 6, 2018 via mobile
This motel was exceptable.

I stayed here for two nights while in the area for work and my room was about what I paid for. It had a microwave and mini fridge but I really would have liked a coffee maker. The remote to the tv did not work and the walls were paper thin but I was exhausted so I slept well. The towels and face clothes were stained but clean. I believe the owners are nice people working hard to do their best but it could really use some upgrades