Older accommodations, as close to Lake Michigan as you can get - Review of Snyder's Shoreline Inn

Snyder's Shoreline Inn
Lowest prices for your stay
Lock in the lowest price from these sites
US$99
View deal
Agoda.comUS$99
TripadvisorUS$99
Destinia.com
Expedia.com
Hotels.com
Travelocity
View all 14 deals
Prices are the average nightly price provided by our partners and may not include all taxes and fees. Taxes and fees that are shown are estimates only. Please see our partners for more details.
crflinta
3

Older accommodations, as close to Lake Michigan as you can get

The room we rented was a double queen room on the first floor overlooking the lake. We stayed there first week in October. Granted the room wasn't "modern", but it was clean and equipped with a older coffee maker (including coffee and supplies), refrigerator, microwave, & alarm clock. Bathroom had a small, but adequate shower stall, toilet and sink.
The staff were friendly & very accommodating.
Yes they did advertise breakfast, but cancelled that understandably because of the Covid 19 virus.
As to some of the other reviews - If you want luxury stay at the Hilton.....
We will stay there again.

Room tip: Ask to see the room before you book - that way "no surprises"
See all 225 reviews
Nearby Hotels 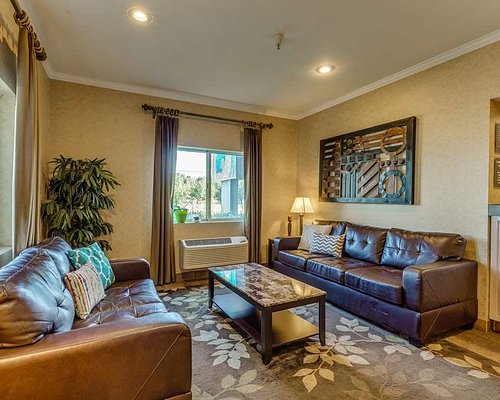 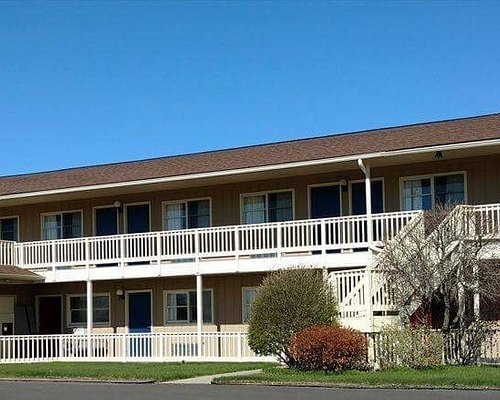 The room was dark and damp, very damp. sitting on the chair or the bed made my clothes feel wet. Fruit flies in the bathroom. The shower did not work well. Old coffee maker, with only one sugar/creamer packet.
I do not recommend staying here. Room 135.

This review is the subjective opinion of a TripAdvisor member and not of TripAdvisor LLC
GoMama3983
2
Reviewed August 10, 2020
Filthy and unkept.

The location is wonderful, but that is the ONLY thing going for this place. The office area was heaped with junk and looked like a fire hazard. In our room, the carpet was stained and filthy with a pullout couch that Goodwill would refuse to sell. The bathroom had a jet tub, however there was mildew all over it as well as the shower area. The heat vent was coming off the wall and there was a light fixture with a bare bulb! The pool looked clean enough, but we didn't dare go in it, given the condition of our surroundings...and the fact that the adjacent hot tub water was GREEN. To top off our visit, we found a pair of "rolled right off someone" panties in our bed!!! The staff was not pleasant and only refunded a small amount for our lingerie discovery. At $187 per night, (this place isn't worth 10% of that!!) one should be able to expect much much more.

This review is the subjective opinion of a TripAdvisor member and not of TripAdvisor LLC
larlykm
Hebron, Kentucky
3722
Reviewed August 10, 2020
Electrical issues, fire and poor upkeep

The one pro comment I have is that this place has a great location. Very near the water and those with balconies have a great view. Now let's start with real life. Place is VERY dated. Table in our room had a broken hinge that obviously had been broken for a while. The door into the room literally had to be pushed in using your shoulder for leverage. Bathroom desperately needed some care. Upon check-in, the inn office looked chaotic - a mess and staff appeared anything but professional. NOW THE WORSE.... Saturday night into Sunday morning, our smoke alarm went off twice. At this time we learned no staff is on location past 9 or 10 pm at night. They all go home and are reachable only by a rerouted phone call. Fire Department came out the first time and even though we were one of the rooms who reported out alarm going off, no one came to our room. My husband, upon checking the alarm noticed the battery had been expired for two years. Since staff had returned due to first issue with alarms he was handed a new battery and had to install it himself. App. 30-40 minutes later smoke alarm went off again in several rooms, Fire Department came out again and this time did come to rooms with monitors to assess issues. By this time, some of the people staying there were concerned and indicated they were going to leave. Inn staff told them they could leave but would not be getting any refund - How did I know this? Because I could hear staff loudly arguing with people outside our room. Decided to tough it out - especially since it was obvious we would not be getting any discount or refunds if we checked out early. Go to the beach Sunday morning, came back mid afternoon only to hear banging on our door to evacuate - building on fire now. Real fire not just alarms. After sitting in the parking lot for a couple of hours and watching several staff members' kids running around the inn seemingly without a care in the world and running in and out of building, Fire Department left after dealing with fire and then doing clean-up and we asked if we could return to room (on other side of inn as fire) and was told "Oh yes- you could have returned awhile ago since you are on the other side." Would have have been nice if someone told us that. By this time we indicated to staff (and I have to indicate we were always very nice in our interactions because we heard and saw confrontations of night before) we just weren't comfortable staying here anymore and wanted to leave early and get a refund for our last night scheduled. Staff indicated they would have to "check." We were leaving no matter what after dealing with 24 very stressful hours. I don't mind paying a little more for a balcony with a view and I REALLY wanted to like this place (I can deal with quaint and a little out of style) but the lack of care for the buildings, lack of professional staff on hand and obvious need to check into the electrical issues of the building made it impossible to. Not worth the money.

This review is the subjective opinion of a TripAdvisor member and not of TripAdvisor LLC
tdcastleman
Grand Rapids, Michigan
35
Reviewed August 9, 2020 via mobile
Very Dated Rooms. Beautiful view.

The location is beautiful and from the outside it has that beach vibe! The view from the balcony ( Room 214 ) is perfect! As soon as I walked in I was so disappointed...... The room was so dated... the first thing you notice is the rip in the sofa upholstery. Everything is in brown and being right on the water there is so much potential to make this place darling. I am hoping with the amount we paid to stay there (259.00) they will update their rooms. The mattress is horrible and the amenities ( coffee pot, TV, toiletries etc...) need to improve drastically. The lobby was not much better. Overall the view is the only thing with staying here.

This review is the subjective opinion of a TripAdvisor member and not of TripAdvisor LLC
Venture71189
1
Reviewed July 30, 2020
Don’t believe the room pictures!

Very disappointing! The pictures on the website are very charming! I couldn’t believe what I saw when we went to check in! The front desk was in disarray, the attendants were very unprofessional, the room felt dirty! The only thing that is true is the view of Lake Michigan! The whole place needs an update! There are no fire extinguishers in the hallway—-definite safety hazard! Save your money and look somewhere else. If I wasn’t so late in the day, I would go somewhere else too!