US$139
US$111
View deal
SAVE US$28
Free cancellation until 21-05-22
PricelineUS$139
HurbUS$111
TravelocityUS$111
View all 17 deals
Prices are the average nightly price provided by our partners and may not include all taxes and fees. Taxes and fees that are shown are estimates only. Please see our partners for more details.
Josee L
Old Orchard Beach, Maine
12525

We reserved 2 room on the day we needed it and they accomodated us on the spot. Good thing it was after Labor Day and in the Covid-19 time. The only thing was that we had to reserve a time slot to use the pool and the arcade room, which was limited, but once we were using it, we had the whole thing to ourselves, which was actually nice. No breakfast, which most hotel don't do now because of the virus, but they didn't even have some to go. Rooms were clean and we were able to use the outdoor facility. Some of the guest made a lot of noise for a long time in the hallway in the middle of the night. Not sure anything was done about that.
But overall, it was awesome. Thank You so much, you saved our weekend.More 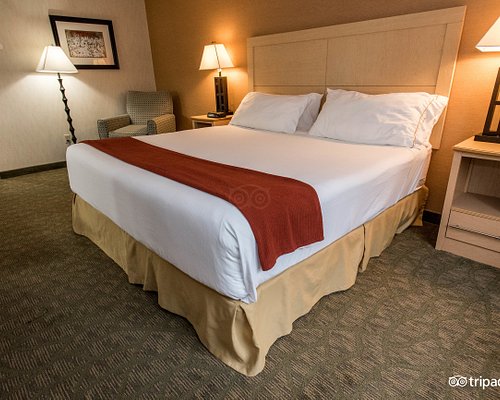 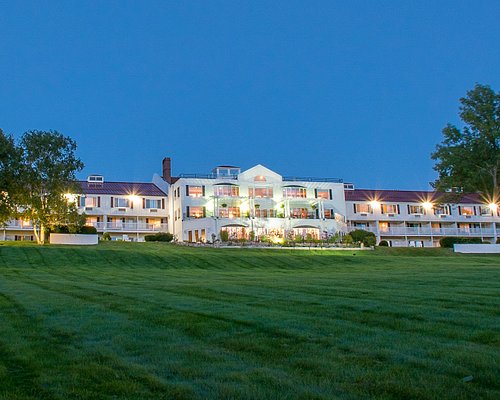 Very clean, but I had an issue here. We didn't receive notification of the pool being shut down, or arcade/billiards shut down as well as breakfast. When booking this hotel, we were informed that the pool was open and that breakfast was included, and that they offered an arcade and billiards. We were excited about this, but the address on the receipt , didn't take us there as it took us to a different hotel. When we got there, was truly beautiful outside. But, when we checked in, we were told that what we paid for was not suitable. We were told that an e-mail was sent out to people who were staying there because it was decided that the pool, breakfast, and the arcade room and billiards room was to be shut down. We informed the receptionist that we were not informed and she told us that it was decided a week ago but we had booked it a week ago. I said if there was anything that could be done, and she offered to speak to the manager tomorrow about some kind of discount or anything to make it right and that to try a few local locations to use a pool. Well, we tried to book at Echo Lake and it was reservation only- and it was booked until Monday. We were very upset as well because we didn't have breakfast included, because that was extra meals to spend money on and we had packed lunches. We enjoyed our vacation, but when we were at the hotel, we wanted something to do and they did not offer anything. The room was very clean and the bed was very comfortable and soft, which was a plus. The next day, we went to speak to the manager and he seemed like he did not care, mentioning "I e-mailed everyone, there was bound to be some slips"...No, it's not bound to happen or have some slips as the reason we chose this hotel/inn was because it offered a pool, and free breakfast and an arcade room. We would have stayed somewhere else if this was the case. He said he would give us a discount, but I had to fight to get 20 dollars off a night. All in all, it did not seem like he cared or showed empathy, just that he wanted the pool to get back up and hoped it would. I thought that more could have been done, at least breakfast and even if we ate in our rooms. They also didn't provide maid services unless asked. Great location, and great parking. But, I do feel like communication was extremely messed up and the fact that we did not get an impression of someone who would try to make it right is why I give it this poor rating. I found it unacceptable.

This review is the subjective opinion of a TripAdvisor member and not of TripAdvisor LLC
kah1370
Milford, Connecticut
51
Reviewed July 6, 2020
Our Favorite Place

My husband and I used to love staying at the quaint bed & breakfasts throughout the Mt Washington Valley. Once our daughter was born, we felt that we needed more of a family place. We discovered Eastern Inns and fell in love with it. That was more than 17 years & 2 kids ago and we make sure we visit at least twice per year. We have watched it evolve over the years. They are located just outside of the hustle & bustle of the center of North Conway so walking into town is something we do often for restaurants, shops & just walking around the area. It is a short ride to many of the local day hikes such as Diana's Bath's, Echo Lake & Cathedral Ledge. There are also great hiking trails right out the back. Outlet shopping is just down the road as is Jackson Village, Jackson Falls, the Kanc with all it's hiking trails & just a short trip to Mt Washington and all that is offered there.

We love their family suite and certainly have our favorite. The rooms are always immaculate and comfortable. The arcade & pool have always been a hit with our kids. The Eastern Inn team goes above & beyond to make you feel welcomed. We have traveled with them in summer, fall & winter and have never been disappointed. We love the renovations that have been made over the past several years. The team does a great job with keeping the place fresh and updated. And the price is affordable!! It's a win/win for anyone. Our last stay was pre-Covid (Nov 2019) but we understand that the Eastern Inns team is taking everyone's safety seriously and is adhering to health recommendations. We look forward to many, many more stays in the years to come.

Thank you for the great comments. We appreciate you get what we're trying to do here, create a welcoming and clean hospitality environment affordable to all. Looking forward to your next visit.

Report response as inappropriateThank you. We appreciate your input.
This response is the subjective opinion of the management representative and not of TripAdvisor LLC
Kenji N
Orlando, United States
918
Reviewed June 18, 2020
SUPPPRT LOCAL BUSSINESS WITH A PERFECT GETAWAY

As travel restrictions relax, we took advantage of a 3 day getaway from the city and supported local restaurants and businesses in North Conway, NH.
Just a five minute walk to the center of downtown North Conway the Eastern Inn and Suites offered us something we were unaware of the first time we stayed here many years ago, individually decorated and unique rooms and suites by the owners. Rooms/suites are spacious, clean and very comfortable. They are far from the cookie cutter brand name hotel rooms that lack personality.
The entire staff is very welcoming and always greeting us with smiles. They are quick and efficient in meeting our needs.
The hotel is also perfectly located giving us easy access to the town, Dana's Bath, Mt. Washington Auto Road, tubing and kayaking down the Saco River and some of our favorite swimming holes at Crawford Notch and along the Kancamagus Hwy.
Big parking lot too if you are towing a recreational trailer.
We will certainly return and continue to support local businesses recovering from the Pandemic.
"We are not from North Conway but we got here as fast as we could!"

Thank you for your kind comments. We're grateful for the business and hope to see you again and often.

Report response as inappropriateThank you. We appreciate your input.
This response is the subjective opinion of the management representative and not of TripAdvisor LLC
cdmattravel
21
Reviewed February 2, 2020
Clean, Comfortable and Inexpensive

Despite my average rating, we have been staying at the Eastern Inn for 20+ years and it has never let us down. It is clean and neat, and the staff is always nice. They have a nice pool and hot tube. They also have a video game room and a very large game room with a pool table, big tv, DVD player and sectional couch. I recommend bringing your own DVDs to watch but they have a lot of old VHS tapes for you. They serve breakfast but is very basic with a waffle maker, mini muffins and cereals. The bed in the room was very comfortable. The location just past the center of North Conway is good for us too since we head to the ski areas most of the time. So, this is not a luxury hotel but it is perfect for the price. We will continue to stay there.

Room tip: There is a fridge in the room. Bring DVDs. Plan to wear flip flops i the pool area.
Review collected in partnership with this hotel
This business uses tools provided by Tripadvisor (or one of its official Review Collection Partners) to encourage and collect guest reviews, including this one.
Ask cdmattravel about Eastern Inn & Suites
Thank cdmattravel

Thank you for supporting our business. We're constantly looking for ways to improve like upgrading our breakfast offerings. Hope to see you next time.

Report response as inappropriateThank you. We appreciate your input.
This response is the subjective opinion of the management representative and not of TripAdvisor LLC
sbardu2020
Griswold, Connecticut
1
Reviewed January 21, 2020
Has thus far always been a good stay.

Eastern Inn & Suites suites us for our short get aways. Staff has always been cordial. I like that it is set off the main road, yet walking distance to town. It offers what I want quiet, friendly, and clean .

Trip type: Travelled as a couple
Review collected in partnership with this hotel
This business uses tools provided by Tripadvisor (or one of its official Review Collection Partners) to encourage and collect guest reviews, including this one.
Ask sbardu2020 about Eastern Inn & Suites
Thank sbardu2020

Thank you for your input. We appreciate your business and will continue to serve our guests the best we can.

Report response as inappropriateThank you. We appreciate your input.
This response is the subjective opinion of the management representative and not of TripAdvisor LLC
View more reviews
PreviousNext
123…51