US$150
US$107
View deal
SAVE US$43
Free cancellation until 21-05-23
Reserve now, pay at stay
Orbitz.com
FindHotelUS$119
StayForLongUS$150
View all 19 deals
Prices are the average nightly price provided by our partners and may not include all taxes and fees. Taxes and fees that are shown are estimates only. Please see our partners for more details.
Ghulam I
Chantilly, Virginia
662198

Overall, the stay was just fine 15 minutes away from Atlantic City attractions in a quiet spot if you love that. We had a digital check-in through Hilton app although we booked through a separate travel site. No touch or contact, we used our app to enter the room through a digital key. Marvels of modern technology. The beds were comfortable, the bathroom was fine and the TV was large. What it lacked was furniture, we sorely missed a sofa and small table for sitting and eating. I got 25% off through the discount travel site, but they charged me the full price nevertheless. As I contacted them, they promised a refund within 5-10 days, but I am still waiting well past that timeframe. Waiting.........More

Thank you for staying and we appreciate your feedback. I will review your reservation and let you know about the 25% discount. I am happy you were satisfied with your stay, but a bit disappointed in the room size. Hopefully next time you can book a suite, so you can enjoy a separate sitting area. Hope to see you again soon!

Report response as inappropriateThank you. We appreciate your input.
This response is the subjective opinion of the management representative and not of TripAdvisor LLC
See all 930 reviews
Nearby Hotels 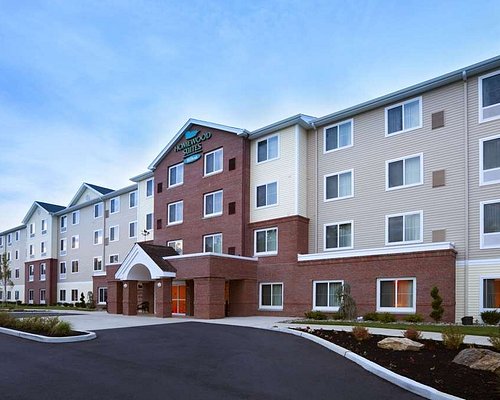 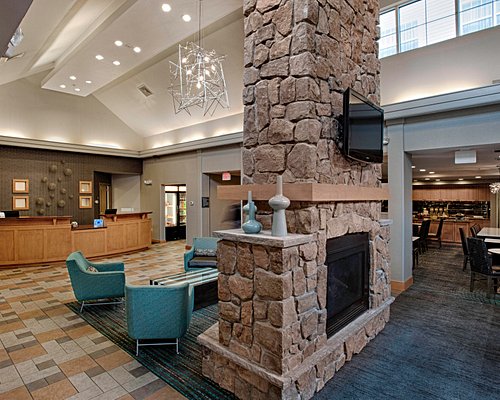 Found this gem after leaving another hotel (Oceans Casino Resort was filthy). The woman at the Front Desk (Keesha) was an angel! She was so friendly, helpful, and patient. Our room was very clean! The hotel has lysol wipes and hand sanitizer in the public areas. It is taking all precautions during the pandemic. This hotel was recently remodeled too! Great place to stay!

Thank you for taking the time to share your experience about your recent stay at our hotel. We sincerely appreciate your feedback and very happy that we exceeded your expectations. We will share your experience with our Front Desk Staff and Housekeeping on the great customer service you received and our cleanliness. We hope to see you again!

Report response as inappropriateThank you. We appreciate your input.
This response is the subjective opinion of the management representative and not of TripAdvisor LLC
bowman716
Miami
235609
Reviewed November 11, 2020
Solid Hampton Inn Experience; staff are the highlight of this property

I spend 100+ nights per year in all Hilton brands/levels and maintain diamond status.
All staff I encountered were professional, friendly and seemed genuinely happy to be there. Small touches like free Crystal Lite, room upgrades and being knowledgeable of the area a much appreciated.
Would of given a 5 if it wasn't for some maintenance/construction quality issues and lack of hand sanitizer.
The refit/remodel of bathroom tile and paint looked sloppy/messy. Shower doors were mounted wrong; not level. Shower door handles were about to fall off. Shower head was lose and broken.
During my two nights, two of the hand sanitizers were empty/not refilled
Regardless I would recommend/stay their again if in the area.

Thank you for your feedback of your recent stay with us. I was very sorry to hear that you were unhappy with the working order of items in your room. It is our goal to exceed the expectations of our guests. I am working with Maintenance to prevent this from happening in the future. I hope if your travels bring you back to the area that you will consider staying with us again.

Report response as inappropriateThank you. We appreciate your input.
This response is the subjective opinion of the management representative and not of TripAdvisor LLC
JamieJW
Quakertown, Pennsylvania
529222
Reviewed October 26, 2020 via mobile
Hilton Quality During Covid-19

Quick one night stay, Hilton quality and loved the room.

Our room was large, king bed with full couch, desk area and cabinet for clothes, refrigerator and coffee pot with supplies.

Room was clean and bed was comfortable. Bathroom was also clean with extra towels which was a nice plus. Loved the large walk-in shower.

I used the online check in and the digital key so there was no need to stop at the front desk. Express breakfast was offered which consisted of hot coffee and tea, bagels and muffins with jams and jellies or cream cheese. The seating area was large with enough space to eat if you so choose.

I wanted to say thank you for your recent stay here at the Hampton Inn Egg Harbor Township. We hope your stay was memorable and we exceeded your expectations. We hope to see you again soon!

Report response as inappropriateThank you. We appreciate your input.
This response is the subjective opinion of the management representative and not of TripAdvisor LLC
RelaxerTravel
Randolph, New Jersey
51
Reviewed September 6, 2020
Disgusting. Choose another hotel.

When selecting the hotel, the picture showed “now open” as if the hotel was newly built/renovated; the “premium” suite I booked on points and received was clearly neither. After reading TripAdvisor reviews, I realized the hotel was recently renovated from a Days Inn and turned into a Hampton Inn. I figured the Hilton standards were put into place and it would be a safe bet. However, the room seemed as if it was occupied by either a long term guest or a party the night before and it was not properly cleaned after and I have plenty of photos to show this. The cleaning was a poor excuse of a stayover service at best. There were finger prints on the microwave and several other surfaces and there was hair in the bathroom. The few hairs that were in the bathroom may be “acceptable” and looked past, but that wasn’t all. There were blood splashes on the wall by the garbage can in the bathroom and urine on the floor in front of the toilet; there were also fecal marks in the toilet (along with the wear and tear marks). The room reeked of smoke and had ashes in the tracks and on the sills of the windows...especially in the bedroom area. The floors looked like they hadn’t been vacuumed in a long time and there were also traces of trash in the garbage can in the living room. The paint on the walls were also chipped and different shades of dingy. Honestly, the room should have been put out of order for from serious deep cleaning and maintenance. This room was the “suggested” room on the app, so I can’t even imagine what the other room might have looked like.

Now, to be frank, I was not going to leave a poor review since I already was in contact with customer care, but what pisses me off was the extra authorization on my Hilton Amex (two different authorization codes confirmed by Amex). Since I was once an employee of Hilton as a Front Office Manager in a full service hotel in my decade of working in the hotel industry, I know that this was done manually in OnQ (most likely out of spite after the property was contacted about my early departure). This is why I avoided the person working in the first place. From the lackluster, half masked, side eyed checkin we received, I knew she wouldn’t take the criticism of the room for what it is. Although it was just a small $25 authorization, it is the principal.

Needless to say, we went elsewhere. I wouldn’t recommend this hotel to anyone that values a clean and comfortable stay; ESPECIALLY during this PANDEMIC. The LITERAL only positives were that they put the extra pillows I requested in the room and they actually MIGHT have changed the bed sheets. I’m disgusted they had the audacity to seal the room with the Hilton CleanStay sticker. The hall even had an overflowing garbage can and the doorway’s paint was chipping; the elevator was also a mess. It should have stayed as a Days Inn with that type of service and level of cleanliness. Unfortunately I can only add 10 photos.

Please accept my personal sincere apologies for how your room was cleaned! I am working with the staff on the importance of HILTON Standards. Thank you so much for your feedback. I need to know these things if I am going to change things!

Report response as inappropriateThank you. We appreciate your input.
This response is the subjective opinion of the management representative and not of TripAdvisor LLC
pjsubway
New York City, New York
156104
Reviewed August 28, 2020 via mobile
Good Visit

The hotel looks fresh and new, very clean and comfortable room. I didn’t interact with the staff very much, but they seemed pleasant enough. Due to covid restrictions, the breakfast area was closed. We got bags to take away, but nothing appealing was in them (water, Crystal Light pack, granola bar and a packaged muffin), but there were enough fast food joints close enough to buy something at a drive through.

Thank you for taking the time to share your experience about your recent stay at our hotel. We sincerely appreciate your feedback and very happy that we exceeded your expectations. We hope to see you again!

Report response as inappropriateThank you. We appreciate your input.
This response is the subjective opinion of the management representative and not of TripAdvisor LLC
View more reviews
PreviousNext
123…155