Pleasant visit at an Adirondack motel

A pleasant night in a little local motel. Room was clean and the bed was very comfortable. Mary was very helpful and accommodating. She let us check in early so we could head out to do a fire tower and she found a small cooler for us (refrig doesn't have a freezer).

We highly recommend ... fee reasonable ... Peg Deli was a great breakfast and the hardware store is a must experience.

See all 23 reviews
Nearby Hotels Phoenix Inn Resort
US$180
Booking.com
View deal
Free cancellation
Reserve now, pay at stay
Expedia.com
US$160
Priceline
US$180
CheapTickets
US$160
View all 9 deals from US$160
7 reviews
25.6 km from The Adirondack Trail Motel
We compared the lowest prices from 9 websites 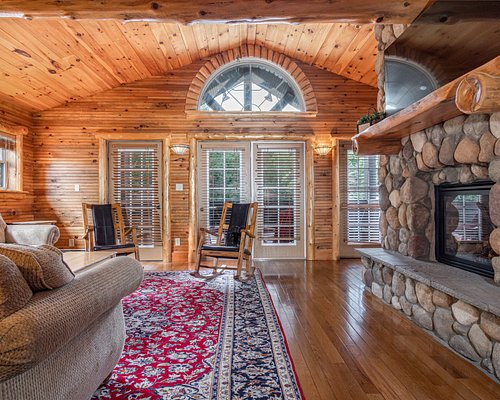 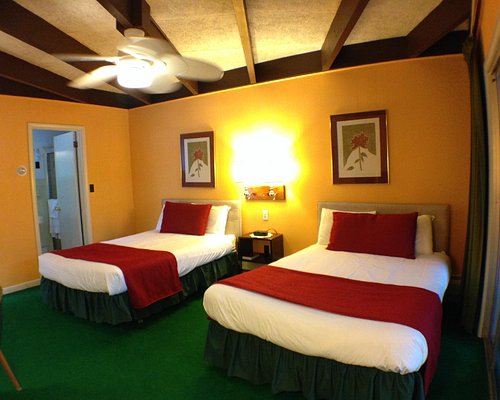 Taking safety measures
We compared the lowest prices from 12 websites
Black Mountain Lodge by Magnuson Worldwide
US$149
Booking.com
View deal
Free cancellation
Expedia.com
US$149
Hotels.com
US$149
Agoda.com
US$149
View all 14 deals from US$149
67 reviews
28.8 km from The Adirondack Trail Motel

Hotels.com
View deal
Reserve now, pay at stay
Expedia.com
US$121
Orbitz.com
US$121
Travelocity
US$121
View all 8 deals from US$121
200 reviews
46.1 km from The Adirondack Trail Motel
We compared the lowest prices from 8 websites
Breakfast included
Super 8 by Wyndham Lake George/Warrensburg Area
US$64
US$58

Midway point on our trip from Connecticut to Niagara Falls, The Adirondack Trail was right on the way. Talking to Mary, we found out her kids had just taken over the hotel and Wow! what a great job they did in fixing up the place!
The room was fresh and clean, the shower was hot and plentiful, and our host made us very comfortable!

I would not hesitate recommending this place for your "leaf peaking" plans this fall! Or when you need to stop on your back road motorcycle tour through the Adirondacks.

A definite must stop here destination!

BTW: Great burgers across the street too!

This review is the subjective opinion of a TripAdvisor member and not of TripAdvisor LLC
MikenBern
Ocala, Florida
6735
Reviewed May 19, 2019
A little Jewel in a small town

Clean and comfortable..... Mary who helps run the place is si helpful. Since we came on bicycle and it started to rain and she came and offered to take us to a restaurant to get some take out and anything else we need.

This review is the subjective opinion of a TripAdvisor member and not of TripAdvisor LLC
Wesley W
Orlando, Florida
3
Reviewed October 14, 2018
Clean and comfortable

I spent a night during the Columbus Day holiday. After a long, strenuous hike, I arrived and saw a note for me on the Office door stating which room was mine. The manager, Mary, soon came by to make sure everything was in order. The room was clean and neat. There were 2 beds in the room, so I tried both to see which would be more comfortable and they both passed my test. I chose the one closer to the front door to be able to watch the TV easier. The weather was a bit cool, so I turned on the heater. The room warmed up in no time. Everything in the bathroom worked with very good water pressure. I would definitely stay again when in the area.
When I asked where to grab a bite to eat, Mary made several suggestions, one of which was the tavern directly across the street. I went there and after first thinking I was being ostracized as the "outsider," I soon became involved in conversations and really enjoyed my meal, too.
I highly recommend this motel.

This review is the subjective opinion of a TripAdvisor member and not of TripAdvisor LLC
Dani1843
Southold, New York
218
Reviewed February 19, 2017
Perfect for snowmobiling trip with friends

Stayed 3 nights this month while on a snowmobiling trip with friends. This is a no frills place with Adirondack decor but with that being said it was perfect for our trip, everything was neat and clean, the woman (owner?) who greeted us was very friendly and checked in with us to make sure we didn't need anything etc. The room has a microwave,mini fridge, tv and wifi. The thermostat was a little touchy but no big deal. Local bar across the street as well as access to trails. Would definitely stay here again and recommend to friends.

This review is the subjective opinion of a TripAdvisor member and not of TripAdvisor LLC
gogators52
Palatka, FL
228144
Reviewed September 8, 2016
Motorcycle Friendly For Sure!

Mary was just the best! So helpful and friendly. The weather was bad and getting worse, so she helped us get the motorcycles parked up under the porch in front of our room. She gave us older towels to dry the cycles and was truly concerned for our safety. We helped her get some of the chairs secured so if the wind did pick up nothing would be flying around. Our room was clean and well taken care of, the AC worked as it should, the beds were comfortable and our towels thick and soft. The rate was VERY reasonable.If anyone is riding in the area, please stop and stay with Mary!

Room tip: any room will be fine
Ask gogators52 about The Adirondack Trail Motel
1  Thank gogators52