James Motel
Lowest prices for your stay
Lock in the lowest price from these sites
US$135
Free cancellation until 21-05-01
Reserve now, pay at stay
View deal
Expedia.comUS$135
PricelineUS$135
Agoda.comUS$135
eDreamsUS$135
Hotels.comUS$135
TripadvisorUS$135
View all 17 deals
Prices are the average nightly price provided by our partners and may not include all taxes and fees. Taxes and fees that are shown are estimates only. Please see our partners for more details.
michaelpA9896RJ
Willow Street, Pennsylvania
12

Staff very friendly and accommodating, the room was comfortable and clean, recent upgrade to the room, wish the refrigerator worked,great tv and cable service with WiFi. If your looking for a motel that will keep money in your pocket this is the place.located near good shopping and wineries.

Trip type: Travelled as a couple
See all 86 reviews
Nearby Hotels 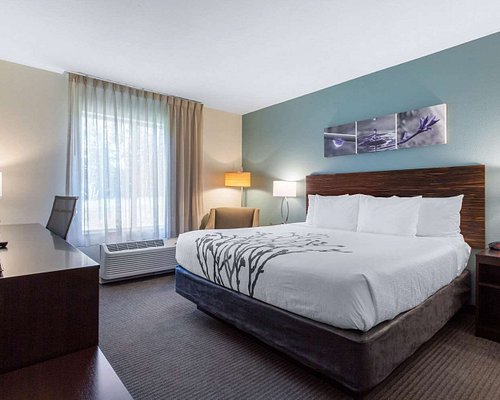 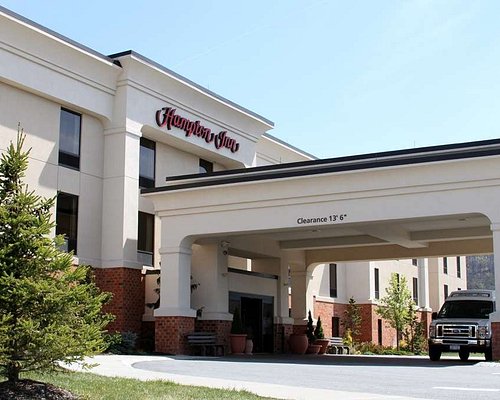 Hampton.com
View deal
Free cancellation
Reserve now, pay at stay
Booking.com
US$149
Priceline
US$149
ZenHotels.com
US$169
View all 19 deals from US$149
982 reviews
3.1 km from James Motel 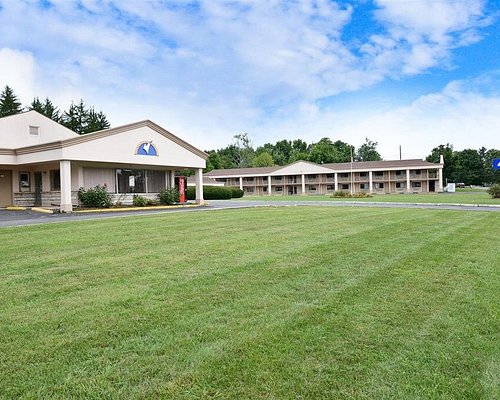 Expedia.com
View deal
Pay up to 12X
Booking.com
Travelocity
ZenHotels.com
US$130
View all 16 deals from US$93
15 reviews
16.8 km from James Motel

Expedia.com
View deal
Free cancellation
Pay up to 12X
Booking.com
US$69
Priceline
US$69
Hotels.com
US$64
View all 17 deals from US$64
15 reviews
18.2 km from James Motel
We compared the lowest prices from 17 websites
Breakfast included
West Point Motel
US$140

This was a spacious room with modern fixtures, air conditioning, cable TV, free Internet & WiFi and it was very clean. I was really impressed for the money I paid to stay in the room. The motel is conveniently located on Rte 17-M across from great restaurants, a huge convenience store/gas station and bank right up the road and a 15 minute drive from the New York Renaissance Faire. It was very quiet at night. There were deer eating grass in the front of the motel when I arrived. Couldn't be more perfect. Next year when I come back to the New York Renaissance Faire I will definitely book ahead so I can stay here again.

This review is the subjective opinion of a TripAdvisor member and not of TripAdvisor LLC
Anothermemory
Sea Cliff, New York
1012
Reviewed August 7, 2018
Dog Friendly, affordable, clean and convenient.

I needed a dog friendly affordable room for the night. There is a small dog fee which is certainly understandable and far from some of the insane fees that I was quoted by other hotels. My room was clean and comfortable. Microwave and coffee machine was a plus. Towels were lovely. A/C worked well. The owners were a pleasure and very welcoming. Great location also.

This review is the subjective opinion of a TripAdvisor member and not of TripAdvisor LLC
YemanjagoestoVegas
Chicago, Illinois
29
Reviewed August 1, 2018
Mean, unprofessional, rude

It's midnight, I'm tired from a long drive and I frantically book the James Motel online from my phone which looked like the best deal in this little area. I receive the receipt and realize that I've made a mistake -- now that it was midnight I was automatically being booked for the next night, not the one I actually needed. I drive over anyway, hoping that they'll be nice and understanding people. No such luck. I approach the front desk to try to get a room and it turns out they're all booked up. I ask the man if I can get a refund and he says that I'll have to figure that out through Expedia. I say ok, I'll call them but they're going to call you.. He avoids eye contact and doesn't seem to want to respond. After I ask again he says there won't be a refund as it's 24 hours and that's that. I ask well don't you care about reviews? At that moment, a woman runs out with an aggressive look on her face and starts screaming at me. She declares that it's my fault that I had all the information, and go ahead, write the review. I say ok, and I walk back to my car. When I call Expedia, I explain what happened. They attempt to call the management to get me a refund and surprise surprise, the woman, who says she's the owner, tells them she's already made up her mind. What's even more amazing is she makes up a story to the customer service agent that I was drunk when I came in. So on top of everything they lied to try to discredit me. The Expedia customer service person said she fully believed me and could tell that I was perfectly sober and earnest, but that unfortunately there was nothing further she could do for me. I have no idea what the rooms are like on the inside, but I can tell you that dealing with these folks was unfortunately very unpleasant and disappointing. And it certainly didn't help me get a good night's sleep that night.

This review is the subjective opinion of a TripAdvisor member and not of TripAdvisor LLC
290esm_eb
2713
Reviewed July 31, 2018 via mobile
Great deal.

Nice motel, good price for the area.
Room was clean, good towels, bed a little bit soft (for us). Close by the outlet.
Micro and fridge in room. A couple of chairs outside under the tree.
A good place to stay.

This review is the subjective opinion of a TripAdvisor member and not of TripAdvisor LLC
Ash G
Upwey, Australia
1514
Reviewed July 27, 2018
Clean, updated motel close to Woodbury Common outlets

Wasn't sure what to expect from the James Motel but we were pleasantly surprised! Our room was large, clean and comfortable with an updated bathroom, fridge and microwave. It has obviously been updated and the current owners seem to be working very hard to make this place a nice stay for guests. The staff were friendly and helpful, with the owner more than happy to organise us a ride to the train station to get into NYC. We stayed here to be close to Woodbury Common outlets and were really pleased with our stay.