Courtyard by Marriott Niagara Falls, USA
2 people are viewing this hotel
Lock in the lowest price from these sites
US$76
View deal
Expedia.comUS$76
PricelineUS$76
CourtyardUS$76
Agoda.comUS$76
Hotels.comUS$76
eDreamsUS$76
View all 16 deals
Prices are the average nightly price provided by our partners and may not include all taxes and fees. Taxes and fees that are shown are estimates only. Please see our partners for more details.
zaidamarierodriguez
Rochester, New York
22

Good Morning zaidamarierodriguez and thank you for sharing your recent experience with us. I truly am sorry for your disappointing experience with us and that it did not meet your expectations, or ours. I understand your frustrations and hope if your travels bring you back to the area you will stay with us again so we can provide you with a flawless experience.

Report response as inappropriateThank you. We appreciate your input.
This response is the subjective opinion of the management representative and not of TripAdvisor LLC
See all 189 reviews
Nearby Hotels

Seneca Niagara Resort & Casino
US$105
Booking.com
View deal
Free cancellation
Expedia.com
US$105
ZenHotels.com
US$88
Priceline
US$105
View all 18 deals from US$88
1,878 reviews
0.5 km from Courtyard by Marriott Niagara Falls, USA
We compared the lowest prices from 18 websites 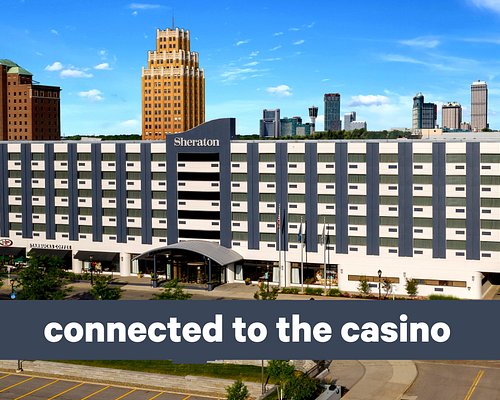 Sheraton Niagara Falls
US$85
Booking.com
View deal
Sheraton.com
US$85
Agoda.com
US$85
Priceline
US$85
View all 19 deals from US$85
3,714 reviews
0.8 km from Courtyard by Marriott Niagara Falls, USA 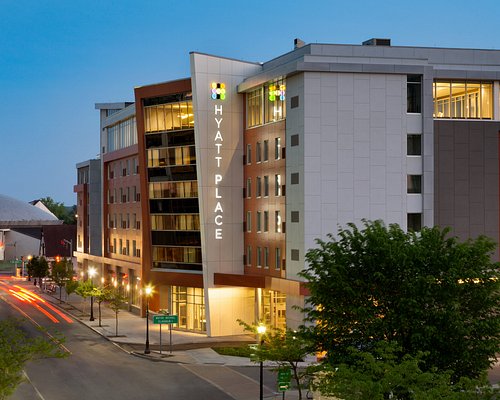 Breakfast included
Hyatt Place Niagara Falls
US$110
US$76
Booking.com
View deal
Priceline
US$76
Agoda.com
US$76
Trip.com
US$110
View all 18 deals from US$76
572 reviews
1.1 km from Courtyard by Marriott Niagara Falls, USA

Taking safety measures
We compared the lowest prices from 18 websites
Niagara Riverside Resort
US$67
Booking.com
View deal
Priceline
US$67
FindHotel
US$64
ZenHotels.com
US$137
View all 17 deals from US$64
829 reviews
5.6 km from Courtyard by Marriott Niagara Falls, USA

Chose this hotel from the Marriott app based on location and good price. We were only in town during winter (and COVID) to see Niagara Falls. We drove to the Falls both in the evening and in the morning which was probably a 5-10 min drive because the town was very, very quiet. Comparing to the other hotels in the area, this Courtyard looked newer than other buildings, and while not being in the very central tourist area, it is still in very close proximity to everything by car. The only inconvenience was one of the elevators was not working. We had a great stay and would definitely return, hopefully when the border opens up again!

Good Evening andresr61 and thank you for sharing your recent experience with us! We are glad you enjoyed your stay with us and found our location convenient for visiting beautiful Niagara Falls. Thank you again and we look forward to seeing you on your next trip to the area!

Report response as inappropriateThank you. We appreciate your input.
This response is the subjective opinion of the management representative and not of TripAdvisor LLC
RoswellNY
New York City, New York
11
Reviewed November 13, 2020
No Commitment to Clean

My recent stay was terrible. The hotel is not in a good area. Management is not making sure the hotel is clean. This is a concern with Covid. My room had dirty carpet, dirty bathroom and smelled. I was disappointed because I was staying for a medical visit. I let the medical facility know NOT to recommend this hotel. I complained and transferred to a different room - but it was DIRTY too. No follow up from the General Manager. I would not recommend this hotel they are not following the Marriott Commitment to Clean.

Good Morning Sunshine68640104904 and thank you for taking the time to share your recent experience. My name is Sarah and I am the General Manager of the Courtyard Marriott Niagara Falls and I want to speak with you and make this right. Please feel free to contact me directly at 716-284-2222 so I can learn more about your stay with us. Thank you.

Report response as inappropriateThank you. We appreciate your input.
This response is the subjective opinion of the management representative and not of TripAdvisor LLC
DMSMD64
Chester Springs, Pennsylvania
393188
Reviewed October 15, 2020
Not a great stay

Stayed here three nights at the end of September. The first impression was a foul odor in the entrance way. Maybe the offset two sets of doors are to help prevent the smell from getting into the hotel. My Marriott profile states my preference for a high floor, away from the elevator. When we arrived, we were given a room on the second floor pretty close the elevator. But on the bright side, that elevator didn’t work the entire time we were there. That said, the other elevator was experiencing some kind of circulation issue as was uncomfortably hot. The room was spacious with a high ceiling. At first glance the room appeared clean. However, upon closer inspection the room was far from clean. There was something sticky on the bathroom floor between the toilet and shower. I don’t want to take ay guesses as to what that was. There were spots on the walls in the bathroom. Initially, I thought these were bleached out spots on the wallpaper, but come to find out they easily wiped off. The sink took forever to drain. The worst aspect were the multiple use pump bottles in the shower. Two had product dripping out, and one had product stuck on the bottle and around the base. We never touched these bottles. After years spent on the road, I carry my own soap and shampoo. Although the walls are high, we were, at times, able to hear noise from nearby rooms. We also were able to hear the road outside at all hours of day and night. There is onsite free parking, but there is an abondend building across the street on one side and an open space park on the other. The location is fine with a decent walk to the falls and a shorter walk to the Casino.

Hello DMSMD64 and thank you for sharing your experience with us. We were disappointed to hear about the cleanliness of your room. We pride ourselves on delivering a safe and flawless experience and clearly missed the mark with your stay. I apologize for this and ensure you that this will be shared with our team to we can rectify this immediately. Thank you for sharing your experience and staying with us during these unusual times.

Report response as inappropriateThank you. We appreciate your input.
This response is the subjective opinion of the management representative and not of TripAdvisor LLC
LenaZChur
11
Reviewed October 11, 2020 via mobile
Mrs

Great location, very big and spacious room. Clean room, comfortable beds, but... the smell(!). Omg, every time we walked onto our room we felt a bit nauseous, a sigh. Almost like a carpet smell in an old casino. I wonder if just the possibility to open a window could fix it, but you cannot open those huge glass windows, no balcony/ any fresh air either. Not a safe stay if you are worried about Covid.

Good Morning LenaZChur and thank you for sharing your recent experience at the Courtyard Marriott Niagara Falls! While I am glad to hear you loved our location and your spacious room, I apologize that you had an issue with your room. I would like to learn more about your stay so we can correct it immediately for future guests. At your convenience, please reach out to me at 716-284-2222 so I can learn more about your time with us and make it right for you. Thank you again for staying with us and we hope to see you again!

Report response as inappropriateThank you. We appreciate your input.
This response is the subjective opinion of the management representative and not of TripAdvisor LLC
Jacki B
Portland, Maine
1737
Reviewed October 11, 2020 via mobile
Nice hotel

This was a nice Courtyard hotel. Clean and updated. I liked that the lobby was in an old chocolate factory and some if the former building was preserved. The location was a little far out of town but close to the entrance to the National Park. Overall good visit! Bar and food options limited due to Covid.

Good Morning jacquelinebH6505JV and thank you for sharing your experience with us! We are so glad you loved our historic building! We are fortunate to be in a unique building with incredible history and are glad you enjoyed it. Unfortunately, as you said, our Bistro is closed right now due to Covid but we hope you'll visit when we reopen and experience all of our amenities. Thank you again for staying with us during these unusual times and we hope to see you on your next visit to the area.

Report response as inappropriateThank you. We appreciate your input.
This response is the subjective opinion of the management representative and not of TripAdvisor LLC
View more reviews
PreviousNext
12…32