Courtyard Saratoga Springs
Lowest prices for your stay
Lock in the lowest price from these sites
US$139
US$125
Reserve now, pay at stay
View deal
PricelineUS$125
CourtyardUS$125
Hotels.comUS$125
Agoda.comUS$125
Expedia.comUS$125
HurbUS$139
View all 19 deals
Prices are the average nightly price provided by our partners and may not include all taxes and fees. Taxes and fees that are shown are estimates only. Please see our partners for more details.
Annie S
New York, New York, United States
276

This courtyard is situated a bit farther from downtown area, definitely need a car to get around.
Overall this hotel is a typical courtyard but the room feels dated and would recommend they do some renovation.

Trip type: Travelled as a couple
See all 418 reviews
Nearby Hotels 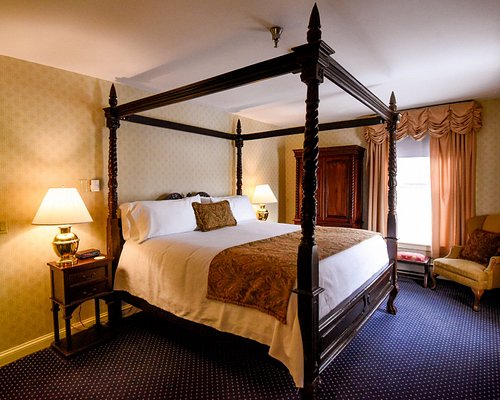 Taking safety measures
We compared the lowest prices from 19 websites
Breakfast included
Embassy Suites by Hilton Saratoga Springs
US$147
US$118
Booking.com
View deal
Free cancellation
EmbassySuites.com
US$118
Priceline
US$118
StayForLong
US$147
View all 19 deals from US$118
1,307 reviews
1.5 km from Courtyard Saratoga Springs

Taking safety measures
We compared the lowest prices from 19 websites
The Saratoga Hilton
US$146
US$125
Booking.com
View deal
Free cancellation
Hilton.com
US$125
Priceline
US$125
StayForLong
US$146
View all 21 deals from US$125
290 reviews
0.5 km from Courtyard Saratoga Springs

Taking safety measures
The Adelphi Hotel
US$293
US$249
Booking.com
View deal
Reserve now, pay at stay
Expedia.com
US$289
Priceline
US$249
StayForLong
US$293
View all 19 deals from US$249
138 reviews
1.1 km from Courtyard Saratoga Springs

We very much enjoyed our 1-night stay. All coronavirus protocols were in effect, and everyone was wearing a mask. The room was exceptionally clean, as well as very spacious - 2 large extremely comfortable queen beds, a desk with a large pull out table, and a seating area with a comfortable sofa and ottoman. We had problems with the TV and phone when we first got to the room, but it was resolved quickly and very professionally. All staff interactions were very pleasant and professional. The coffee maker did not work, but they did provide free coffee at the desk. While we were only there overnight and didn't really didn't explore the area, the hotel seems to be in a great location, close to downtown, Skidmore College, and easy access to I-87. Would definitely stay there again if ever in the area.

Thank you for staying with us! I am happy to hear you enjoyed your stay. We hope you can visit again and check out all Saratoga Springs has to offer!

Report response as inappropriateThank you. We appreciate your input.
This response is the subjective opinion of the management representative and not of TripAdvisor LLC
TREK39
Brooklyn, New York
271136
Reviewed July 13, 2020 via mobile
Great place

We were very pleasantly greeted and checked in by Marianna. Room was very nice size and up to date... except for 5he bathroom which was somewhat dated but ok. Room had fridge microwave and Keurig. Also had a tiny balcony.

This review is the subjective opinion of a TripAdvisor member and not of TripAdvisor LLC
NSL1986
Hamilton, Massachusetts
279
Reviewed January 4, 2020 via mobile
Fabulous shower with wall jets

We found the staff to be friendly, professional and accommodating at every turn. They handled a loud late-night post-holiday party gathering in another guest room promptly and efficiently.
The lobby was nice, there seemed to be plenty of free parking (early December visit) and the location was handy to the lovely downtown area.
We are Platinum Elite rewards members and we’ve been to many Marriott hotels. Not all Courtyards (or regular Marriotts) are the same, so I like to read reviews. So just fyi if these things will bother you:
The beds were quite hard, which was disappointing as we usually love Marriott beds. Pillows were great, as expected.
All lighting in the bedroom was extremely cool white, which is not relaxing and not the norm in any Marriott I’ve ever visited.
The finishes in the room/bathroom were a bit worn (doors, some tile/grout, ceiling, etc.) but overall it was clean. The shower was exceptional, with a large rain shower plus great wall jets. There was also an adjustable handheld shower which was not used due to what appeared to be excessive lime scale build-up. That needs to be replaced immediately. Our requested 2 queen room was upgraded and this room was located on a floor of suites, so that’s not likely a standard shower. For those wall jets, I might actually sleep on that hard bed on my next visit to Saratoga Springs.
I’m only giving it 3 stars because I’ve been to lots nicer Courtyards, but it’s not a bad value for the money in the area.

Thank you for your feedback! I apologize for falling short of your expectations. Rest assured we have shared your feedback with the housekeeping team in an effort to improve our service. Again, thank you and we hope to see you again when you travel back to Saratoga!

Report response as inappropriateThank you. We appreciate your input.
This response is the subjective opinion of the management representative and not of TripAdvisor LLC
258beatak
Indialantic, Florida
19297
Reviewed October 30, 2019 via mobile
Very good

Very good hotel. Excellent location in walking distance to the main street. Close to restaurants and shopping. Room was big and clean. Very quiet. Bathroom big and clean . Hotel has a charming atmosphere with small bar and fireplace in lobby area. Service very friendly and professional.

Thank you for your feedback! It was our pleasure to serve you and we are delighted to hear you enjoyed your stay! We hope to see you again when you travel back to Saratoga!

Report response as inappropriateThank you. We appreciate your input.
This response is the subjective opinion of the management representative and not of TripAdvisor LLC
KLM419
Denver, Colorado
5113
Reviewed October 6, 2019
Excellent service!

I was so happy with the service, the food was excellent, and Maynard was so kind to drive me around. The front desk staff were always available, even when they had a lot of guests. Thank you for an amazing stay!

Thank you for your feedback! We hope to see you again when you travel to Saratoga Springs!

Report response as inappropriateThank you. We appreciate your input.
This response is the subjective opinion of the management representative and not of TripAdvisor LLC
View more reviews
PreviousNext
12…70