Stayed two nights and was very happy with the inn. The rooms were very clean and large with space to move. The service was great and the breakfast that was included was wonderful! would stay again. Price was lower than most an added bonus

See all 48 reviews
Nearby Hotels 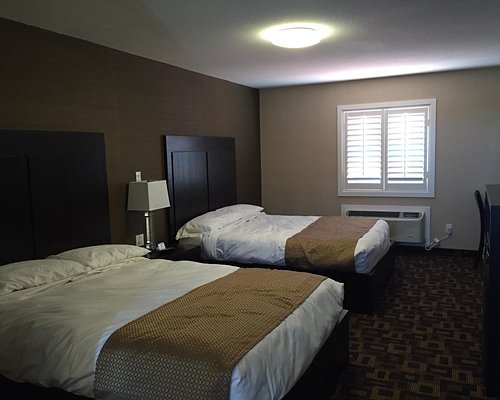 Expedia.com
View Deal
Free cancellation
Reserve now, pay at stay
Hotels.com
US$67
Travelocity
US$67
CheapTickets
US$67
View all 9 deals from US$67
16 reviews
1.7 km from Tamarack Motor Inn
We compared the lowest prices from 9 websites 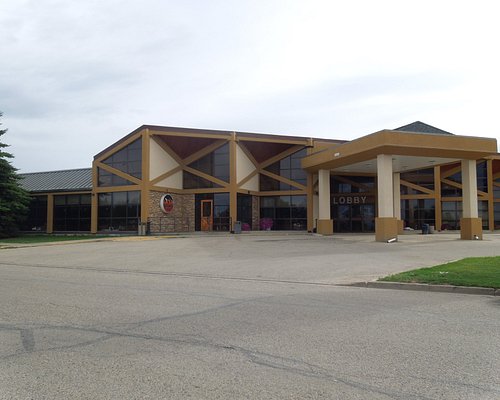 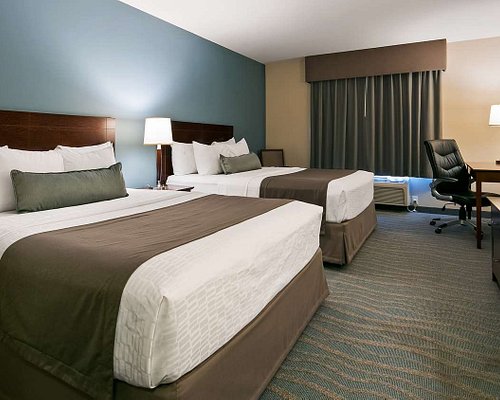 On arrival the receptionist was friendly and helpful however as we entered our room the overpowering smell of disinfectant was very off putting. We needed to leave the bathroom fan on to at least make the room bearable to be in
We booked this hotel as it offered a bar and restaurant when infact there is no bar. There is a beer menu - which looked as if it had been left in a puddle of beer - we ordered beer and asked to look at the wine menu thinking we would have a bottle of wine with our meal. The wine menu equally looked tatty and unprofessional. We were then told that there was not a bottle of any type of wine available. We decided to stick with beer
We were harassed to make our meal order, the quality of the food was excellent however the gravy came in a chipped container and also one of our plates was chipped. Really !!!! this is meant to be a quality establishment
Before my husbands plate was taken away our bill was on the table no offer of desert we actually wanted to finish our meal with coffee/spirit which we asked for and got.
Exceptionally disappointed we were made to feel an oddity as we wanted to sit an enjoy an evening of drinks and food in a relaxed atmosphere. I would not recommend this hotels restaurant for ambiance or relaxation as the title says completely disappointed

This review is the subjective opinion of a TripAdvisor member and not of TripAdvisor LLC
Sheila S
152
Reviewed August 12, 2019
Mixed review

Stay at the Tamarack Inn in Rocky Mountain House
Mixed review
We stayed in the Tamarack for two nights. When we arrived on Friday night and the first thing I noted was that the lobby was dated, and the place smelled like pineapple air freshener. The chairs in the lobby are ragged and dirty. They should be replaced immediately as they and give a terrible first impression.
The hotel staff issued us a room in the basement. It was dark, dated, and dreary. The carpet was stained in several places and it smelled. We asked for another room and we were moved upstairs to a better room. The carpet was cleaner, and the beds were comfy, the sheets and pillows were good, and the place was quite clean. The bathroom had some updates, but the towels were worn and rough. I wondered why they would put us in the basement if they had nicer rooms available upstairs?
We had supper in the restaurant, and it was surprisingly good. Our server was a high school girl who was so sweet.
Our friends arrived later and checked in, only to be given a room with stained carpets and no updates in the bathroom. This dragged down the appearance of the room.
The next morning, we had a free breakfast in the restaurant. Bacon, eggs and hash browns. It was very good.
My assessment of this hotel is mixed. This hotel has nice staff and the rooms are well priced. The staff tries to keep the hotel clean, but the wear and tear are obvious, and it needs a major overhaul.
I would not stay here again, but I would eat in the restaurant. If you don’t mind taking your chances on a room and if you like the smell of pineapple, this is the place for you.

Room tip: Ask for above ground and if you don't like your room ask for another
Ask Sheila S about Tamarack Motor Inn
1  Thank Sheila S

This review is the subjective opinion of a TripAdvisor member and not of TripAdvisor LLC
markdfoley
1
Reviewed July 29, 2019
Fantastic Restaurant

Both dinner and breakfast were WAY above average. The breakfast was included in the rate and was individually made and served ... just like in a regular restaurant. Place have a "olde time" feel, which is rare to find these days. I liked it!

We are so happy to hear you enjoyed your stay! Thank you, we look forward to seeing you again

Report response as inappropriateThank you. We appreciate your input.
This response is the subjective opinion of the management representative and not of TripAdvisor LLC
11catfish
1
Reviewed July 1, 2019
Terrible

Should be a 2 star. Windows wouldn't open. Terrible.Stuff hanging from ceiling. Tap in bathroom come off. We'll be staying in Rocky mnt house a lot but not at this hotel. Not worth the price. Terrible

Room tip: Make sure the room has a window that opens.
Ask 11catfish about Tamarack Motor Inn
Thank 11catfish

Hello, we are sorry to see you did not enjoy your visit to the Tamarack. We hope on your next visit you find it to your satisfaction. Thank you for taking the time to rate your visit.

Report response as inappropriateThank you. We appreciate your input.
This response is the subjective opinion of the management representative and not of TripAdvisor LLC
Me1krnricif
126
Reviewed June 23, 2019 via mobile
Restaurant

Sunday brunch buffet was terrible. When we got there 10:45am there was next to nothing left in the bins. We scraped together what we could put of the bins and ate our first plate. Everything luke warm to cold. We went up for our second plates and the bins were all empty, waited about 15 minutes and they were still all empty. Managed to get a hash brown and two bacon crumbles for my second plate. When we paid we told them that everything was cold and she just said “ok”. I won’t be going back for brunch buffet here. I do eat regular meals there though and they’re usually great. Just no idea how to do a buffet

Hello, we are sorry to see you did not enjoy your visit to the Tamarack. We hope on your next visit you find it to your satisfaction. Thank you for taking the time to rate your visit.

Report response as inappropriateThank you. We appreciate your input.
This response is the subjective opinion of the management representative and not of TripAdvisor LLC
View more reviews
PreviousNext
123…8