Spent three nights there in early September for a family golf vacation. Rodd Crowbush is a pet friendly hotel for our two dogs and we often stay there when visiting PEI. The golf course is one of the nicest and most challenging on the Island and the beach a short walk away is a fantastic and tranquil place to relax. There is a golf cart shuttle that travels to the clubhouse and beach, and the staff are very accommodating to your needs

The hotel is starting to show it's age but it is still very comfortable and met our needs. We were upgraded to a two room suite on check in which was very much appreciated. The location is a little out of the way but the scenery on the ocean makes up for the drive.

My only issue was the limited menu in David's dining room. However, you can also eat at the golf club if you prefer a different menu. There are also a couple of restaurants within a 10 min drive.

Overall, a lovely resort with lots to do and a place that provides a very relaxing vacation.More

Report response as inappropriateThank you. We appreciate your input.
This response is the subjective opinion of the management representative and not of TripAdvisor LLC
See all 384 reviews
Nearby Hotels 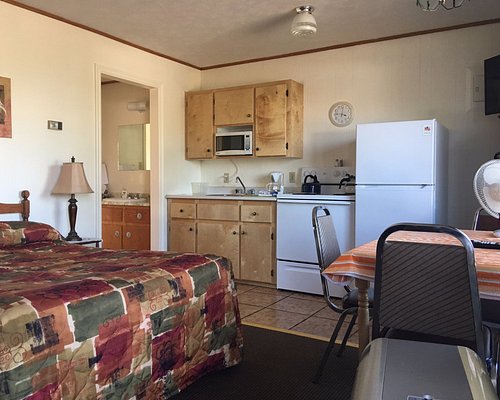 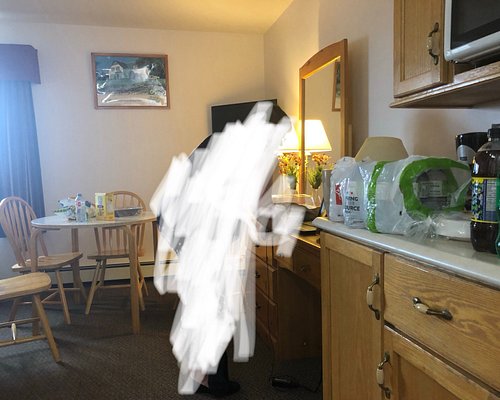 We stayed for two nights with one round of golf. The course was lovely and we both found it challenging. The resort was nice but certainly not five star. We would rate it up there with a Holiday Inn style of property. The finishes were OK. Every tap, fixture and electrical outlet in our room moved when it should not have. The TV's did not turn off...they glowed blue all night. We eventually unplugged the one in the bedroom so we could sleep. The cover on the front of our jet tub was loose.
Almost every hotel room has a noisy air conditioner but this one takes the cake!! It sounded like a jet plane taking off. We set the thermostat high so it would not come on then opened the windows (thank goodness the windows opened!). The restaurant--when we checked in, the hostess made a point of taking a few steps over to the door of the restaurant to show us where we would have breakfast and dinner (only other choice is the club house unless you want to drive back to town). She made no mention of the fact that the resort was busy and we should make reservations. When we arrived at 7 to see if we could get a table, we were told to come back at 10. We went to the clubhouse. I understand that the place was busy, however, it would not have hurt the hostess to suggest we make reservations, while we were standing there at check in, for dinner! We did eat at the restaurant the next night, however, for the first time in a long time, we had to send both dinners back to the kitchen. My medium steak was blue, my husbands medium-rare was well done. We typically would just eat it but it was just too wrong. All food, at the restaurant and at the club house, took way too long to bring out. All small things, however, if you are going to bill yourself as a FIVE star property, expectations are higher.
The pool was not indoor/outdoor--the pool is indoors and the hot tub is outside.
Room was comfortable and bed was OK but not a high-end pillow top as advertised.
Just a little disappointed.

Thank you very much for taking time to share your feedback with me after your recent stay at Rodd Crowbush Golf & Beach Resort. You can be assured that I have shared your feedback with all members of my team and we are utilizing it as a training tool for our staff as well as focusing some of maintenance team on the areas such as the air conditioners.

Report response as inappropriateThank you. We appreciate your input.
This response is the subjective opinion of the management representative and not of TripAdvisor LLC
ETeal
Billerica, Massachusetts
229126
Reviewed August 31, 2018
A Great time at the Beach

We booked the Rodd Crowbush for several night's stay earlier this month during our vacation to PEI.

Arrival was interesting. We were driving from Maine, so were arriving at 9pm or so and it was dark. The roads aren't lit, and there were no cars on the road at that time. So it was eerie when the GPS said to turn left down a dark side road.

But after following a couple turns we came to the well lit driveway / parkway to the hotel complex. The approach adds to the isolated feeling -- almost like a secret spot. The hotel and cottages are well lit, have plenty of parking, and great looking.

We were greeted right away by name (apparently we were the last arrivals for the night). Check-In was quick. The clerk said there wasn't a bonfire yet on the beach because of rain the previous night, but if we wanted, they would fire it up. After checking in, we did go down to the beach (me and my daughters) and their golf-cart-tram took us the rest of the way. (think Disney parking lot tram, though smaller) THe driver was super friendly and said to give him a text when we wanted to come back and he'd pick us up.

The room was nice. Bed was great. My daughters say the fold out couch was "decent" to sleep on. The only two issues were that the air vent in the bedroom was non-working, so all the AC was in the living room, and the bugs. There were several black bugs we found during our stay. Not bedbugs, but beetles. We brought one up to the desk to show them. Probably creeped in from the grass outside our groundfloor slider.

The slider opened on a small patio with a couple plastic chairs. A bit too flimsy for me to use, but great for the wife, who used them while calling her mother.

There is a restaurant just off the lobby. A bit to "foo-foo" for me, but available. There is also a more secret one out on the golf course. We didn't go because we didn't find out about it until our last day when some other guests were being driven to it. (the "clubhouse"?)

Besides the awesome beach, and great bonfire, there are also 2 tennis courts, golfing (of course), and horse back riding at the stable down the street from the hotel. So plenty to do. If the weather cooperated, we would have stayed longer. But the rains were coming so we decided to head to drier sites.

We received a couple free frisbees to toss around on the beach. That was a nice thoughtful giveaway. We used them a lot and had fun. There are chairs located down near the fire pit on the beach for sunbathing or sitting out. I used them while the girls swam in the ocean.

We picked the Crowbush based on a good time we had during our last PEI vacation at the Rodd River Resort. This one was just as nice, and maybe even better. We'll come again next time.

Report response as inappropriateThank you. We appreciate your input.
This response is the subjective opinion of the management representative and not of TripAdvisor LLC
velmamaceachern
Sydney, Canada
4
Reviewed August 27, 2018
Great get away

If there are only two off you or a family of five this is the perfect place to relax and enjoy a game off golf . The cottage was just what we needed and with the beach just a short walk away it was perfect and not too crowded. I would recommend this resort for anyone who wants the perfect getaway.The restaurant was fantastic with a lot of great choices and don’t forget desert!

Thank you very much for sharing your great stay at Rodd Crowbush Golf & Beach Resort with your fellow travelers. We are glad you had a great time and thank you for sharing your recommendations.

Report response as inappropriateThank you. We appreciate your input.
This response is the subjective opinion of the management representative and not of TripAdvisor LLC
CraigerToronto
Pickering, Canada
1450
Reviewed August 27, 2018
Wonderful group golf getaway

Four couples went to this resort in Mid July. The staff was amazing and organized a beach lobster supper. The restaurant was also very good and the homes we stayed in were well done and had everything we needed. Shopping close by and what a relaxing time. Big callout to Janet Higgens for putting it all together for us. Equally as good accommodation at Brudenell but the restaurant was not as nice. Do them both.

Thank you very much for sharing your great golf getaway. We are so glad you enjoyed your stay at Rodd Crowbush Golf & Beach Resort.

Report response as inappropriateThank you. We appreciate your input.
This response is the subjective opinion of the management representative and not of TripAdvisor LLC
Brichi2018
Ontario, Canada
41
Reviewed August 26, 2018
Family Vacation

What an awesome vacation for our family! We stayed in one of the cottages which had everything we needed. The staff was very helpful and friendly. Beautiful ocean views from the resort, and everything we wanted to see on the island was a drive of half hour or less away from our lodging. We would definitely go back to Crowbush!

Thank you very much for taking time to share your great stay at Rodd Crowbush Golf & Beach Resort with your fellow travelers. We can't wait to see you again.

Report response as inappropriateThank you. We appreciate your input.
This response is the subjective opinion of the management representative and not of TripAdvisor LLC
View more reviews
PreviousNext
1…101112…64