US$119
US$102
View deal
SAVE US$17
HIExpress.comUS$113
Hotels.comUS$113
StayForLongUS$119
View all 18 deals
Prices are the average nightly price provided by our partners and may not include all taxes and fees. Taxes and fees that are shown are estimates only. Please see our partners for more details.
cph174
Clarion, Pennsylvania
9123

Idk how to start. When walking in the canopy is collapsing. Halls are dirty and stained. Room was mediocre at best. Shower head is extremely low! If over 5 feet you won’t fit! Very dated, looks nothing like the picture they provide.More

Thank you for your stay and for taking the time to leave us feedback. I am sorry to learn about the issues with the cleanliness and condition of some of the hotel amenities. I have shared your comments with the hotel housekeeping and maintenance team to ensure thorough and regular inspection of all areas of the property. I trust that the actions taken will improve your next stays with us.

I hope you stay with us again!

Report response as inappropriateThank you. We appreciate your input.
This response is the subjective opinion of the management representative and not of TripAdvisor LLC
See all 162 reviews
Nearby Hotels 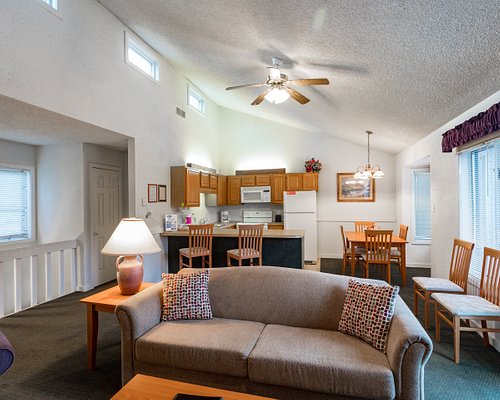 Crown Resorts at The Poconos
US$129
Booking.com
View deal
Free cancellation
Tripadvisor
US$111
Hotels.com
Expedia.com
US$111
View all 12 deals from US$111
64 reviews
2.4 km from Holiday Inn Express Hotel & Suites Drums-Hazelton
We compared the lowest prices from 12 websites 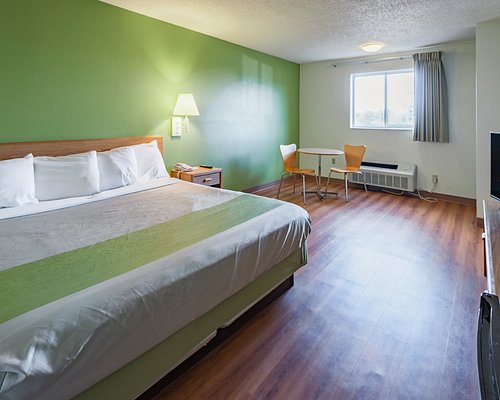 Upon arrival the property looks blank and has ZERO curb appeal. The canopy appears to be falling down and the bottoms of the columns are all shattered. Check in with the older gentleman who had no personality, said maybe 2 words to me the entire time! Was not greeted as a IHG Rewards Club member nor asked if I wanted my bonus points or not. Also, the card that I used to hold the room was not the one I wanted to use at check in but was not given the chance to update to a new card. The lobby is very run down and marks all over the walls. I agree with other reviews about the carpeting it is gross looking I wore flip flops the entire time in the room. The phone in the room was not working so I could not call the front desk. Seating outside was limited to 1 bench from what I saw. And turn on some lighting in the breakfast area it was so dark and drab. I feel management needs to step back and look at the big picture! I stayed at this location a couple years back for another wedding and the hotel was beautiful! Now it just looks like no one cares.

On a brighter note, the shower pressure was fantastic and the housekeeping staff were extremely polite and of all the staff I encountered they spoke the most to me!

Thank you for sending your feedback about your recent stay.

We offer brilliant basics and a little more where it matters most. We know the importance of having a great hotel looks and strong built establishes the appeal and confidence for travelers. I'm sorry that we didn't live up to your expectations. I've also read your comments about our staff unable to recognize you as our valued IHG Rewards member. We make sure that every stay is the best experience our guest will remember but fell short this time. I have informed the hotel management about your review, and I am confident that they will consider your feedback for future hotel and service enhancements.

Hope that you give us another chance to host you again when you visit the area.

Report response as inappropriateThank you. We appreciate your input.
This response is the subjective opinion of the management representative and not of TripAdvisor LLC
Kidsaregone65
Fleetwood, Pennsylvania
440138
Reviewed September 1, 2019
Disappointed in IHG and Holiday Inn!!

Wow, what a disappointment. I haven't stayed at a Holiday Inn Express in a long time and i sure hope this establishment is NOT representative of the average HIE. I usually stay at a competing brand but am a Platinum Elite member from past stays. As a Platinum Elite member I am supposed to get the "best" rate. While checking in I found that someone else that just stopped in for a room received a rate $40 cheaper than mine. The front desk attendant would not honor any kind of discount for me. So my rewards level meant nothing to me for my rate.
I was concerned when we arrived because the front desk wall was really beat up and in disrepair. This is indicative of the entire facility. We found the halls and room to be marginally clean. The outlet and switch covers in the lobby men's room are attached with drywall screws. Unsightly and maybe against electrical code.
When we got to our room we found we did NOT have a kitchenette as advertised on the IHG website. We had food to keep cold so i went to the front desk where i learned that there are only three refrigerators for all of the rooms and you must know to ask for one when you make your reservation. No refrigerator for us. They did offer to put our food in a "public" refrigerator - no thanks, too many crazy people in this world to let my food in a public refrigerator!
I requested a wakeup call that never happened! Thankfully my wife woke up in time to make me aware of the time! I made it to my appointment a few minutes late.
There is a sign on the dining area refrigerator saying that a takeout bag for breakfast could be had if you were not able to enjoy breakfast when served. Since my meeting was early in the morning, I requested a breakfast bag to go. You guessed it, I was told there was no such thing available.
I regret booking a room at this facility and hope to receive a positive response from the email i am sending to management of this hotel.

This review is the subjective opinion of a TripAdvisor member and not of TripAdvisor LLC
berndog80
Moosup, Connecticut
159
Reviewed August 23, 2019 via mobile
Move onto the next hotel

We booked this place because it was close to the family function that was planned. I typically do not stay at Holiday Inn but the proximity made it our choice. As I checked in I should have known, the lobby walls were in disrepair and there are holes in the wall behind the desk. As you walk to the room, there are black scuffs all over the walls of the halls and there was built up dust in the corners of each doorway. The room itself had a funk to it. The carpet was sticky in spots. The shower curtain had mold on it, picture attached. I decided to pack up and leave. The price I was paying was the same as my normal hotel that is clean and maintained. This place is not old enough to be in this condition. I would not recommend this for anyone.

I appreciate you for staying at Holiday Inn Express Hotel & Suites Drums-Hazelton and for giving us your thoughts about your recent visit.

It's unfortunate that you were not completely satisfied by the state of our rooms and hotel building. Also, I understand that you had issues with the cleanliness of our rooms. The situations you have raised are definitely not what we expect from any of our properties, nor something we want our guests to encounter. I'm so sorry for all the hassle. I have already brought up your comments to the hotel's attention and necessary actions will be taken to avoid the same inconvenience in the future. I'd like to follow up on your concerns that's why I've sent you a private message.

I truly hope that we will have a chance to make it up to you and provide you with a better experience upon your return.

Report response as inappropriateThank you. We appreciate your input.
This response is the subjective opinion of the management representative and not of TripAdvisor LLC
erik f
Loganville, Georgia
477120
Reviewed August 10, 2019 via mobile
Only if you have to...

We came in on a late night with downpour of rain. The room had no amenities (fridge or micro), the bathroom tile grout was black - like never cleaned and moldy black, the beds were ok but the carpets in the hall and room were worn far beyond a “2 yr old” hotel.
Staff was friendly (this gave them a 2nd star in my book) - only stayed because the roads were dangerous and the normal hotel I would stay at was sold out. Couldn’t leave quick enough... the awning over the entrance had tons of mold by the spout- needs a deep cleaning.

Thanks for stopping by Holiday Inn Express Drums-Hazleton (I-80) and taking the time to share your thoughts. I am happy that you found our staff friendly. We strive to deliver the basics, and I'm sorry that didn't happen on this occasion because of the poor cleanliness and lack of amenities in the room. I've looped management of your review, and to serve our guests better I trust this will be looked into.

We hope you give us another try in the future!

Report response as inappropriateThank you. We appreciate your input.
This response is the subjective opinion of the management representative and not of TripAdvisor LLC
deckm
philadelphia
5136
Reviewed August 6, 2019
Unless on super tight budget, find somewhere else

The room itself wasn't terrible. Mine was actually pretty clean and there was a micro and fridge in it. However there was a dearth of outlets and the WiFi felt like dial-up speed. The bed was really hard and though I can deal with that other people may not like it. The AC unit worked fine and was quiet.

The hotel though was, as others have reviewed, dirty, older, and worn out. Hallway carpets were threadbare in some places and stained. The bottom of one of the stairwells had a light out and was dark. There's chipped paint everywhere. Outside there's minimal landscaping and there were several piles of bagged mulch waiting to be spread but they looked like they've been there for awhile. It's almost as if the owners had a cash flow problem and are neglecting the upkeep. It's too bad because the location is great, just off I-80 but not so close that there's road noise. There are some decent places to eat within 5 or 10 minutes.

I took a look at the breakfast bar and decided to grab breakfast somewhere else.