We pulled off the interstate during evening rush hour to a massive traffic jam and settled on the most convenient motel. I had never heard of GuestHouse Inn; but was very satisfied. A very large clean, quiet, and comfortable room. The breakfast was a bit above the usual for that class of motel.

See all 37 reviews
Nearby Hotels 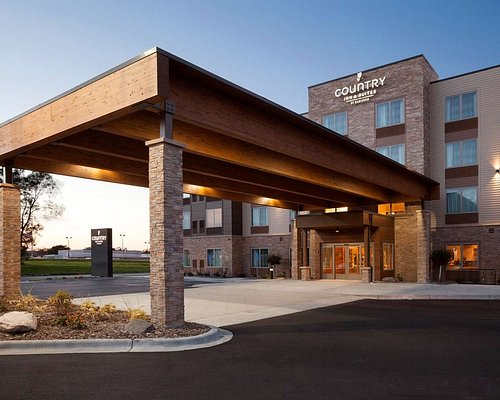 Breakfast included
Country Inn & Suites by Radisson, Clarksville, TN
US$59
Booking.com
View Deal
Hotels.com
FindHotel
US$58
Lol.travel
US$84
View all 16 deals from US$58
628 reviews
0.2 km from GuestHouse Inn Clarksville
We compared the lowest prices from 16 websites 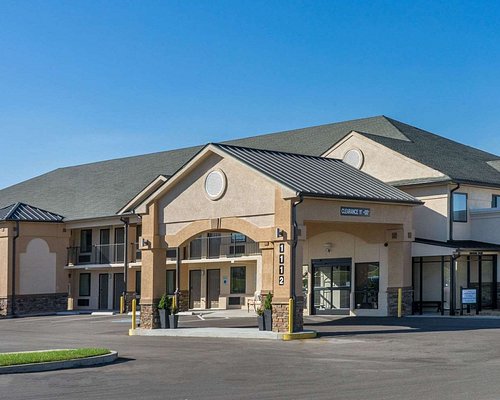 Taking safety measures
We compared the lowest prices from 17 websites
Breakfast included
Best Western Plus Atrium Inn & Suites
US$91
US$83
Tripadvisor
View Deal
Pay up to 12X
Hotels.com
Booking.com
US$83
Lol.travel
US$91
View all 18 deals from US$83
576 reviews
0.9 km from GuestHouse Inn Clarksville

Taking safety measures
We compared the lowest prices from 18 websites
Hilton Garden Inn Clarksville
US$115
US$89
Tripadvisor
View Deal
Free cancellation
Pay up to 12X
Hotels.com
Booking.com
US$89
StayForLong
US$115
View all 17 deals from US$89
880 reviews
0.7 km from GuestHouse Inn Clarksville

Nothing to write home about as far as the room was concerned. However there was a decent breakfast.
The entire place was clean. And the staff friendly. I was surprised at the selexfion for breakfaat. A little more than others.

This review is the subjective opinion of a TripAdvisor member and not of TripAdvisor LLC
jennifersK3422AT
Bonnots Mill, Missouri
62
Reviewed June 15, 2018
Not for me or my family

The place was very uncomfortable, there was stains on the shower curtain and the place smelled like a smoke shop. I would not recommend to stay here at this current time but if they did some cleaning and refreshing to the place than I might change my mind. Very run down.

This review is the subjective opinion of a TripAdvisor member and not of TripAdvisor LLC
Tamara C
Hendersonville, North Carolina
6234
Reviewed April 22, 2018 via mobile
Extra nice, well above other hotels

Superb inn, great modest price, extra extra clean room and bathroom, very spaceous rooms, superb breakfast, the potatoes look ruff but thats to keep others from eating them so you can eat them all yourself ...they are beyond delicious, the drop dead gorious young man at the front desk was one of the nicest polite helpful gentleman you'll ever meet.... I would highly recommend this inn..

This review is the subjective opinion of a TripAdvisor member and not of TripAdvisor LLC
Bill R
Ellenton, Florida
376
Reviewed April 2, 2018
Good location, good price

First thing that hits you is a hint of previous smokers, covered up by sweet perfume. The room was clean, bed comfortable, WiFi, TV were nice. My fridge door wouldn't close, so freezer portion was frosted over(rm 209). I had no issues with noise. The bath towels are cheap. But so is the price. Overall, a very good deal.

This review is the subjective opinion of a TripAdvisor member and not of TripAdvisor LLC
Vanessa R
21
Reviewed February 14, 2018 via mobile
Checked in because we could park a car with trailer attached in parking lot

Outside access to rooms, definitely a low budget place to stay. I think it’s in the process of being remodeled because our bathroom and sink still looked pretty new. The bathroom doesn’t have ventilation though, and during my shower I noticed some very very tiny dark dots on the ceiling. If we were staying for more than a night I would express my concern louder, but you do get what you pay for. That being said, if it’s dangerous mold, it should probably get removed sooner rather than later regardless of price...

There were some interesting stains on the shower curtain; I’m not sure if someone went crazy with their toothpaste and managed to make it explode all over the curtain or if they had a rave and had blue colored whatever’s... but it led me to raise an eyebrow. There were also some peculiar stains on the comforter toward the foot of the bed.

The shower was quiet which allowed my dad to fall asleep (checked in around midnight), which was exactly what we needed after a 14 hour drive. We had a non smoking room, but it smelled smoky upon opening the door. I’m not sure if someone smoked in there, or if it was an issue of smoke seeping through the walls.

The clerk at the desk was lovely and gracious. The lobby looked very nice.

I think based on reading other reviews that this place is under new management, so I’m hoping it continues to (seemingly) improve. Might need more due diligence when hiring housekeeping, though.

Overall, it isn’t perfect but it will definitely work. I’ve stayed at way worse places.