Agoda.com
Prices are the average nightly price provided by our partners and may not include all taxes and fees. Taxes and fees that are shown are estimates only. Please see our partners for more details.
cmr233
Pumsaint, United Kingdom
41

Abysmal cardboard cup of tea..( covid rules? ) tasted awful sky high Price
Other people were using glass wine and beer glasses. no sence in it
Will not go back again untill rules change and prices come down.

See all 22 reviews
Nearby Hotels 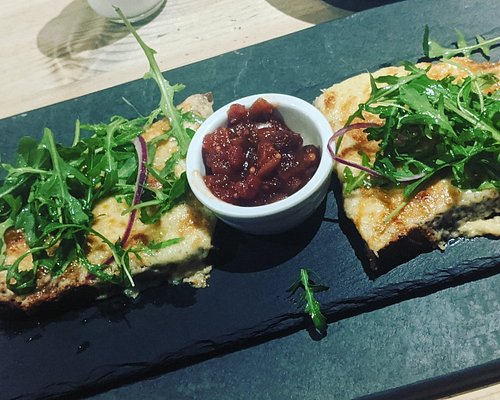 We stayed at the Royal Oak, as we were travelling through the area and read reviews on trip advisor before making our choice to stay. We were not disappointed, basically decorated rooms but had everything we needed and exceptionally clean, the bed was lovely and comfortable, giving a good nights sleep! The whole establishment displayed good Covid awareness.

Would definitely stay again and recommend.

This review is the subjective opinion of a Tripadvisor member and not of TripAdvisor LLC.
Lockdownlocal
Lampeter, United Kingdom
31
Reviewed August 26, 2020
Avoid it like the plague!

The place is not COVID safe, Due to the massive consumption of alcohol and possible other substances, the customers were having a ball and so would the virus if one of them had it! The staff are slack an almost buddies so don’t feel the need to be authoritative over the customers bad behaviour, The general hygiene of the place is also relaxed. The food leaves not much, but everything to be desired. One customer a little drunk said the foods top as the owners are apparently farmers, farmers that Fry!

The kitchen must be one big fryer along with a couple of popty pings thrown in for good measure! The food is poor, cash and carry type inspired cuisine, not healthy, it’s a shambles, Whilst there we were treated to a brawl between to women, one who seemed to have lost her man to another, it was about the only entertainment on offer in the sorry drab establishment. That said the night life of this small town situated pub was lively lots of kids waking around geering and the local dialect seemed to be F*^* rather than the beautiful welsh language you’d expect to hear. Not sure why but no beer on the many taps flanking the bar, not Sure if they had been unable to pay their brewery bill, but no beer on draught is poor show for a pub! The crustacean of a lemon slice served in the gin and tonic had once been a lemon but that very long time ago. Would I return no and I would advise others to avoid it like the virus.

I really don't know what to think about this reviewer. they did not speak to any of the staff or ask to speak to the manager. it seems their main objective was to give our pub poor review regardless. I could answer all the points made but they are all made up and as far as you can get from the truth, and so don't warrant further response. I will let others judge.

Report response as inappropriateThank you. We appreciate your input.
This response is the subjective opinion of the management representative and not of TripAdvisor LLC
Natspink
Blackwood
158
Reviewed August 18, 2020
Very welcoming

Stayed in the Royal Oak with my husband and 7 year old daughter in a family room. Staff were very welcoming friendly and the manager couldn’t do enough for us. Food was amazing. Absolutely loved our stay

This review is the subjective opinion of a Tripadvisor member and not of TripAdvisor LLC.
Debbie H
31
Reviewed August 6, 2019 via mobile
Royal Oak Hotel

Lovely and very friendly staff who were really accommodating.
They kept the kitchen open for us to order a late lunch and it was very good food!
We had our dog with us and she was welcomed everywhere and was very relaxed.
The room was basic but clean.
It was advertised bed and free breakfast but we had to pay for breakfast on top.
We're moving near there soon and will definitely be popping back!
Debbie and Tony.

This review is the subjective opinion of a Tripadvisor member and not of TripAdvisor LLC.
williamsn1005643
Tomar, Portugal
1417
Reviewed March 28, 2019 via mobile
Terrible, over priced and unpleasant

Stayed here one night, room stank of old chip fat, bed had a waterproof cover on the mattress and the shower had “baby oil” and “lotion” containers instead of shower gel. Felt uneasy here and would not recommend this to anyone, very expensive at £95 a night room small really not good. However there was plenty of hot water and good tea and coffee, albeit no plug near where they put the kettle. There is a restaurant but it only had a 3 higiene rating so i went to the Indian in town which was fine and had a 5 rating.

I sorry that your experience did not live up to your expectations. It a shame that you did not speak to us about your visit before you left where we could have taken on board your findings. We will consider your criticisms and make changes where necessary.