Hotel Cordoba
Lowest prices for your stay
US$65
View deal

Orbitz.com
Expedia.comUS$65
Booking.com
View all 13 deals
Prices are the average nightly price provided by our partners and may not include all taxes and fees. Taxes and fees that are shown are estimates only. Please see our partners for more details.
net66
Canada
1113

We enjoyed our time here. It was extremely quiet and had the place to ourselves for the most part. The pool is very enjoyable! The breakfast were good.. especially the fresh cut fruit! Location was good.. only an 8 minute walk to park and cathedral. We would stay here again!

See all 21 reviews
Nearby Hotels 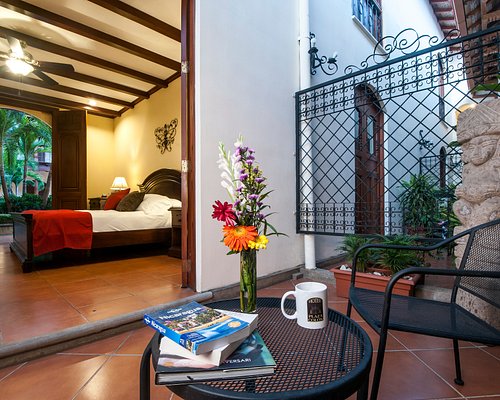 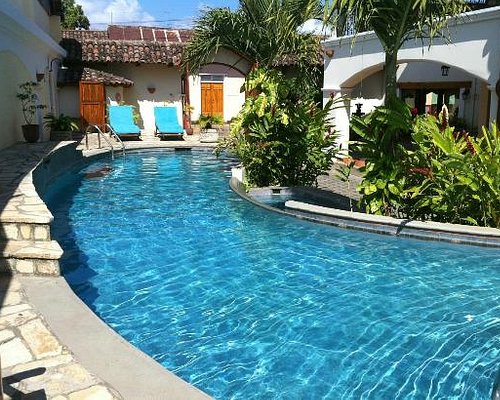 Condo Hotel Xalteva
US$58
Booking.com
View deal
eDreams
US$58
Priceline
US$58
Agoda.com
US$58
View all 14 deals from US$58
278 reviews
1.0 km from Hotel Cordoba
We compared the lowest prices from 14 websites

Orbitz.com
View deal
Expedia.com
US$17
Booking.com
US$18
Official Site
US$35
View all 14 deals from US$17
107 reviews
0.5 km from Hotel Cordoba
We compared the lowest prices from 14 websites
Granada Boutique
US$27

Expedia.com
View deal
Free cancellation
Pay up to 12X
Hotels.com
US$40
Booking.com
US$36
Trip.com
US$53
View all 14 deals from US$36
509 reviews
0.8 km from Hotel Cordoba
We compared the lowest prices from 14 websites
Breakfast included
Hotel con Corazon
US$52

Hotels.com
View deal
Free cancellation
Pay up to 12X
Expedia.com
US$52
eDreams
US$52
Booking.com
US$52
View all 12 deals from US$52
716 reviews
0.2 km from Hotel Cordoba
We compared the lowest prices from 12 websites
Il Padrino Hotel
US$32

Expedia.com
View deal
Pay up to 12X
Hotels.com
US$32
Booking.com
US$25
Travelocity
US$32
View all 12 deals from US$25
203 reviews
0.4 km from Hotel Cordoba
We compared the lowest prices from 12 websites
Breakfast included
La Gran Francia
US$75

Hotels.com
View deal
Free cancellation
Pay up to 12X
Expedia.com
US$75
Priceline
US$75
Booking.com
US$75
View all 14 deals from US$75
531 reviews
0.7 km from Hotel Cordoba
We compared the lowest prices from 14 websites
Breakfast included
Hotel Dario
US$105

Hotels.com
View deal
Free cancellation
Expedia.com
US$105
eDreams
US$105
Booking.com
US$105
View all 11 deals from US$105
419 reviews
0.7 km from Hotel Cordoba
We compared the lowest prices from 11 websites
Breakfast included
Hotel Estrada
US$59
US$56

We are a family of five who travelled from Canada to Granada. We had a very large room with numerous beds; our family had ample space to relax and unwind. The hotel is in a great location and there is lots to do within walking distance. Our room was very clean and we had great breakfasts each day. The pool and pool area was very nice. The owner made a point of checking with us each day to ensure we had everthing we needed; he was very kind. If our travels take us back to Granada, we will most definitely book at this hotel - highly recommend!!

This review is the subjective opinion of a TripAdvisor member and not of TripAdvisor LLC
JCFondeur
Santiago de los Caballeros, Dominican Republic
245104
Reviewed June 28, 2017
A good option in Granada

I was there for three days and it was nice, it seems that they were fully booked, I ws alone and I got a bedroom with three beds, can you imagine?! the beds where small and the room is small, but most of the time I was out so I did not care too much about it, they have a nice and big pool in the center and they serve free breakfast.
They also can order food from another plce if you are there one night and dont want to go out for dinner.

This review is the subjective opinion of a TripAdvisor member and not of TripAdvisor LLC
Leonidas A
15
Reviewed January 6, 2017
Nice hotel, however I was verbally attacked by the owner.

I stayed in this hotel for 5 days.

Initially I was leaving a kindle on the bed (among other things) and everything was OK.

The third day when I came back, I was going to use the kindle, but to my surprise the screen was completely shattered and the device unusable.

I went to the front desk to report the situation, but the person there told me that I would need to discuss this with the owner and he wasn't around at the time.

Later that day I looked for the owner again, this time he was around.

After explaining to him what had happened to the kindle, his demeanor changed, I suppose he had already been filled in with the details by the person in the counter.

Now he looked irritated, he raised his voice and shout: "so what!? what do you want me to do?."

I tried reasoning with him, I told him I was expecting the hotel to take some responsability, the device was in a perfect condition when I left it in the room and only the staff cleaning the room had been there.

He just kept yelling in spanish "so what!?", "call the police if you want", "my staff has worked for me for a long time, they wouldn't do such thing", etc.

At the end I felt powerless and scared, and concluded that definitely it was not worth it getting verbally or physically attack over a $100 kindle.

Even though the hotel has some good things - located 7 blocks away from the city center, the pool has good size and looks clean, the breakfast is OK, etc - the way I was treated by the owner of the hotel trumps anything the hotel might have going on for themself.

I would not stayed in this place again nor recommend it to a friend.

This review is the subjective opinion of a TripAdvisor member and not of TripAdvisor LLC
Geraldine G
Miami, Florida
1
Reviewed March 21, 2016
Amazing hotel and experience!

My husband and I stayed here for our anniversary. The hotel is beautiful in a great location with wonderful history. We arrived and were checked in immediately. The hotel room was beautiful and clean.

One of the best hotels in Granada!

Thanks for visiting us. We wait again.

Report response as inappropriateThank you. We appreciate your input.
This response is the subjective opinion of the management representative and not of TripAdvisor LLC
Websmoke
Edmonton, Canada
1215
Reviewed January 25, 2016
Great Hotel and Location

Stayed one night here in January, treated very well. Comfortable rooms, and good breakfast. Pool was clean and cool, perfect for Granada weather. Staff tried very hard, it is a new hotel so processes were a little redundant. If you want a good place thats not right in the party zone this is it.