“Beautiful and roomy unit close to attractions and...”
UlZqXzE2OV9JZGk=
other travellers have booked this property 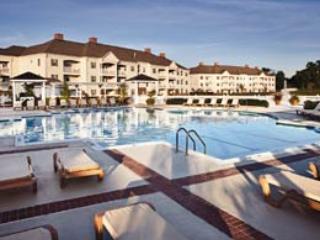 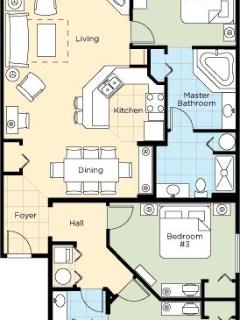 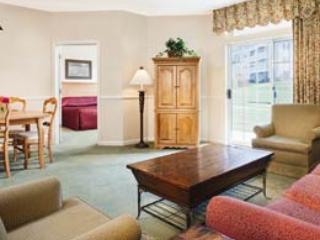 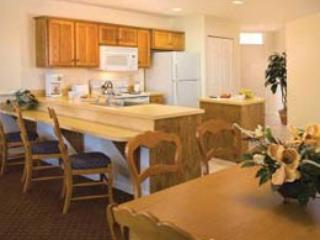 Very good - based on 34 reviews
Write a Review

1 review
“Beautiful and roomy unit close to attractions and shopping”
Reviewed September 13, 2017 for a stay in September 2017

The unit was located close to the shopping and attractions we came to the Williamsburg area for. Inside was beautiful and roomy--just what we needed. The club house had a fitness and computer center and we enjoyed the swimming pool, miniature golf course, playground and pavilion for our family activities. I especially liked that it was on the first floor and the back patio opened to a beautiful field where my grandson enjoyed playing. I'll definitely stay in this unit again the next time we go to Williamsburg.

Date of stay: September 2017
Would you recommend this hotel to a friend?   Yes.
Was this review helpful? Yes
This review is the subjective opinion of a TripAdvisor member and not of TripAdvisor LLC
Problem with this review? Thank you. We appreciate your input.

My family and I stayed at Governer's Green Williamsburg for the first time and absolutely loved it. We come from VA and NJ and meet in Williamsburg every first weekend in August. This was our 17th year but have always just booked two standard hotel rooms. This resort was much nicer to all be together. Looking forward to next year and may even have to extend our usual stay by a day or two!!

Date of stay: August 2017
Your age range 35-49
Would you recommend this hotel to a friend?   Yes.
Was this review helpful? Yes
This review is the subjective opinion of a TripAdvisor member and not of TripAdvisor LLC
Problem with this review? Thank you. We appreciate your input.

Our time at the Wyndham Governors Green was so enjoyable with our entire family present. The resort is top notch! We enjoyed two outdoor pools. Grilled one night after swimming! Played musical bingo and won prizes. We had a s'mores night by the fire pit. Enjoyed Busch Gardens and watched fireworks in Yorktown. All the restaurants were amazing! Great Family vacation two thumbs up

Date of stay: July 2017
Was this review helpful? Yes
This review is the subjective opinion of a TripAdvisor member and not of TripAdvisor LLC
Problem with this review? Thank you. We appreciate your input.

Nice, comfortable accommodations in a quiet area.
Close to all the area attractions.
They did, fairly persistently, try to get us to attend their timeshare presentations. This was annoying, otherwise we'd give it a five.

Date of stay: June 2017
Would you recommend this hotel to a friend?   Yes.
Was this review helpful? Yes
This review is the subjective opinion of a TripAdvisor member and not of TripAdvisor LLC
Problem with this review? Thank you. We appreciate your input.

Governor's Green is a perfect location to experience the triangle of history. The pool and carriage house were well maintained and staffed with friendly helpful people. The condo was exactly what I expected. The kids (15, 14, and 12) appreciated the tennis courts and the pool and felt safe going from condo to carriage house. We would go back.

Date of stay: June 2017
Was this review helpful? Yes
This review is the subjective opinion of a TripAdvisor member and not of TripAdvisor LLC
Problem with this review? Thank you. We appreciate your input.

I would have rated our stay a 5 had it not been for some prodding to attend timeshare presentations during our time at Governors Green. To retrieve our parking pass after checking in at the main desk, we were required to go to a separate desk where someone tried to sell us on attending "free" meals, vacations etc, of course with the requisite timeshare sales pitch. We indicated we were fully booked during our time in Williamsburg and they finally relented and gave us our parking pass along with a coupon/info packet. We were called a couple of times as well, but then left alone. I have to say it was still worth it. They condo and grounds were lovely, spacious, clean and comfortable.

Date of stay: May 2017
Would you recommend this hotel to a friend?   Yes.
Was this review helpful? Yes
This review is the subjective opinion of a TripAdvisor member and not of TripAdvisor LLC
Problem with this review? Thank you. We appreciate your input.

Since we were traveling with my SIL, we would have needed two hotel rooms. But I came across reviews for this vacation rental which sounded ideal for us. I'm glad I did. With three bedrooms, it allowed my SIL her own room, and our two kids had their own room. But it was nicer being together in the same unit rather than separate hotel rooms. It was also less expensive to be together in this 3 bedroom unit than to have two hotel rooms. With large bathrooms, a good-sized kitchen, dining area, and living room, we had a lot of 'elbow room' even with five of us which was a real treat compared to typical hotel/motel rooms. You could comfortably fit more. While we did not do any cooking in the unit, it was nice to have a kitchen for simple breakfasts as well as the invaluable fridge and freezer. There was also a patio with chairs overlooking a lake between the buildings. On two occasions, I ate breakfast out there while the family was still waking up - it was a very peaceful and scenic start to the day. There was also a washer and dryer which we did not use but we really liked having it there 'just in case'. We did not experience noise issues as others had so either the unit above us was unoccupied or they were not loud. We had been warned by friends who have rented timeshares to bring our own supplies but I must say the unit was fairly well-stocked with tissues, tp, paper towels, small soaps, etc. Given that this is a rental, do not expect daily maid service. But with plenty of towels provided, we didn't miss it. There were a LOT of on-site amenities that we just wish we had more time to explore. I really thought we'd have time to enjoy the pool and some miniature golf at least once but we ended up spending more time at the area attractions and most evenings we were just too tired from walking all day.

I have to admit we were apprehensive about potential aggressive sales tactics. I'm pleased to say that while we were provided with a brief run down of amenities and offers to attend sessions to learn more, it was polite and low pressure. When we indicated our non-interest, they did not attempt to contact us again during our stay which was greatly appreciated.

The only negative from our perspective which may not pertain to most, is that my wife's allergies were bothered by something in the unit though she was fine when we were outdoors. It could be a type of cleaning product used, we have no idea. I mention it only for the benefit of those who may be sensitive to chemicals.

To end on a positive note, one of the things we liked the most but didn't realize until we were home, was the bed. Obviously this is a personal preference as everyone's definition of comfortable is different and different units may have different types of mattresses, but ours was so comfy that we now hate our mattress at home and are looking to upgrade to something similar. Had we thought of it at the time, we would have peeked at the label before we left so we would have a better idea of which type of mattress it was that we liked.

Date of stay: April 2017
Would you recommend this hotel to a friend?   Yes.
Was this review helpful? Yes
This review is the subjective opinion of a TripAdvisor member and not of TripAdvisor LLC
Problem with this review? Thank you. We appreciate your input.
Previous Next
1 2 3 4 5 6
Updating list...
Do you own a vacation rental? List it here.

Looking for a place to stay in Williamsburg?
View all 182 vacation rentals