Bicentennial Inn
Lowest prices for your stay
Lock in the lowest price from these sites
US$96
US$67
Free cancellation until 21-05-21
View deal
PricelineUS$67
FindHotelUS$70
Expedia.comUS$67
Hotels.comUS$67
TravelocityUS$67
StayForLongUS$96
View all 17 deals
Prices are the average nightly price provided by our partners and may not include all taxes and fees. Taxes and fees that are shown are estimates only. Please see our partners for more details.
537christined
Leechburg, United States
24676

The hotel was good place to stop. Friendly staff, clean room and bathroom. Heater was very noisy room 127 but bed was comfortable. Nothing for breakfast except coffee due to COVID 19. $72 was a fair price and I would stay again

Trip type: Travelled as a couple
See all 84 reviews
Nearby Hotels 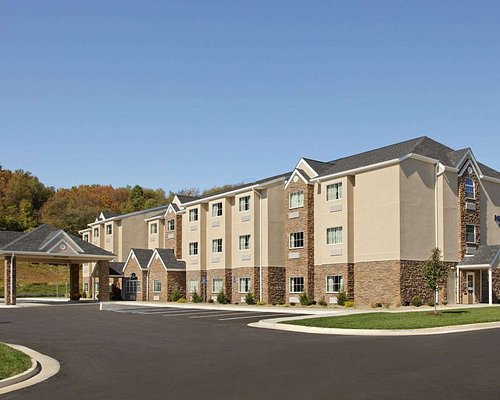 Top Rated
Breakfast included
Microtel Inn & Suites by Wyndham Buckhannon
US$99
US$84
Booking.com
View deal
Reserve now, pay at stay
FindHotel
US$84
Priceline
US$84
Hurb
US$99
View all 20 deals from US$84
679 reviews
1.3 km from Bicentennial Inn
We compared the lowest prices from 20 websites 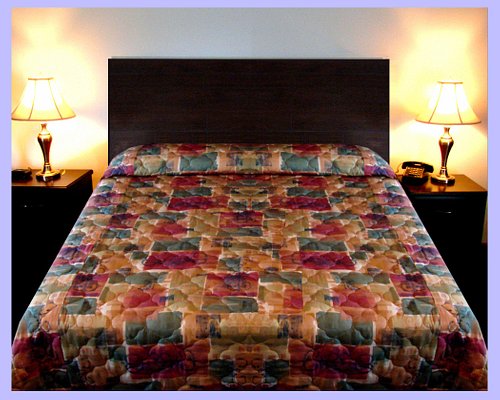 Breakfast included
Centennial Motel
US$60
Booking.com
View deal
Free cancellation
Reserve now, pay at stay
Priceline
US$60
FindHotel
US$60
Agoda.com
US$60
View all 14 deals from US$60
47 reviews
0.6 km from Bicentennial Inn
We compared the lowest prices from 14 websites
10% less than usual
Comfort Inn & Suites
US$79
US$71

FindHotel
View deal
Hotels.com
US$75
Expedia.com
US$75
CheapTickets
US$75
View all 10 deals from US$75
1 review
0.5 km from Bicentennial Inn
We compared the lowest prices from 10 websites
Breakfast included
Quality Inn
US$79
US$67

Good location for visiting the covered bridge at Philippi & within walking distance of downtown Buckhannon. As others have mentioned, this is an older building that has been updated. Our room was by the elevator, near a meeting room & kind of built into an alcove. Not an ideal location - but clean and comfortable. We were disappointed that we were unable to go to the lounge or outdoor bar (closed due to Covid) as they had good online reviews. There was coffee/tea available in the lobby. The “casino” mentioned is a small room with several slot machines. Grounds are pretty with fire pits/grills. A sign at the front desk says that umbrellas and outdoor games are available. For the price/location we would stay again.

This review is the subjective opinion of a TripAdvisor member and not of TripAdvisor LLC
davidhH3816ZT
Lake Waccamaw, North Carolina
370250
Reviewed October 13, 2020 via mobile
Outdated Hotel

Stayed here because it was central to several activities we planned. Website said “recently updated.” Maybe a room or two, but not the majority. Also, a big reason we chose this hotel was it had an on-site restaurant. Everything about this hotel was branded with the restaurant as a central part. At check in we were told that due to COVID it was closed. That part, I get- but take it off of the site or announce that it’s closed!! Room was cramped, outdated and run down. They did offer to change to an “updated” room after the second day. By that point, it was more of a hassle to change rooms. They gave us about a 10% discount. Tried to use a local establishment rather than a chain. If they were clearer on their website all of this could have been avoided. Doubt we will return.

This review is the subjective opinion of a TripAdvisor member and not of TripAdvisor LLC
Kathspleen
Hanover, Pennsylvania
7
Reviewed May 25, 2020 via mobile
Motorcycle trip

We stayed here Memorial Day Weekend. Just after WV opened up from Covid 19. This place was amazing. Huge pavilion outback with a full bar. It was nice to have a drink and a bite to eat. Front desk wAs great and helpful with hikes nearby. We had a blast and our room was updated and clean. We will definitely be back.

This review is the subjective opinion of a TripAdvisor member and not of TripAdvisor LLC
Shell0777
2
Reviewed October 22, 2019
Not comfortable beds

Family traveling from Pgh, PA to experience the local train in Elkins. Picked this hotel as pictured looked to be nice. The main complaint I have about the hotel are the beds. Seriously when people stay away on vacation that is an important feature. They are very soft, sink tremendously and are very squeaky every little move you make. If they were on a solid base, maybe they would have better support. When writing this review we haven’t even slept the night. Took a nap and woke up with my back hurting. I did not see many complaints about the beds, so I didn’t think that would be a problem. The hotel is older as expected it’s in an older town. Not looking forward to waking up to an aching back when we have a full day of walking.

This review is the subjective opinion of a TripAdvisor member and not of TripAdvisor LLC
Roger C
2012
Reviewed October 15, 2019
First time for us at this property.

We enjoyed our stay. The room was clean, quiet and very comfortable. The property is right down town so we could walk to all the businesses and restaurants. Checking in and out was a breeze and the staff was friendly and courteous. The value for price paid is very good.