Hampton Inn Fairmont
Lowest prices for your stay
Lock in the lowest price from these sites
US$118
US$89
Free cancellation until 21-05-23
Reserve now, pay at stay
View deal
Hampton.comUS$89
PricelineUS$89
TripadvisorUS$89
Orbitz.com
Expedia.comUS$89
StayForLongUS$118
View all 19 deals
Prices are the average nightly price provided by our partners and may not include all taxes and fees. Taxes and fees that are shown are estimates only. Please see our partners for more details.
Crysnicolebs
Lexington, Kentucky
7

We stayed here for a quick overnight trip on our way back from NYC. It was a seamless check in and out. Staff was friendly and efficient. Rooms were clean. No complaints. Good for a quick sleep and then back on the road.

Trip type: Travelled with family
See all 365 reviews
Nearby Hotels 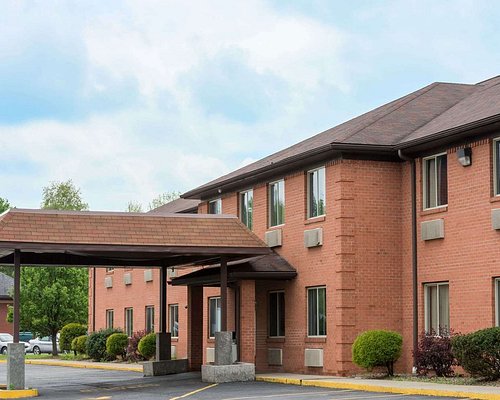 Breakfast included
Super 8 by Wyndham Fairmont
US$74
US$47
Booking.com
View deal
FindHotel
US$47
Priceline
US$47
StayForLong
US$74
View all 18 deals from US$47
418 reviews
0.4 km from Hampton Inn Fairmont
We compared the lowest prices from 18 websites 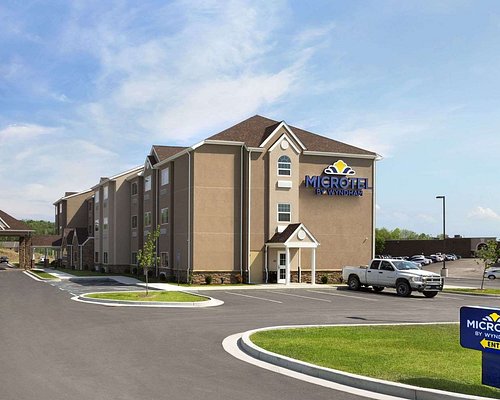 Room had dirty clothes in the bathroom, didn’t care for the boxed breakfast, no real creamer only powdered crap and more.....pool was nice but didn’t make up for the dead crickets that weren’t cleaned up ....shower was scalding hot.....

This review is the subjective opinion of a TripAdvisor member and not of TripAdvisor LLC
peaches10dm
Ashtabula, Ohio
149
Reviewed October 26, 2020 via mobile
Pleasant stay

The staff at this hotel was very friendly. Overall the hotel was very clean except for the large hairball on the floor in my bathroom and the fingerprints on the mirror. Rooms with two queens are kind of small. Rooms with one king a little more spacious. Pool area is decent but small. Grab and go breakfast, which you need to ask front desk staff for, was okay....muffin, juice, water, sometimes boiled egg and yogurt. Very quiet and comfortable and good location.

This review is the subjective opinion of a TripAdvisor member and not of TripAdvisor LLC
Robin H
Green Bay, Wisconsin
82
Reviewed October 19, 2020
Dirty Room, Lumpy pillows.

We were in town for a funeral and stayed 5 days. Upon check in the room was dirty you could write your name in the dust. The pillows were old and lumpy. Due to covid they are not cleaning your room unless you request it, then they only dump the trash, make the bed and change the towels.
There was evidence on the walls where bugs had been killed, as well as a bug itself we saw on the morning we checked out.
Apparently they were giving out breakfast bags , which we were not told about until we were checking out, they were not serving any type of hot breakfast.
The fridge in our room was so iced up the door of the freezer was broken off

This review is the subjective opinion of a TripAdvisor member and not of TripAdvisor LLC
RobinF261
139
Reviewed October 17, 2020
Dirty room and no one available when the toilet isn't working.

We booked through a third party and were looking forward to what we usually experience at Hamptons. We've been terribly disappointed so far. Considering the current situation with Covid, you would expect hotels to be pristine. This one has proven to be more than disappointing. The elevator keypad was dirty enough that I wouldn't touch it without using handful of hand sanitizer. Our room was worse. Despite being told that we were getting the room that we were getting because it was the only one that housekeeping had finished cleaning, the room was dusty, the headboards were covered in greasy handprints, the doors were covered in dirty handprints, and the toilet had urine all over it. Instead of complaining, we went and got some lysol and cleaned everything. I was really surprised to see how truly dirty everything was when I was wiping everything down. Then we realized that there was an issue with the toilet. The issue got worse and worse until it wouldn't flush at all. Mind you, it was only TP. I called the desk and I was told that there was no one available to help and that they were sold out, so....... and she left it at that. Inferring that we were stuck with it. At that point I insisted that something be done and that we were NOT going to go all night without a functioning, backed up toilet. Then she said that she would try to call someone but she had no idea when they would show up. Finally, my husband went down and asked for a plunger. He has spent the last 1/2 hour trying to get it fixed. Hampton used to be our 'go-to' place to stay. We're members and we expect better. But we're beginning to realize that they are not what they used to be. And if you're foolish enough to book through a third party, forget about it. They simply do not care.

This review is the subjective opinion of a TripAdvisor member and not of TripAdvisor LLC
dclmom34
Statesville, North Carolina
53899
Reviewed August 7, 2020
Overnight stop

We were moving our daughter for her new job and picked this hotel because it was right off of the interstate. The lady at check in was super nice and had our room cards ready when we got there. We had 2 rooms and everything was nice and clean. The bed was comfortable and although it’s close to the interstate, it was really quiet. Breakfast was in a bag due to the virus (which we understand), we needed up at the McDonalds instead. Check out was a breeze. We will definitely here again.