US$139
US$112
View deal
Free cancellation until 21-10-01
PricelineUS$139
Hotels.comUS$128
FindHotelUS$128
View all 13 deals
Prices are the average nightly price provided by our partners and may not include all taxes and fees. Taxes and fees that are shown are estimates only. Please see our partners for more details.
GattoViziato
Columbus, Ohio
647259

This hotel is located near downtown Hartford and is walking distance to local restaurants and bars. The front lobby is open and clean and the restaurant and bar within the hotel serves great food. The rooms are modern and fresh with the proper space. The beds are good, the only negative is that people can pounding and noises from the rooms above. The hotel serves a hot breakfast in the morning and fresh coffee is available as early as 5am in the morning. Overall good stay

Trip type: Travelled on business
See all 23 reviews
Nearby Hotels 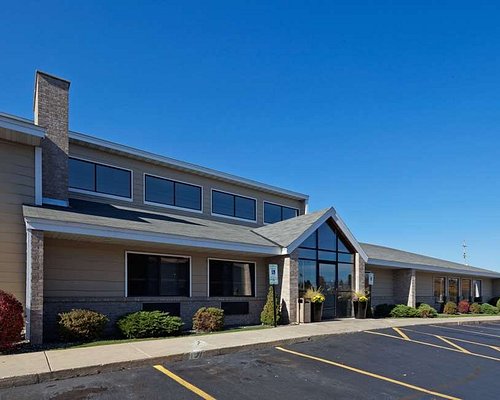 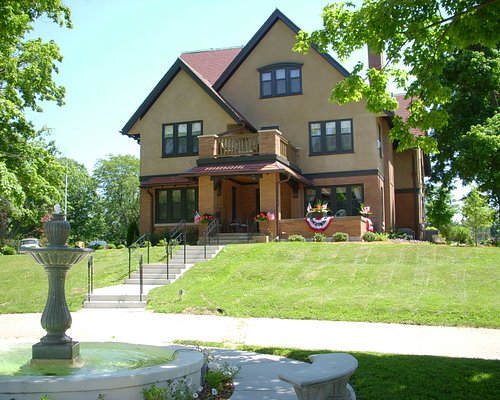 I had a job in Hartford that kept running late into the night, so over a week, I checked in and out of this property five or six times. The property is newish and quite clean, which is the primary reason I chose it. The staff I interacted with were all professional and friendly.

The rooms were a bit of a letdown. They were well appointed, refrigerators, microwaves, hair dryers, irons and such, but the decor was utilitarian and was almost something out of Soviet Block days. In short, they had everything you needed, but lacked any warmth. I even wound up in a suite one night and it was as depressing as the standard rooms and had a sofa that reminded me of the vinyl covering of a school nurse's bed.

Tip, request a room on the parking lot side (odd number rooms) otherwise, you will be awaken to the sound of trucks rumbling down Hwy 60.

The hotel has free breakfast, sundries shop, a pool and restaurant that I did not partake in. It even had room service which was a surprise, but I didn't try that either. In short, I'd say that The Cobblestone has the amenities of a premium property, but the rooms have the feel of an older Hampton Inn.

Room tip: Odd numbers that are on the quiet side of the building
Ask brianrc2014 about Cobblestone Hotel and Suites Hartford
Thank brianrc2014

This review is the subjective opinion of a Tripadvisor member and not of TripAdvisor LLC.
TSchwartz731
Rhinelander, Wisconsin
2
Reviewed April 12, 2021
Cobblestone is an excellent hotel with first class amenities and staff

The amazing customer service started at check-in. The General Manager, who at the time helping housekeeping get rooms ready, went way above typical hotel customer service when she stopped what she was doing and took time out to check me in early. She even went up to my room first to make sure it was available. The room was comfortable, clean and well appointed. The bed and pillows very comfortable. While I was unable to use most of the hotels extra's, the aromas from the steakhouse were delicious! At checkout the staff was very attentive, friendly and efficient. It was a great experience and this hotel will always be my destination when visiting Hartford!

Room tip: In my visits I've only stayed in a suite but I would be happy with any room available on the property.
Ask TSchwartz731 about Cobblestone Hotel and Suites Hartford
Thank TSchwartz731

This review is the subjective opinion of a Tripadvisor member and not of TripAdvisor LLC.
american1
1
Reviewed January 13, 2021
Loved my stay!

I have stayed here several times since they opened and it never disappoints! The hotel is warm and welcoming. I have always had amazing service from the hotel and Chop House employees. I happen to come here for work travel but would definitely come for a weekend away with friends or family. I'm shocked at the customer complaints about breakfast options during Covid - seems petty to me. Every small tow local business is doing the best they can to survive this pandemic. I'll stay in my beautiful room with a super comfortable bed and choose to be kind instead of complain. I'll be back for a weekend away with my husband this summer for sure!

Thank you! So we are so thrilled that you shared your positive experience with us. Thank you for joining us in the Wissota Chophouse as well, we love having a restaurant onsite!
Thank you again and we look forward to your return.

Report response as inappropriateThank you. We appreciate your input.
This response is the subjective opinion of the management representative and not of TripAdvisor LLC
justmeandher1
1
Reviewed December 29, 2020
Lack of housekeeping

The Cobblestone is a nice hotel and its location is perfect to visit the shops and restaurants downtown. I've lived in Hartford my entire life (50 years) and moved away two years ago. I know the city and the hotels well. Being a newer hotel and thoughted as up-scale, I thought I'd give it a try. The rooms are spacious, yet sterile and bland (no wall decor or upscale anything). The pool was very nice. The breakfast was disappointing.... It was refrigerated French toast and bacon or breakfast sandwiches on the weekend that you then microwaved, or you could choose cereal, bagels, apples, oranges. Come Monday, no hot food offered. Even with Covid, I think they could have done better.
The real disappointment was with the housekeeping (or lack of). I stayed three nights and no one ever showed up to clean the room, even after I requested it. I was switched to another room (huge inconvenience) to find a perfectly clean room on initial appearance, but then poured a glass of wine and found the glasses to be used and not cleaned. UGH!
I think this hotel has the making to be great. I think lack of staffing or lack of staff that truly cares are the cause. I hope they get it right. I also hope they management contacts me to address the shortcomings of the stay. I left a message with counter person before my departure and emailed with no reply yet.

Thank you for taking the time to provide feedback as we are always looking to provide the best experience for our guests. We will the feedback above as a training tool to better our operations. With COVID we have changed a few things in regards to the breakfast and stay over service. We know everyone, our staff included, is trying to do the best we can.
We know we can provide you with a great experience and we hope you join us again.

Report response as inappropriateThank you. We appreciate your input.
This response is the subjective opinion of the management representative and not of TripAdvisor LLC
Kathleen R
21
Reviewed October 20, 2020
Felt like home!

Cobblestone Hotel and Suites is an amazing property in everyway, The check-in process was smooth and quick. We were given all the information we needed that would be useful for our stay. We headed up to our room and the room was immaculate and beautiful. We had a king suite which was really spacious, While we were settling in, the front desk called to make sure we were pleased with our room and if they could do anything further to make our stay any better. WOW...that was a first.
We then headed down to the Chophouse and sat at the bar, We enjoyed some wine and appetizers, The food was delicious. The highlight was meeting the GM of both the Hotel and Chophouse. Tina Savage does a fantastic job of keeping this beautiful property, well beautiful!! Keep up the great work.......we'll be back.

Thank you! We appreciate the positive feedback and happy to hear you enjoyed your time with us. We look forward to your return.