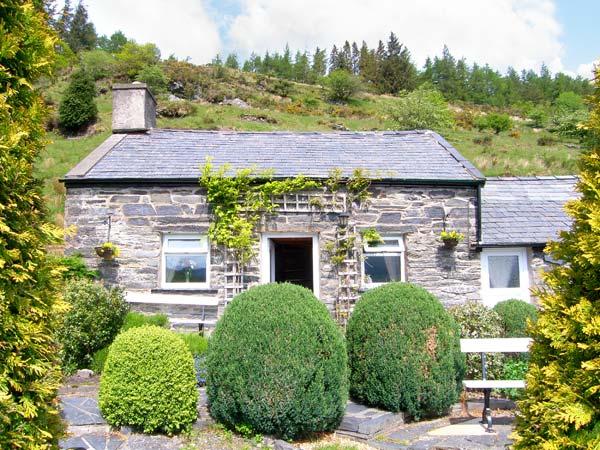 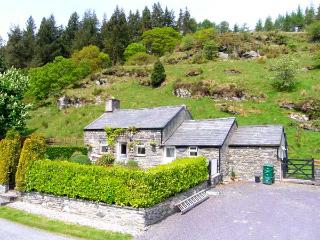 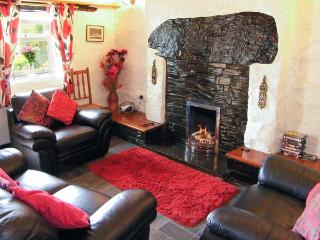 Very good - based on 4 reviews
Write a Review

Having read reviews raving about the cottage we decided to book , however we were quite dissapointed with our choice ...
The cottage was a bit dirty and although i don't mind sharing my holiday with spiders occasionally as this is expected in cottages , there seemed to be webs hanging everywhere and the spiders obviously had taken over , dust was also a feature ,therefore i think it was given a quick once over before we got there.
The bed / snug under the stairs was dreadfully uncomfortable and my mum had to spend the rest of the week on the sofa , she also found ants on the bedsheets of this snug and wasn't prepared to spend the night with them.
The grill in the kitchen was broke and so was the extractor fan so made cooking in such a small area a little smoky/steamy to say the least.
Need to invest in a decent shower curtain or screen as water leaks onto the floor and it then becomes a slippery hazard , as my mum , who is 67 found this out .
The beds are not comfortable at all , i think the mattress is ready for a change !
Even though we definitely did not need a fire it was a good job as we were promised a open wood fire but had an ugly electric one placed in front of it , so it would have been pretty grim if it had have been cold.
The area itself is lovely with stunning views but the garden is not secure and we couldn't let our pooch run freely , there are 4/5 other dogs living at the owners property down the drive and they come freely into the garden , now they aren't unfriendly dogs and i am an animal lover , but my dog is an emotional wreck having been abused and isn't use to dogs giving so much attention so this was awkward .
The cottage just needs a more attention to detail and have a good dust down, i think the owners need help as they have more cottages and maybe in busy periods they need a hand.
Its a pity , as it could be lovely.
If guests are paying the money they expect certain standards , unfortunately we left early as my mum was starting to suffer.
It should say it sleeps four , not five and maybe re do this online.

Date of stay: August 2016
Was this review helpful? Yes
This review is the subjective opinion of a Tripadvisor member and not of TripAdvisor LLC.
Problem with this review? Thank you. We appreciate your input.

10 helpful votes
“Lovely cosy cottage, great location, friendly owners, but definitely not 4 stars and too small for 5 sleeps.”
Reviewed September 24, 2015 for a stay in July 2015
3
people found this review helpful

Beautiful cosy cottage will all conveniences and lovely gardens. The cottage is 3 stars for the quality of accommodation, in my opinion, not 4(furniture, conveniences). It is a very small cottage, lovely for a couple and maybe for 2 kids, but definitely not for 5 adults. The owners are very friendly and helpful. We had a great time. Stunning location.

Date of stay: July 2015
Travelling group: Spouse/Partner
Would you recommend this hotel to a friend?   Yes.
Was this review helpful? Yes
This review is the subjective opinion of a Tripadvisor member and not of TripAdvisor LLC.
Problem with this review? Thank you. We appreciate your input.

Ely
Reviewed October 3, 2013 for a stay in July 2013
3
people found this review helpful
Date of stay: July 2013
Would I recommend this holiday rental to my best friend?
Recommended for:
Was this review helpful? Yes
This review is the subjective opinion of an individual traveller and not of TripAdvisor LLC nor of its partners.
Problem with this review? Thank you. We appreciate your input.
Previous Next
1 2
Updating list...
Do you own a vacation rental? List it here.

Looking for a place to stay in Penmachno?
View all 23 vacation rentals