Motel 6 Flagstaff, AZ - East Lucky Lane
Lowest prices for your stay
Lock in the lowest price from these sites
US$54
Free cancellation until 21-05-24
Reserve now, pay at stay
View deal
TripadvisorUS$54
Hotels.com
FindHotelUS$54
Agoda.comUS$54
PricelineUS$54
Expedia.comUS$54
View all 18 deals
Prices are the average nightly price provided by our partners and may not include all taxes and fees. Taxes and fees that are shown are estimates only. Please see our partners for more details.
Kathy L
Bakersfield, California
71

I Love Hotel 6 because my dogs can sleep in the rooms. I prefer bottom floors with no carpet. This was an updated Motel. I would Stay again. Thank you for Asking. Have I typed 200 words yet. Oh no okey dokey here ya go. More

Thank you for taking time to share your review with us. We love hearing from our guests and are happy to hear you enjoyed your stay. We hope to see you again soon.

Report response as inappropriateThank you. We appreciate your input.
This response is the subjective opinion of the management representative and not of TripAdvisor LLC
See all 105 reviews
Nearby Hotels 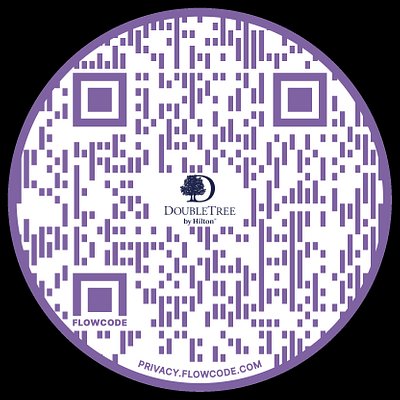 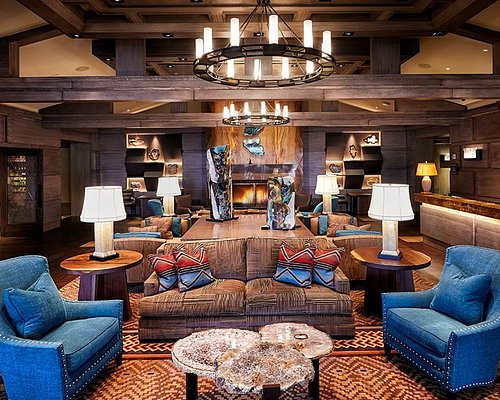 Recently we checked into this Motel 6 in Flagstaff. It is a large facility, and I believe, more than a few years old. As touring musicians, it is costly to stay in motels but for safety reasons, and because we are away from home so long, a clean, comfortable motel is important when having to acquire accomodations. Normally, we would stay in a Choice Hotel, but this room was provided by the venue where we were booked. While this motel is clean, that is about all I can say that is positive.

The walls were bare, not one picture, there was one night stand, therefore 1 bedside light. One outlet beside the bed, however it was occupied by the light and the second outlet was loose so cellphone plug kept falling out. To plug our laptops or cell phones into near the bed required bringing in one of our extension cords and running it from the plug beside the television, across the floor. There was another outlet by the window but it was occupied with the very large plug for heater/airconditioner and did not allow the second plug to be used. Could not use the desk with the chair because it would have blocked anyone else from watching television, which I guess was a blessing because I was able to use the chair as a nightstand. Are you wondering if there is highspeed internet? It is advertised, yes, it is available at a cost of $4.99. You can access free internet but it is so slow, that I am not sure how they could call it "highspeed". No coffee maker, no blowdryer, no shampoo, no cream rinse, no microwave and no fridge. Oh yes, no iron or ironing board, no alarm clock and no telephone.

There is no closet to hang clothes in, yes there is a rack, conveniently placed above and to the right of the toilet (if you filled the rack, clothing would hang over the toilet. I will leave what would happen in a smelly situation up to your imagination.) If something fell off the hanger, well, that would be another unhealthy situation.

Because we requested a ground floor, the only room they could give us was a hearing impaired room. This meant that there was a buzzer outside the door that would flash a light, should someone come to the door, that was the only thing that would differentiate it from any other room. However, that light didn't work (I tried it).

When the bathroom door was open it covered a good portion of the television! The room reminded me of being in detention somewhere, bare bones, a bed, one night stand, one lamp, tv on desk (no dresser).

The counter in the bathroom would not hold my toiletry case, nor my husbands, well that's not true, it did hold them but that was all the space taken up. You will note in the pictures the difference in the tiles in front of the tub.

Bottom line, if all you want is a bed and don't care about comfort and ambience. It's clean!

$69 for this room was way too much, however, I guess I should be thankful they didn't charge what was listed on the back of the bathroom door $199.!

Dear Guest, Thank you for taking the time to share your review. We strive to provide a comfortable night's rest and are disappointed your stay was unsatisfactory due to the comfort issues you describe. We encourage you to contact our Guest Relations department at 1-855-787-9864 to record the details of your visit to help us provide a better guest experience in the future.

Report response as inappropriateThank you. We appreciate your input.
This response is the subjective opinion of the management representative and not of TripAdvisor LLC
Gal Z
5062
Reviewed November 3, 2018
Average room

There is another motel 6 very near so I accidently try the other one first, so pay attention for the address and how to get there. Although the motel is near the main road and rail ways which make lots of noise the room is quite quiet. There is an elevator at the motel but some of the floors are not at the same level (something like half a floor) and going up with your belongings is annoying. As I mentioned the motel is located near the main road which make it very ease to get back to the road after good night sleep.

This review is the subjective opinion of a TripAdvisor member and not of TripAdvisor LLC
lovelife2015
Windermere, Florida
6762
Reviewed October 17, 2018 via mobile
Basic hotel room ...

Definitely a BASIC hotel room ... no microwave, no fridge, and not even carpeting. Woods flies are not fun after a shower. Small bed, small tv heated to see from the bed. There is a chair, one small wooden chair that isn't too comfy after watching a tv show. No coffee machine in room ... if you want coffee, depending on where you're room is, it may be a long walk to the lobby for a cup. So if you just want a place to stay with no amenities, here ya go.

This review is the subjective opinion of a TripAdvisor member and not of TripAdvisor LLC
bswartzell
Monterey, IN
159
Reviewed August 21, 2018
Keep Driving

Worst place to stay if you want to be well rested in the morning. Bed was old and you could feel the springs in it. Very basic minimum as far as comforts go. we had one towel to share between my husband and myself. bed pillows were skeletons of what a pillows should be like.There was a musty stink that never went away and the puddle in the door way of our room was possibly the reason... Really hated giving up the only towel to dry it up...it of course didn't do the job..,good luck getting a fresh one.All they offer is coffee in the morning.No big deal there for me. Staff was ok but not sympathetic when I told them what a terrible room we had and a towel shortage ect... no offer to make anything right. I wont stay there again or any motel ^ without first previewing my room first. If you can go someplace els and spend a few bucks more you won't be sorry, trust me.

Dear Guest, Thank you for taking the time to post your review. We strive to provide a clean, comfortable room and are disappointed your stay was unsatisfactory due to the odor concern and bed comfort issues you describe. Please accept our apologies for the inconveniences you describe. We invite you to contact our Guest Relations department at 1-855-787-9864 to record the details of your visit to help us provide a better guest experience in the future.

Report response as inappropriateThank you. We appreciate your input.
This response is the subjective opinion of the management representative and not of TripAdvisor LLC
martinov10
Green Bay, Wisconsin
6722
Reviewed August 19, 2018 via mobile
Costumer service not best

The place is just average. The whole think was that we were going to be at the place at 3 am in the morning.And the price was the same if you booked in 11 in the morning or at 3 am at night . I really think that the price should be different for just 6-7 hours stay. I might be wrong but this is not seems wright for me . I was trying to book trough Hotels.com but he said it will take 30 minutes and after we book with them . So I lost my one night stay because I can’t wait more and the gay on the reception did not like to help me with that. So I paid 62 dollars for 6 hours stay ... next time I will just stay in my car .it will be much cheaper .

Dear Martin, Thank you for taking the time to share your review. We strive to deliver a great guest experience, but it sounds as though we did not perform to our usual standards in this case. We apologize for any inconvenience or misunderstanding that may have occurred during your recent stay with regard to your reservations issues. Our staff aims to provide the highest level of hospitality to our guests through our customer service, but with your experience we have fallen short and would like to apologize for the service issues you experienced. Please know that the conditions you describe are atypical to Motel 6 standards for quality and we apologize for the inconveniences you describe. We encourage you to contact our Guest Relations Department at 1-855-787-9864 to record the details of your visit to help us provide a better guest experience in the future.

Report response as inappropriateThank you. We appreciate your input.
This response is the subjective opinion of the management representative and not of TripAdvisor LLC
View more reviews
PreviousNext
123…18