Thank you! - Review of Hotel Ochsen

Orbitz.com
Booking.com
eDreams
View all 13 deals
Prices are the average nightly price provided by our partners and may not include all taxes and fees. Taxes and fees that are shown are estimates only. Please see our partners for more details.
JanZimon
Alsfeld, Germany
11

Every time again :) It is at a town center. Only 25min walking from Sonnenhof Therme. Very good restaurant. Dishes are Deliciouse. You have to take Staeks!!!! It is a must.
Very friendly and helpful staf. In Dec. 2015 i spent there one of my best holidays ever.

See all 31 reviews
Nearby Hotels 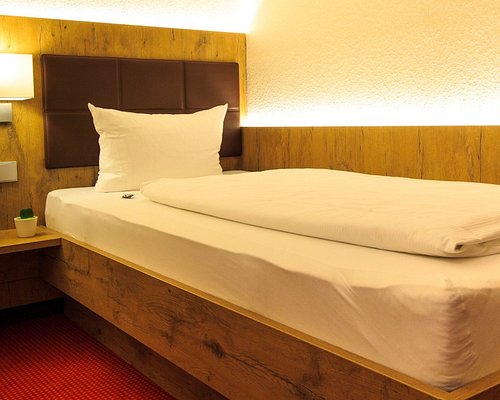 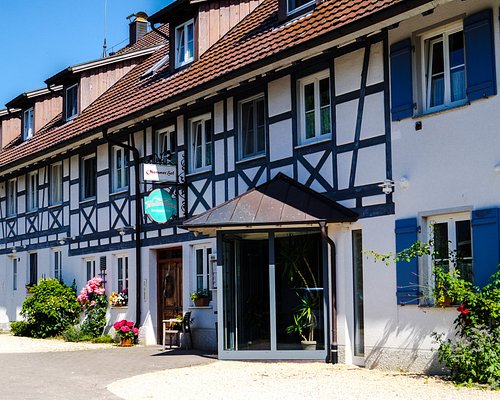 Clean room, clean beds, okay breakfast, good location, an acceptable place to stay. Parking right outside the back door. Would want to stay in a "warmer" (gemütlicher) or more impressionable place next time in Bad Saulgau. Did not have the chance to eat at the restaurant although it seemed to be pretty popular.

This review is the subjective opinion of a TripAdvisor member and not of TripAdvisor LLC
twocruzin
New Mexico
3939
Reviewed June 16, 2012
Nice Hotel, but Extremely Noisy

This is a nice hotel and restaurant, but all this is overshadowed by the extreme night time noise coming from their bar/nightclub in the basement and nearby bars and revelors. As there is no air conditioning in this hotel you must keep the windows open for ventilation at this time of the year (June). We stayed here for four nights and each night we were awakened around 0100 as the noise from these bars or drunks on the street below woke us up and kept us awake until about 0400. There was no way to escape it. As for the room itself, it was very nice and nicely furnished. It had a huge bathroom. It is our understanding that this hotel was recently refurbished, so everything in the rooms is modern and up to date. Breakfast is included and was very good. Eggs are cooked to order and there is plenty of the traditional German breakfast items. The staff at the hotel are very friendly. Parking can be a little bit of an issue at times as this hotel is located in the central shopping district, so shoppers like to park in the hotel lot taking up valuable space. As this is also a steakhouse restaurant, I don't think the management wants to say anything about the local shoppers parking there as they don't want to anger potential restaurant customers. I think mainly due to the noise issue, we would not return to this hotel again - at least not in the summer. Too bad, because it's actually a nice, reasonably priced hotel.

Room tip: If you want a quiet room, I think you would have to go to a different hotel.
Ask twocruzin about Hotel Ochsen
2  Thank twocruzin