Osteria a Stalla Sischese
Lowest prices for your stay
Lock in the lowest price from these sites
US$101
Reserve now, pay at stay
View deal
Hotels.comUS$101
Expedia.comUS$101
eDreamsUS$101
CheapTicketsUS$101
TravelocityUS$101
Orbitz.comUS$101
View all 12 deals
Prices are the average nightly price provided by our partners and may not include all taxes and fees. Taxes and fees that are shown are estimates only. Please see our partners for more details.
kcanadia
Canada
2

The breakfast buffet was beautiful. It includes quiche, savoury options, Corsican honey and cheese, and amazing home-made cakes. They have chefs on staff therefore the food is really delicious (the seafood is outstanding). The spa was lovely, and the pool was lovely. Because it's a small hotel I never felt "lost" in a crowd. It's a quiet location away from the highway, but only a 7 minute walk to the sea. "Stalla" is a true Mediterranean hotel: simple, straight forward, unpretentious. But what simple options they do have are very high quality. The people who work there are helpful and do what they can to accommodate needs.

See all 165 reviews
Nearby Hotels 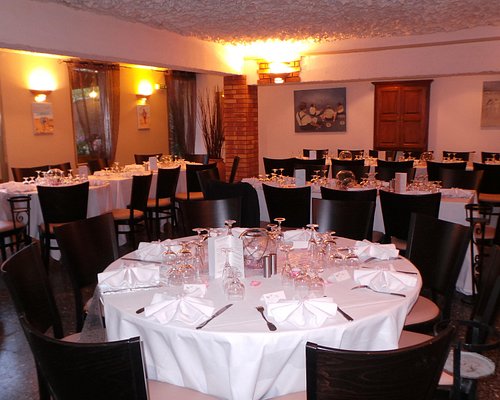 U Pozzu
US$89
Booking.com
View deal
Priceline
US$89
eDreams
US$89
Tripadvisor
US$89
View all 12 deals from US$89
72 reviews
0.4 km from Osteria a Stalla Sischese
We compared the lowest prices from 12 websites 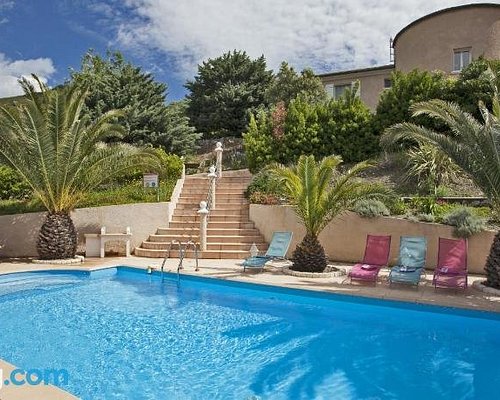 We planned our first stop (2 nights) here based on some reviews and the Michelin guidebook recommendation. Located about 5-6 km north of Erbalunga, the hotel was a good base as we planned and did the hike to Monte Stello. It was still off-season, and they commenced check-in late, at 6 pm. We got a text message informing that they exceptionally open the reception at 05.30 pm that day. Nobody was on site and the note on the door said 6 pm, so we just did some extra sightseeing and came back. Not a big problem for us personally, in high season it's earlier. A very friendly reception, got room number 5, parking was possible in front of the door. Clean room, recently renovated, small balcony. AC was still needed for heating in mid April as the nights were cool and the tile floor cold. Bed comfort was average, bathroom OK although the ventilation there was inadequate. The pool area looked very tempting but it was a bit early for a dip. Their restaurant is good serving no nonsense traditional Corsican cuisine, big portions too -even too much for us! Many locals seemed to dine there, usually a good sign.
The breakfast buffet was pretty good too, even some fresh fruit was served.
The hotel is situated a few 100 m from the D80 road, a very tranquil location. There's very little to explore nearby, you certainly need a car. All in all, we can recommend the hotel when touring Cap Corse, Remember to check the opening hours of the reception prior to arrival,

This review is the subjective opinion of a TripAdvisor member and not of TripAdvisor LLC
petedianne
Mississauga, Canada
10155
Reviewed May 29, 2014
Quiet Setting

As a large group this property was able to accommodate us but there were some negatives with our room. We were located in the newest addition and the room still smelled of paint...they had not installed towel racks and there was little space for our toiletries and no racks for our bags.... no fridge or hair dryer as promised. Many of the rooms are located on the second level and it was difficult for some of our group to get their luggage to the rooms. We did have a nice balcony overlooking the pool area. Wifi access was limited. Breakfast was very nice, great pastries and baguettes, nice cheese and meat selection. Dinner offered some local dishes and portions were large.
It was an easy drive to Bastia and touring Cap Corse was incredible.

Room tip: Ask for a room on the main level to avoid carrying bags up the stairs.
Ask petedianne about Osteria a Stalla Sischese
Thank petedianne

This review is the subjective opinion of a TripAdvisor member and not of TripAdvisor LLC
Trisha K
Bromborough, United Kingdom
177151
Reviewed June 15, 2013
Many aspects good for the price, but some negatives too

Average (in the sense of indifferent or mediocre) is not really the best description, as our experience here was actually strangely uneven, with many plus points, but some negatives too.

It's a stylish three-star property a little inland from the busy D80 coastal road. No sea views, but on the other hand well away from the traffic. A good base for touring Cap Corse by car. Too bad the weather during our stay was characterised by very high winds and some rain, so we did not get to use the pool or sit out on the adjoining dining terrace. We did however sit happily on the nicely-furnished private terrace outside our room, which proved to be very well sheltered.

The rooms are arranged motel-style on two floors (outside steps to the upper floor) which means you can park right by your own door, though if it's wet and windy you have to brave the elements to walk to the restaurant. The room was very nicely furnished and I have mentioned the sheltered terrace. The view from our terrace was probably the best though, as others will just look out at the nearby wall of another part of the hotel (currently unfinished) or at a hedge, and construction works of another property just on the other side of it. So not quite the garden/ garden views you might expect.

There was a working, empty fridge in the room and if only it had been stocked as a mini-bar we would certainly have made use of it. We also did not use the mini-safe which was already locked when we arrived, though if we had been bothered no doubt we could have asked for it to be opened.

The real negative was the bathroom; while the (separate) toilet smelled perfectly fresh, the bathroom on the other side of the room, though perfectly clean, had a nasty smell of stagnant water suggesting something wrong with the plumbing; no amount of leaving the window open or running hot water would clear it.and it seeped back into the bedroom every time we opened the door. This is mentioned by only a very few other reviewers so I would be happy to accept this was only our room, or a temporary problem, but avoid room 7 if you can. However, the design of the bathroom was also not the best, with a tiny child-size bath only just usable by an adult, fitted with a very basic shower.

Free wi-fi limited to one hour was a nuisance; we successfully circumvented charges for extra time by setting up a new account each time, but were annoyed at having to do this.

Our experience of the (a la carte) restaurant was also mixed. On the plus side, crisp linen napkins and really excellent service from English- and Italian-speaking staff, also very good value for money. There was a fairly wide choice; portions were large, even a little daunting. The 4 - 5 course Corsican menu at only 24.50 Euros (May 2013) would defeat the hugest appetite, consisting of a choice of good hearty soups and other starters, then a plate of warm beignets filled with soft cheese (really good), then a big portion of veal ragout and raviolis au Brocciu (we were flagging at this point, maybe should have opted for the fish), and a choice of desserts or cheese. On another day we enjoyed the tartare de boeuf from the specials board. But not everything was fully under control in the kitchen because French fries (of all things) were always served overcooked and soggy.