Booking.com
Priceline
StayForLong
Prices are the average nightly price provided by our partners and may not include all taxes and fees. Taxes and fees that are shown are estimates only. Please see our partners for more details.
madhavi12345
Ahangama, Sri Lanka
1

Everything was fantastic. The hosts gave us a really good welcome. And the rooms we were checkin was really big and spacious rather than the other places in this area. The bathroom is very modern and it’s add a luxurious look to the room. The food is very tasty and the pool and garden is well maintained and eye catching. I really recommends this place. Really good stay for a very reasonable price. For sure i will visit this place again. Thanks to them for making our vacation a wonderful one.

Trip type: Travelled with friends
See all 21 reviews
Nearby Hotels 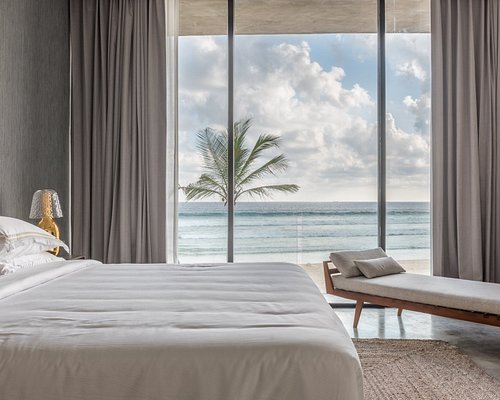 Hotels.com
View deal
Travelocity
eDreams
US$150
Expedia.com
US$229
View all 13 deals from US$150
157 reviews
0.8 km from Kabalana Villa
We compared the lowest prices from 13 websites 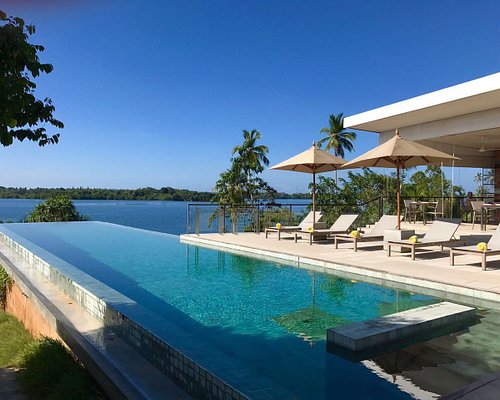 Hotels.com
View deal
Travelocity
Agoda.com
US$44
Expedia.com
US$61
View all 13 deals from US$44
144 reviews
1.3 km from Kabalana Villa

I really tried to find a solution with the manager of Kabalana Villa , stayed calm and hoped till the last day that the money would appear after having proved to them and with them , that 20 minutes of video got lost .

In the end I had to pay my stay with credit card , being treated by the manager as if I was lying about the stolen money and allowing himself to be quite verbally aggressive towards his client ( me ) .

Please don't stay at this hotel . It's an organised trap.

It is actually a pity because the hotel itself, the room and food were good .

This review is the subjective opinion of a Tripadvisor member and not of TripAdvisor LLC.
Neese45
Great Missenden, United Kingdom
4617
Reviewed April 29, 2019
Friendly, helpful staff......

nothing is too much trouble. Clean and spacious rooms. Lovely pool. A few eateries within walking distance but off the main road so a tuk tuk is needed for most excursions. Plenty of lovely food catered for at breakfast. Highly recommend and would definitely stay again :-)

This review is the subjective opinion of a Tripadvisor member and not of TripAdvisor LLC.
Jenatthebeach2015
Hobart, Australia
4
Reviewed April 10, 2019 via mobile
Very friendly/ spacious apartment.

A well run hotel, with good food ...a short walk to Kabalana surf break..Very helpful friendly staff...I stayed here for 2 nights with my 4 sons., Who surfed all morning and then spent hours of fun in the pool..

This review is the subjective opinion of a Tripadvisor member and not of TripAdvisor LLC.
Yulialobanova
3
Reviewed January 13, 2019 via mobile
STOLEN MONEY by hotel stuff

Stayed for a week. Everything was fine, but day before we had to leave, after cleaning, stuff stole money from our room. They know there wasn't time to go to police and make a report.
200$ and 20€ taken right from the wallet.
Manager doing nothing about that and just playing "poor man".

P.s. after we checked out, they cancelled our stay so we couldn't leave a review.

This review is the subjective opinion of a Tripadvisor member and not of TripAdvisor LLC.
Olga B
Moscow, Russia
146
Reviewed January 9, 2019 via mobile
Perfect stay

Nice comfortable hotel off the main road, far from all the city noises, yet very convenient to come by car (no unpassable jungle roads or narrow lanes). Close to Kabalana beach - one of the best surf spots in the area (around 10 min walk).

Nice clean pool (they clean it every 2-3 days). Big rooms and bathrooms (we had room 201 on the second floor facing the pool), great shower (the power and hot water).

The only drawback - no fruit for breakfast, it was mainly bread (toasts, cookies and other local things).

We stayed there 10 days, would have extended our holiday there but they had no free rooms so we had to move.

Trip type: Travelled as a couple
Ask Olga B about Kabalana Villa
Thank Olga B

This review is the subjective opinion of a Tripadvisor member and not of TripAdvisor LLC.
View more reviews
PreviousNext
12…
<script type='text/javascript' crossorigin='anonymous' async onerror='__scrip