Llwyn Country House
Llwyn Country House
Lowest prices for your stay
Lock in the lowest price from these sites
US$122
Free cancellation until 21-10-28
View deal
Expedia.comUS$122
Hotels.comUS$122
eDreamsUS$122
PricelineUS$122
TripadvisorUS$122
FindHotel
View all 16 deals
Prices are the average nightly price provided by our partners and may not include all taxes and fees. Taxes and fees that are shown are estimates only. Please see our partners for more details.
Lynn S
1

A home from home relaxing atay

We had a great week with Steve and his team. He is such a great host and lots of fun. Made us feel very welcome and looked after us very well. The hotel is lovely and a great location for nearby attractions in the gower. Would thoroughly recommend a stay here if you want a home from home, relaxed stay.

Trip type: Travelled as a couple
See all 511 reviews
Nearby Hotels 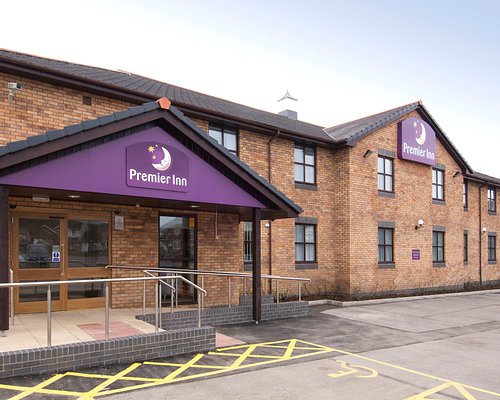 Taking safety measures
We compared the lowest prices from 6 websites 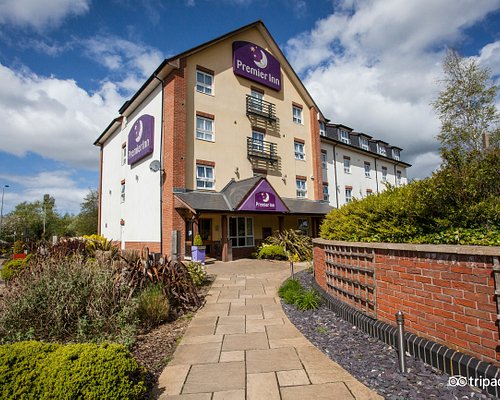 Hotels.com
View deal
Priceline
FindHotel
US$41
Destinia.com
US$50
View all 11 deals from US$41
337 reviews
13.6 km from Llwyn Country House
We compared the lowest prices from 11 websites
Breakfast included
Stradey Park Hotel and Spa

Expedia.com
View deal
Hotels.com
eDreams
US$58
Agoda.com
US$61
View all 15 deals from US$58
169 reviews
1.0 km from Llwyn Country House
We compared the lowest prices from 15 websites
Top Rated
Beudy Bach Bed and Breakfast

A disappointing afternoon tea considering the price, charged at almost £19 per person, we were expecting something special, or at least the equivalent high quality of afternoon teas served in other hotels in the locality.
There was no finesse to the presentation. Although the addition of some garnishes, I believe were meant to impress and enhance what was otherwise a very mediocre offering.
The type of bread used for sandwiches was mass-produced and doughy. The fillings were “unusual” and sparse. There had been an attempt to create bread “shells” filled with a few small shrimps, but unfortunately the shells had not been toasted in an oven to maintain their shape, and so collapsed once they were picked from the plate. The other savouries seemed to be “shop bought” and cut into smaller individual portions. The sweet selection again was not very appealing, and were unconvincing if they were meant to be “home made/baked” on-site. The 6 scones served to our group came with miniature jars of jams, however only 2 tubs of clotted cream were provided, which we assume had to be rationed between any of the 6 scones we ate.
Tea arrived in a large tea pot, although we weren’t offered any top up, or freshly boiled water to refresh the tea at any point. One of our group had coffee, which was served in a cafetière, and although very strong, this was acceptable to the person drinking it.

The serving staff was the only positive of rour experience. They were pleasant and friendly.

Not somewhere I would recommend for an afternoon tea. As the title of my review stated, this is unremarkable and very overpriced for what we’d received. The afternoon tea served at another local hotel is far superior and better value overall.

It’s a shame, as this venue is very attractive and could become far more successful with a little more thought and refinement in every respect, to warrant the cost of th3 afternoon tea.

This review is the subjective opinion of a Tripadvisor member and not of TripAdvisor LLC.
RyanAndEmmaWaight
Milton Keynes, United Kingdom
1
Reviewed July 1, 2021 via mobile
Above & Beyond

Great hosts, great room and excellent food. We used the hotel as a base to explore Gower
Had a fantastic trip, highly recommend
Very relaxed atmosphere, nothing was too much trouble, nice grounds to explore with a recently renovated pond.

This review is the subjective opinion of a Tripadvisor member and not of TripAdvisor LLC.
mjones855941
Blaina, United Kingdom
1
Reviewed June 2, 2021
Outstanding

Review collected in partnership with this hotel
This business uses tools provided by Tripadvisor (or one of its official Review Collection Partners) to encourage and collect guest reviews, including this one.
Ask mjones855941 about Llwyn Country House
Thank mjones855941

This review is the subjective opinion of a Tripadvisor member and not of TripAdvisor LLC.
cdoyle444745
Llanelli, United Kingdom
1
Reviewed May 5, 2021
Guest rescue from our accommodation closure. Vludk not reccomend anywhere else after what you guys done. Thank you

My guest /client absolutley loved his Last minute stay at your lovely place with his little boy.

He had been staying weekends at our accommodation that unfortunatly closed down very quickly due to a not so nice decision from property owner.

He had a very nice stay and says the staff are so nice. I met with guest and staff for check and we felt very welcome.

We look forward to send all other guests to you to achieve the same stay as they had at ours.

Also looking forward to curry and pint night this thursday. What a beautiful place

Trip type: Travelled on business
Review collected in partnership with this hotel
This business uses tools provided by Tripadvisor (or one of its official Review Collection Partners) to encourage and collect guest reviews, including this one.
Ask cdoyle444745 about Llwyn Country House
Thank cdoyle444745

This review is the subjective opinion of a Tripadvisor member and not of TripAdvisor LLC.
NotHomeAgain88
1
Reviewed April 7, 2021
Comfy & Quiet

Very relaxed - no physical contact with owner or staff, but phone contact was really helpful and friendly. Comfy bed, good shower and lovely location. I managed to sit out one evening with a glass of wine surrounded by beautiful spring daffodils - very nice after a days work.

Trip type: Travelled on business
Review collected in partnership with this hotel
This business uses tools provided by Tripadvisor (or one of its official Review Collection Partners) to encourage and collect guest reviews, including this one.
Ask NotHomeAgain88 about Llwyn Country House
Thank NotHomeAgain88

This review is the subjective opinion of a Tripadvisor member and not of TripAdvisor LLC.
View more reviews
PreviousNext
12…