US$44
Free cancellation until 21-05-14
Reserve now, pay at stay
View deal
TripadvisorUS$44
Orbitz.com
Hotels.comUS$44
FindHotelUS$44
TravelocityUS$44
CheapTickets
View all 12 deals
Prices are the average nightly price provided by our partners and may not include all taxes and fees. Taxes and fees that are shown are estimates only. Please see our partners for more details.
Journeyingthrueurope
4340

Stayed here for a few nights for a concert in the area. Was pleasantly surprised by the quality of the room. The room was clean and spacious and had everything we needed. While the breakfast was small, it was a nice touch. Would definitely stay here again.

See all 61 reviews
Nearby Hotels 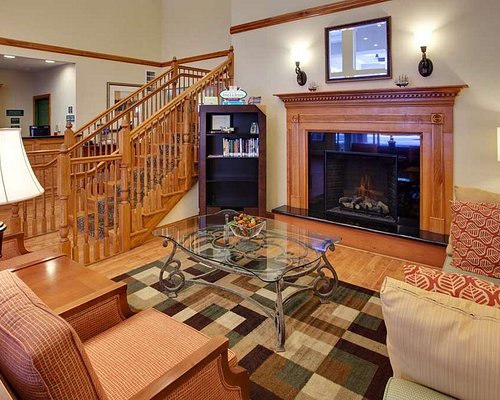 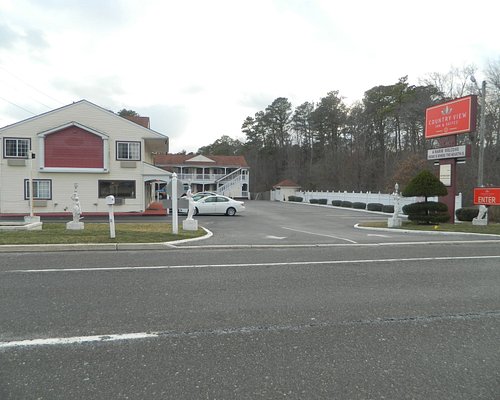 So, we got there couple of hours later than expected due to traffic.

Cold day, snow and ice all around. Motel was rated "7.4", surprisingly.

Checked in, gone in to the room and it was like walking in to a freezer!

Outside temperature that night was 30 degrees, room was just as cold. Old outdated heater in the room, couldn't feel any heat coming out even when set to maximum temperature on controller of 86 degrees.

There was no way we could sleep in ice cold bed with ice cold covers and pillows.

We had to go out for several hours to Atlantic city Casino while room thawed out.

Returned 2.5 hours later, room was warm enough and bed warmer than when we first arrived.

Room's entrance security slide was gone when we arrived, no attempt was made to repair, obviously. Felt bit uneasy in strange city with no extra security we are used to. NEVER been to ANY hotel/motel the was this bad.

Some thing was also missing in the bathroom, we don't know what's supposed to be there either.

On check put, an older foreign man came out, I asked for receipt and got a swift "NO" from the man. I asked twice more and got same response. Looked as though he didn't understand a work I said.

Will not go there again.

This review is the subjective opinion of a TripAdvisor member and not of TripAdvisor LLC
Jeff Y
12
Reviewed August 19, 2018 via mobile
1

The room was large and clean, the bed was comfortable, the bathroom was large, room was modern, I expected it to be outdated and dirty for the price but I was pleasantly surprised to find a clean modern room.

This review is the subjective opinion of a TripAdvisor member and not of TripAdvisor LLC
trisssh22
Lake Tahoe (California), California
22
Reviewed August 15, 2018
Nice Place a little hard to find

Needed a place to sleep for a family reunion in Brigantine. I rented two rooms as there were 4 of us. Room was clean and beds were comfortable. There wasn't much of a breakfast available and area was small door was locked, Great location though to hit up Dunkin Donuts and other places to eat and very close to to our family reunion. Would stay again.

This review is the subjective opinion of a TripAdvisor member and not of TripAdvisor LLC
Jeffreysmile
Savannah, Georgia
21
Reviewed June 29, 2018 via mobile
Nice inexpensive place to stay

I stayed here one night because I needed a place close to the airport for my early morning flight. It was clean and looked recently upgraded other than the non working jacuzzi with tape over it (was told I didn't pay for a jacuzzi room anyway) which I guess makes sense. Overall, it did it's job.

This review is the subjective opinion of a TripAdvisor member and not of TripAdvisor LLC
shankarnarayanv2015
Mumbai, India
2810
Reviewed June 24, 2018 via mobile
Ideal for family

I visited Atlantic City this weekend and stayed at Crystal Inn. Very ideal place and safe for families. Nearness to places of interest is a bonus. No extra charges for parking, etc is also welcome. Sunil and Bina, the proprietors take care of every detail of visitors. Breakfast is a little frugal but just enough before moving out in the morning. Try visiting on weekdays for know ed down tariffs. A must stay in case of a visit.
V Shankarnarayan