Orbitz.com
CheapTickets
Lol.travel
Prices are the average nightly price provided by our partners and may not include all taxes and fees. Taxes and fees that are shown are estimates only. Please see our partners for more details.
daniel E
54

Review of Hotel Torremolinos
Reviewed May 13, 2017 via mobile

Whatever you do, do NOT stay at the AMARAGUA in Torremolinos!. The airconditions do not work, the rooms are miniscule and the food is inedible. You can only drink a beverage that they sell at exhorbatant prices.

Trip type: Travelled as a couple
See all 24 reviews
Nearby Hotels 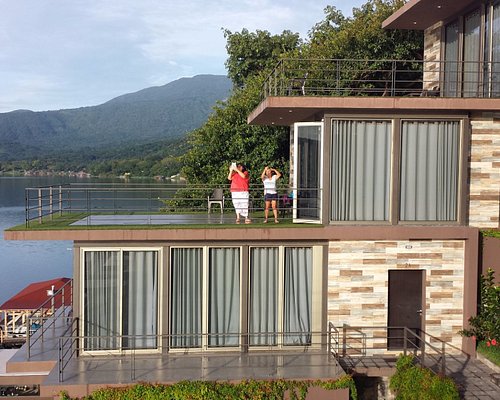 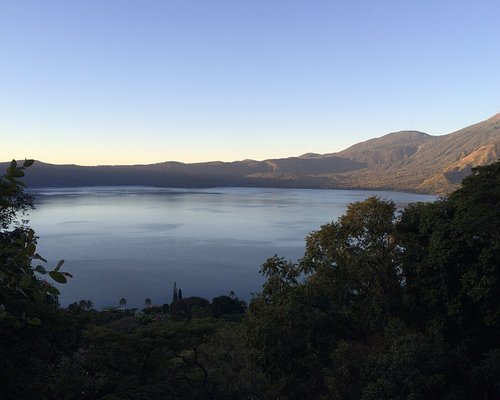 We went to the lake and wanted a safe place to just spend a nice afternoon, we liked the private parking lot on this hotel, as we were driving a rental mitsubishi l200 that was pretty flash. bottom line, when we went for a boat ride the grounds keeper broke into the truck by putting a flat screwdriver on the key hole, stole out GPS and some Ray Bans, when we asked him what happened, he said he didn't know he was out mowing the grass, but he had a smirk on his face, and another of his friends pretty serious standing by him. we felt threatened so we took our loses & left.

This review is the subjective opinion of a TripAdvisor member and not of TripAdvisor LLC
kattekop74
Poppenwier, The Netherlands
63
Reviewed November 24, 2015 via mobile
Skip this place

We wanted to go to Lago de Coatepeque and looked for a hotel. We found hotel Torremolinos. It is located just next to the lake with access to the lake so we decided to stay. Unfortunately, we booked for two nights. We found out that the view was the only good thing about the hotel.

The rooms are not very clean, the electric shower started smoking after some minutes and breakfast was ininspired. But the most anoying was the lack of service and hospitality. At first we were the only guests, but the personnel seemed more anoyed than happy we were there. We didn't trust the food so we went to the restaurant left of the hotel. The food there was actually good and cheap. Especially the grilled fresh fish is great. But for the hotel, safe yourself $35 and go somewhere else.

This review is the subjective opinion of a TripAdvisor member and not of TripAdvisor LLC
Tina H
Uppsala, Sweden
2614
Reviewed August 5, 2013
Very bad, no charme, not worth the money at all

Room old, not charming, dirty. Bed unbelievably uncomfortable. Staff was not welcoming and did not even get our kind question to remove spider webs from our room. Never ever swim in the pool - more than dirty! Worst hotel we had on our journey through centralamerica. We fled after one night.

This review is the subjective opinion of a TripAdvisor member and not of TripAdvisor LLC
David E
Los Angeles, California
1
Reviewed November 11, 2012
It was fine

It really wasn't anything special, but we felt safe there since they lock up the place from the road. Rooms weren't that great, but they had TV's in there. The place was pretty empty when we were there. Not a lot of other food options nearby. It did the job, and I think the amount of places to stay on the lake are somewhat limited since a lot of them seem to be private residences. The road to get there is terrible. Not a bad place to stay if you keep your expectations low.

This review is the subjective opinion of a TripAdvisor member and not of TripAdvisor LLC
LS13
Leeds, United Kingdom
356354
Reviewed February 25, 2012
Don't Bother!!

I tried to contact Hotel Torremolinos by email to make a reservation around 5 times and never got a reply. Not a good sign in my opinion and so it proved.

We arrived at the hotel around mid day. There was a general air of neglect about the place, and loud music booming from a speaker system in the dining room. I went to investigate and found 2 people sat seemingly stunned into immobility by the noise. I had a look around and had more or less decided not to stay before I was shown the room by a person (honestly not sure what sex they were- dressed as a woman but had a beard) who emerged from a kitchen.
The room was best described as plain and functional but somewhat dingy with an ancient A/C unit that I didn’t bother testing. They wanted $35 for the room which was over priced for what it was.

We also looked at a room in establishment next door, didn't get the name- this was slightly better but had broken window slats, was quite run down and again wasn’t worth the $40 they were asking. The only other guest house appeared closed so we decided to miss staying at the lake and headed for the coast.

If you’re visting the lake my advice would be to stay at Villa Napoli in Santa Ana and visit on a day trip (its about 15km away). If you're an El Salvadorean businessman- why not buy one of the lakeside hotels and make it acceptable to tourists? Its a lovely location and a shame that none of the accommodation options are really worth considering.