Avoid at all costs - Review of La Posada del Colca

US$40
Free cancellation until 21-04-25
Reserve now, pay at stay
View deal
Booking.comUS$40
Agoda.comUS$40
TripadvisorUS$40
Prices are the average nightly price provided by our partners and may not include all taxes and fees. Taxes and fees that are shown are estimates only. Please see our partners for more details.
Barracuda1
Kamloops, Canada
1139

Avoid at all costs

Manager closed the Internet after 1 hour after check in. He said the entire town had no internet but when I went to town there was Internet. In the morning there was no breakfast or Internet. I didn't like that he lied about the Internet and he was a bit of a jerk. 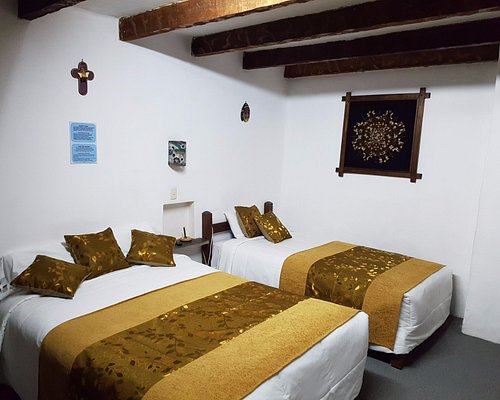 Hotels.com
View deal
Reserve now, pay at stay
Tripadvisor
US$97
Expedia.com
Travelocity
US$97
View all 9 deals from US$97
496 reviews
0.3 km from La Posada del Colca
We compared the lowest prices from 9 websites 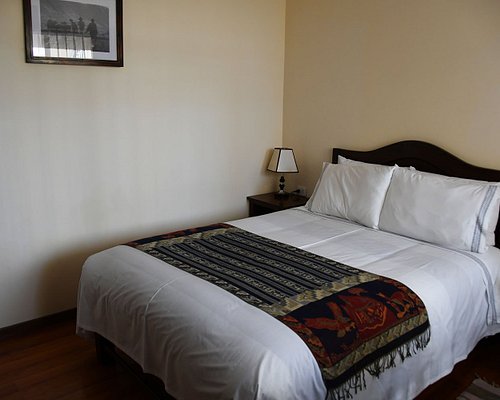 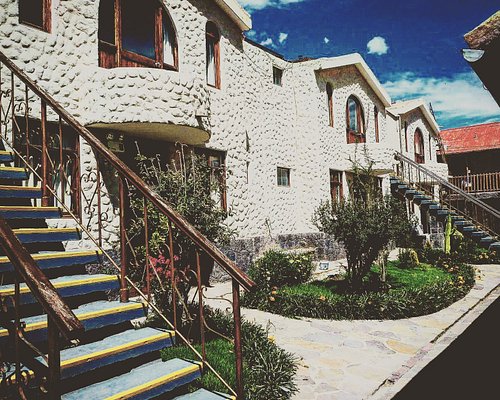 The hotel was kind enough to let us in at 3:45 AM without a reservation. The room was extremely quiet (away from the street), clean, with a comfortable bed and warm blankets. The breakfast was the usual fare for hotels in the region and tasty.

This review is the subjective opinion of a TripAdvisor member and not of TripAdvisor LLC
saritrace
Amsterdam, The Netherlands
231188
Reviewed June 14, 2014
A very poor stay.

If you are staying here as part of a tour group, or for one night only, it's probably fine. The rooms are clean, comfortable and warm. There are plenty of blankets on the bed, and a little heater is provided. There is a TV - but hardly any English channels. WiFi is available in the reception, and works well there. Breakfast is inconsistent, but OK. Eggs are always given, sometimes yogurt, sometimes cheese. It's possible to have breakfast a little early - officially it's from 06.00 - 09.00. Tour groups seemed to have no problem eating before 06.00. The staff are friendly and do their best.
The main problem with the Posada del Colca is that it's impossible to sleep after 04.30. This is OK if you're getting up early to go to the Cruz del Condor. We had a room facing on to what is supposedly a pedestrian street, but cars, pick-up trucks and vans would line up outside the front door waiting to collect guests. The noise was awful - radios blaring, voices, doors slamming, and engines revving.
On the first morning - when we got up at 05.00, the shower was hot. The following two mornings it was not. The second day it was tepid, the third, cold. To be fair, the staff did boil water for us and carry it up to our room, but the hotel simply does not have the capacity to serve the number of mainly large groups that it caters for.
One day of our stay the room was not serviced. When I asked why I was told they thought we were checking out - even though it was way past check out time, and we'd paid for our whole stay on arrival, and told reception staff twice, that we were staying for three nights.
The manager apologised profusely when I mentioned all these problems, but did not offer any recompense - just said that he hoped we would stay again if we were in the area. Sadly, I can only say that the Posada del Colca is not good value for money (PEN 129 per night for a double) and I could not recommend it to anyone.

This review is the subjective opinion of a TripAdvisor member and not of TripAdvisor LLC
modiiwe
5220
Reviewed January 13, 2014
Nice rooms

The hotel looks dilapidated from the front and the common areas downstairs appear very cold and institutional, but the rooms are very nice. The rooms are large, have clean and ample bathrooms, the big beds are well equipped with blankets, and the room has a heater. Breakfast is inconsistent, but always includes eggs, but it is only served from 5:45 to 7:00 am. They knock on your door to wake you up at 6:45 if you have not had breakfast yet. Late sleepers beware! In fact, the main daytime reception guy was very annoying to me, insisting that I help his friend learn English and even trying to pressure me into postponing my sightseeing so I could converse with her. Creepy. Otherwise a good budget option.

This review is the subjective opinion of a TripAdvisor member and not of TripAdvisor LLC
Andrew G
3414
Reviewed December 22, 2013
Good low cost choice

Room was above average size (double bed room on 4th floor overlooking the park). It was a nice and easy walk to the main square. The room felt clean although there was a fairly strong mildew smell in the bathroom. The heater was nice to have in the room and the breakfast was decent (eggs to order). Internet just barely worked from our room but was enough to check email with. The staff didn't know much English but were willing to work through things with us in our broken Spanish. In the end, it definitely felt like we got more then we paid for.

This review is the subjective opinion of a TripAdvisor member and not of TripAdvisor LLC
Kelly P
Boston, Massachusetts
7349
Reviewed November 26, 2013
A great place to stay

I really liked this hotel, it fit very much with how the town was, very cute. The staff is super friendly and the rooms were warm - including a heater you could use if you wanted and lots of blankets. Both of which were very appreciated as it was freezing at night!
Hotel is walking distance from the markets and from some areas where you can go on short hikes/walks(which is really all there is to do in the town itself).
Has a nice living room and dining room including pool and comfy couches to hang out on.
Breakfast was good and warm and plentiful.
Highly recommended!