Circa 1894 gets my stamp of approval! a Must experience B&B and Spa

I enjoyed this B&B and spa so much with my husband that I went back the following month with a friend... the owners are truly delightful, the food is excellent, the spa experience was wonderful! and the beds allowed for a great night's sleep. More

Show less
Trip type: Travelled with friends
Review collected in partnership with this hotel
This business uses tools provided by Tripadvisor (or one of its official Review Collection Partners) to encourage and collect guest reviews, including this one.

Very pleased that you enjoyed your stay here at Circa 1894, and it was good to see you back again. We look forward to your next visit...go Packers!

Report response as inappropriateThank you. We appreciate your input.
This response is the subjective opinion of the management representative and not of TripAdvisor LLC
See all 11 reviews
Nearby Hotels 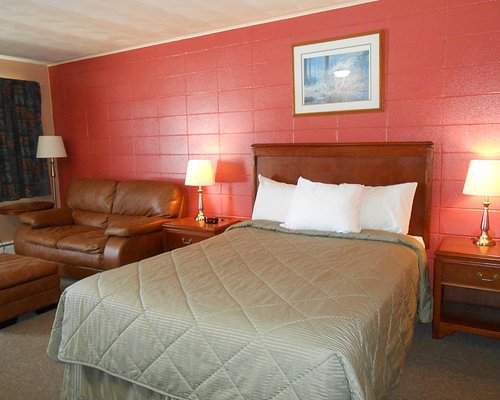 Aquarius Motel
US$70
Tripadvisor
View deal
Free cancellation
Reserve now, pay at stay
Expedia.com
eDreams
Orbitz.com
View all 12 deals from US$70
94 reviews
28.6 km from Circa 1894 B&B and Day Spa
We compared the lowest prices from 12 websites 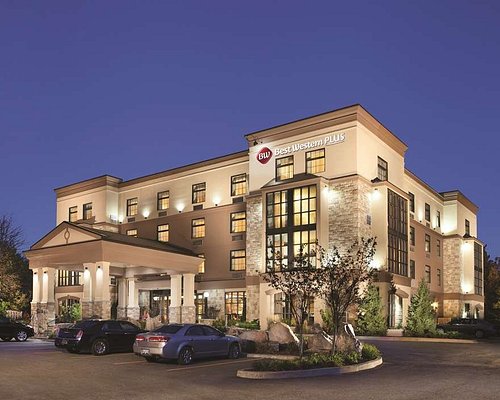 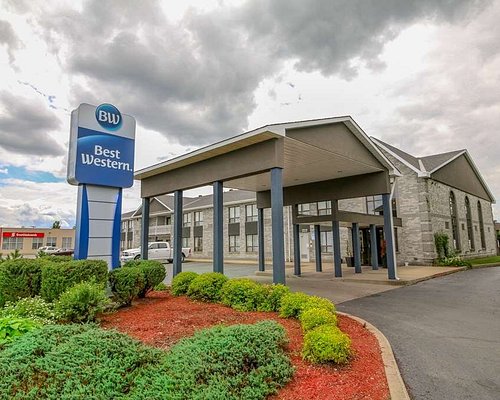 Hotels.com
View deal
Travelocity
Destinia.com
US$100
Expedia.com
US$107
View all 14 deals from US$100
21 reviews
67.5 km from Circa 1894 B&B and Day Spa
We compared the lowest prices from 14 websites
Quality Inn Arnprior

Taking safety measures
We compared the lowest prices from 17 websites
Calabogie Peaks Hotel
US$153
Tripadvisor
View deal
Pay up to 12X
Hotels.com
Priceline
Orbitz.com
View all 17 deals from US$153
338 reviews
41.9 km from Circa 1894 B&B and Day Spa

Taking safety measures
We compared the lowest prices from 17 websites
Holiday Inn & Suites Ottawa Kanata, an IHG hotel
US$136
US$119

Amazing home cooked meals. Most of the food is locally sourced.

Loved the spa and the sauna's. Clean friendly and environmentally friendly.

Trip type: Travelled as a couple
Review collected in partnership with this hotel
This business uses tools provided by Tripadvisor (or one of its official Review Collection Partners) to encourage and collect guest reviews, including this one.
Ask angela_j_dempsey about Circa 1894 B&B and Day Spa
Thank angela_j_dempsey

It is our pleasure to host those who appreciate all the things we are so passionate about. Looking forward to hosting you and your sister in the Day Spa again in October.

Report response as inappropriateThank you. We appreciate your input.
This response is the subjective opinion of the management representative and not of TripAdvisor LLC
nancyablack
Toronto, Canada
2
Reviewed September 14, 2016
Spaaaatacular!!!

Donna and Cam are both charming and have a serene presence that makes you feel already so familiar and relaxed at first introductions. Donna is a fabulous cook and breakfast is a filling and delightful treat. The three hot tubs and saunas will relax your tired bones to snuggle in for a most restful nights sleep. Enjoy!!

Room tip: The Moon room and or Rose room are both adorable!!
Ask nancyablack about Circa 1894 B&B and Day Spa
Thank nancyablack

We are thrilled that you enjoyed your stay, Nancy. It was a delight to host you and we look forward to your next visit. The tubs and saunas await!

Report response as inappropriateThank you. We appreciate your input.
This response is the subjective opinion of the management representative and not of TripAdvisor LLC
StephenM465
Toronto
298185
Reviewed August 2, 2016
Fine Place for a Stay

In the highly unlikely event that you need to be in this part of the world, there are precious few places to stay. Circa 1894 recently opened as a B&B and it's a fine place to stay. Donna is a wonderful host, and cooks up a delicious home made breakfast with the best preserves made by her cousin in Nova Scotia. She was most accommodating in having two different breakfasts (one far healthier, and one heartier) in the renovated old church that is their residence.

Beds are super comfortable, the rooms are well appointed, and I slept soundly for two nights here. We were unable to take advantage of the spa facilities, so no comment on that, but the decks would be a lovely place to spend a bit of time.

There's wi-fi (the password need to be asked for, as I didn't find it anywhere written down when we came in) to avoid the painfully slow mobile internet connection for those that have a need to search for pokemon in the area (I don't).

Your opening amused me, Steven, considering that Circa 1894 is perfectly positioned as a stopover between Ottawa and places south and west; we were filled to capacity on the Saturday of the Tulip Festival, in fact. But you are right that there are few places to stay, locally, so locals are finding our B&B and Day Spa very handy, indeed. Since opening in October, guests have been taking in the many attractions, including the festivals that make Lanark County such a wonderful place to live. We have filled up numerous times with guests who have been attending weddings, anniversaries, birthday parties, reunions, the Kilt Run, and, this weekend, we are even hosting a film crew. Believe it or not, three of these events were/are actually within walking distance of Circa 1894. Round that out with the folks that consider the B&B and Spa a destination and we are being kept hopping with guests from around the world; Beijing, California and, within Canada, our most distance to date has been Nanaimo, B.C. Kidding aside, thanks for the kudos. They are appreciated.

I have noted your point in regard to the wifi password. It is written on our guest registration form, which, because you landed in, in the wee hours after a day at the festival, you did not receive until breakfast the next morning. In the future, I will leave the form in the room, so that guests have access to wifi on their arrival. As well, I could have given it to you in advance, along with the keyless lock entry number, so thanks for bringing that to my attention. My granddaughter had already advised me that there were no pokemon to be found, so we are not on that map, as of yet. What an interesting craze that is. I think I am a fan, as I have never seen her so keen to walk.

As to acoustically separate rooms, the walls are actually soundproofed, so one could get away with making some noise, after all .

We look forward to hosting the two of you on the Civic Holiday weekend in 2017. Enjoy the rest of the summer.

Report response as inappropriateThank you. We appreciate your input.
This response is the subjective opinion of the management representative and not of TripAdvisor LLC
Silvenspire
Mississippi Mills, Canada
76
Reviewed March 18, 2016
Restorative Retreat - Oasis in Lanark

A friend and I had a "girlfriend" reunion at Circa 1894 this week. We only stayed one night but it felt like we'd had a complete spa holiday. Donna and Cam have done an amazing job turning a church into a sacred and beautiful B&B spa retreat. The bedrooms are cosy with lovely, comfortable beds. There are two guest rooms that open out to a private sitting area/kitchenette with TV and wall-mounted fireplace. The kitchenette is thoughtfully equipped with everything you need to make a snack or beverage.
The spa is in the same building as the suite. Indoors, there are change rooms, a tranquil sitting area with a fireplace and waterfall wall where gentle music creates a relaxed quiet area for reading and relaxing. Adjoining the sitting area is a massage/treatment room and two saunas. Outside, on three levels of decks, are two hot tubs and a steam sauna. The saunas and hot tubs are totally rejuvenating.
The entire place is sparkling clean and brand new. Cam and Donna are masters of recycling and green design and construction. They have artfully restored and redesigned a former church with custom woodworking, expert craftsmanship and an eye for building, salvaging, furnishing and gathering the perfect recycled materials, fixtures and decor items to create a most inviting and serene space to restore body, mind and soul.
We enjoyed a tasty lunch and wholesome dinner during our stay. The food is home-made from local products and Donna and Cam do everything possible to make you feel relaxed and spoiled. The spa can be booked for a few hours or you can spend several days being treated to total pampering in the first-rate facilities. We each had a deep tissue massage with Christa, an RMT and she skilfully worked out all our stress knots.
We were not expecting to find such well equipped spa with an array of treatments and luxurious, serene amenities in Lanark. Our stay was a total delight. Thanks Donna and Cam for sharing your cathedral of restoration with us. We'd recommend this as a getaway for couples, girlfriends or by yourself for several hours or days any time of the year!

Room tip: Bedrooms (2) share one sitting room/kitchenette and bathroom. The RV would be more private if there are other guests at Circa.
Ask Silvenspire about Circa 1894 B&B and Day Spa
Thank Silvenspire

Ahh, I am here to respond to a more recent review and notice that my response to the initial one, yours, did not ‘take.’ I may have hit ‘review’ instead of ‘submit.’ Oops…hopefully, I am not such a newbie anymore.

Wow, such a wonderful description of the B&B and Spa. Down to the letter, the two of you really got/caught what we are about. I am thrilled that you enjoyed it and it was our pleasure to be your hosts. We look forward to spoiling you again, anytime you can make the trip.

Report response as inappropriateThank you. We appreciate your input.
This response is the subjective opinion of the management representative and not of TripAdvisor LLC
View more reviews
PreviousNext
12
<script type='text/javascript' crossorigin='anonymous' async onerror='__scriptLoadError(this,true);' src='https://st