Going to Cayman Brac on the spur of the moment, you don't need that much.  Grab your snorkeling gears, flippers, good pair of terrain or walking shoes, your fishing gear.  Of course, don't forget your swimwear, your camera, a good ounce of sunscreen and of course, if you're planning to explore the caves, bring a flashlight. 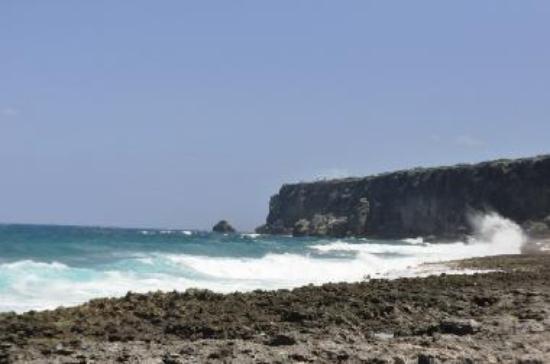 Cayman Brac is totally different from Grand Cayman.  If you think that Grand Cayman is a perfect getaway from the hustle and bustle of the city life, Cayman Brac is the paradise and Grand Cayman is the city to most Bracers (brac-kers).With the island having over a hundred feet bluff, it's far away from the flat setting of Little Cayman and Grand Cayman.  The bluff is the main center of the island where in the locals use the caves as shelter from hurricanes.  There are a lot of caves to explore, Rebecca's cave for one tells a story of an 18 month infant who died in the cave while the locals were hiding in the cave during the 1932 hurricane.  Little Cayman is 5 km away from the Brac.

On flights, there's a flight from Miami by Cayman Airways that goes directly to Cayman Brac then to Grand Cayman.  Otherwise, flying down to Cayman Brac from Grand Cayman would be the Twin Otter plane (propeller planes).  You might want to plan on when to go because going in a windy day might prove to be uncomfortable.  It's approximately 40 minute flight or a 25 minute flight with a jet.  The airport is small and maps are available at the airport and cabs are available on call.

Important things to take note before taking the trip, check the weather before flying out.  It would not be a good trip flying in with rain and hurricane coming along the way.  Drop by the bank and withdraw enough cash to fund your trip.  There's only one bank (Cayman National) in the island.  U.S. Dollar are accepted.  Make sure your hotel is booked and with that done, you're good to go.  For nature buffs, there's a little bit of everything for things to do: snorkeling, diving, hiking, cave exploring, etc.

Car rental companies are available in the island and it's not too expensive.  You need to be at least 23 with a valid drivers license to rent.  It will take two days to go around the island by car (exploring included) as it is a lot bigger than it looks by the map.  Don't forget to buckle up or be buckled under (signs you'll see on the road in the Brac). There's one police station and crime in the Brac is basically non-existent.

Stores and supermarkets close early.  Just be prepared.  They close around 5:00p.m. or 5:30 p.m.  Gas station approximately by 9:00p.m.  Sundays are holy days so everything will be closed.  Just keep yourself well stocked if you're staying in vacation house.

Things to do in Cayman Brac: